It will be symbolic special stage at the Yas Marina Circuit in Abu Dhabi that raises the curtain on the 2015 FIM Cross-Country Rallies World Championship. Paulo Gonçalves will be out to defend his victory in last year’s edition. With the competition now celebrating twenty-five years of history, including twenty… read more. 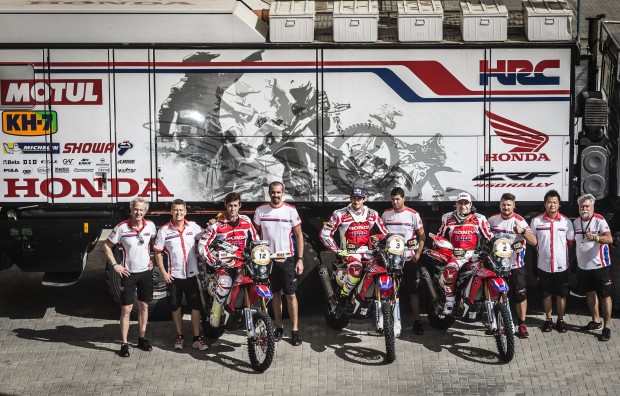 Team HRC back to work

The action returns once more as we bid farewell to silly season. It will be sand, dunes and competition galore as the first race of the FIM Cross Country Rallies World Championship – the Abu Dhabi Desert Challenge – fires up this weekend and Team HRC will be right there… read more. 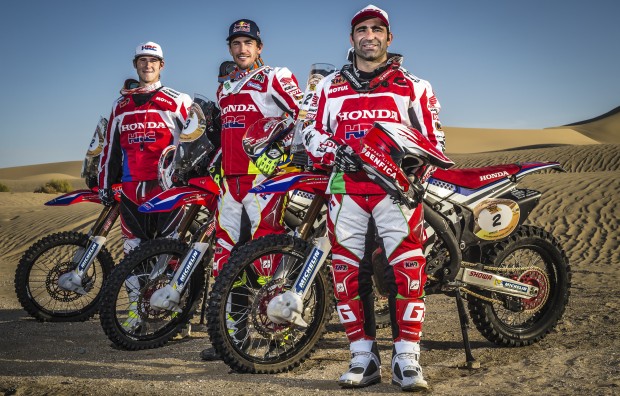 Joan Barreda: “We’re arriving in Abu Dhabi eager to win and without pressure”

Countdown to the new rally season. It’s ten weeks since the Dakar 2015 ended and Joan Barreda is now all fired up and ready to get down to business with Team HRC at the Abu Dhabi Desert Challenge. Back to the grind! Joan Barreda is a man on mission: to… read more. 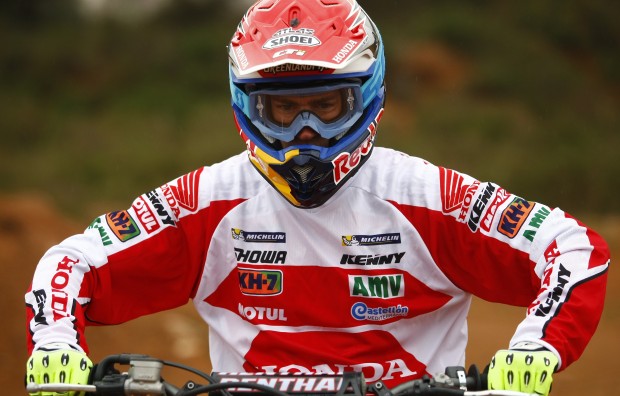 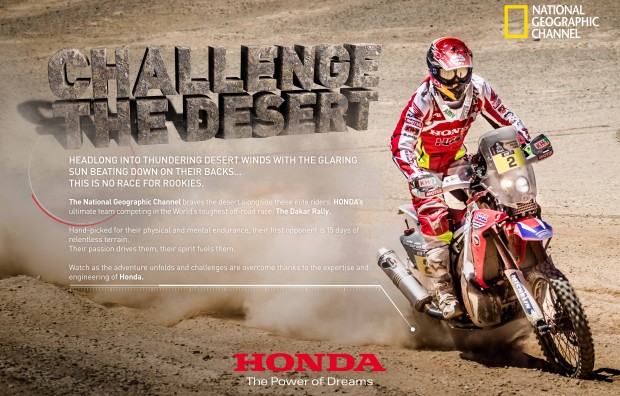 Team HRC will be back

Seven stage victories, leaders for half the rally, overall runner-up place for Paulo Gonçalves and ninth spot for Laia Sanz, add up to a more-than-positive final report-card for Honda and Team HRC at the Rally Dakar 2015. The team will be back next year to win. Just one day after… read more. 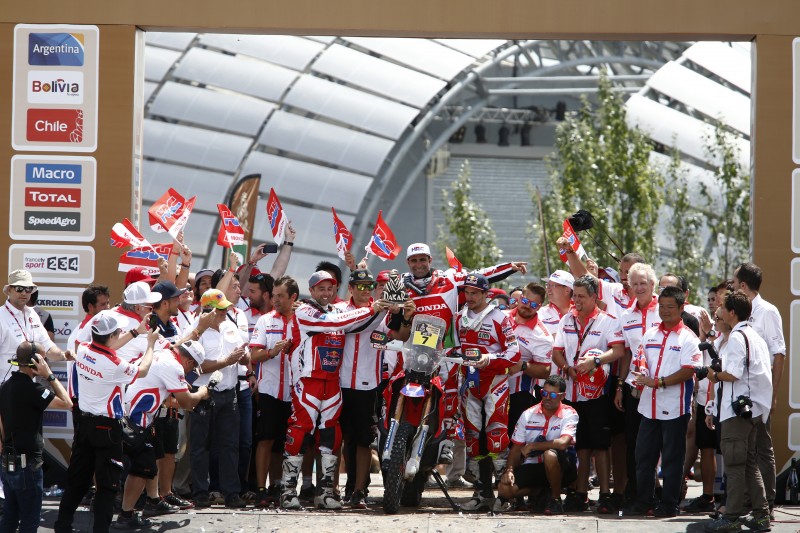 The Dakar 2015 ends after circling the loop and ending up back in Buenos Aires a fortnight later, bringing new successes for Team HRC. Paulo Goncalves finishes the world’s toughest rally in second place, while Laia Sanz breaks new ground with an unprecedented ninth place overall finish. After picking up the… read more. 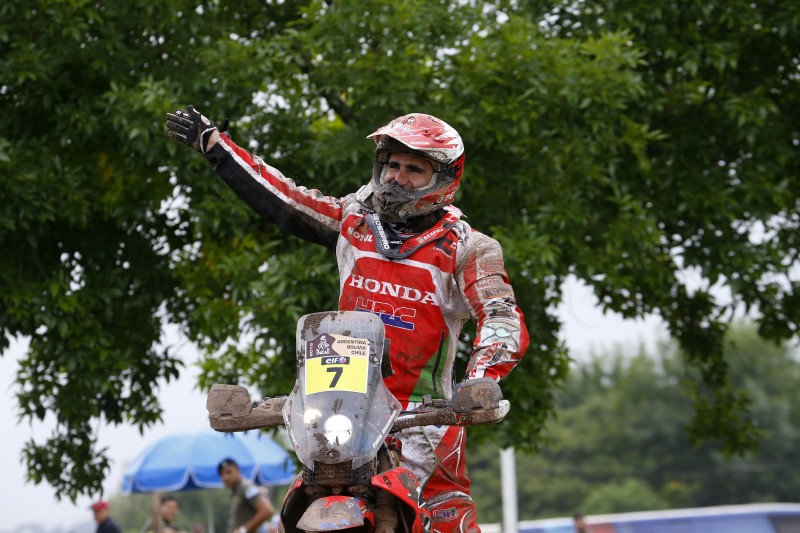 As the Dakar draws towards its conclusion, the final push to secure podium places continues. The penultimate stage sees Paulo Gonçalves defend his overall second. Barreda finishes the stage second, as Laia seals tenth spot on the day and eighth in the general rankings. Paulo Gonçalves has refused to throw… read more. 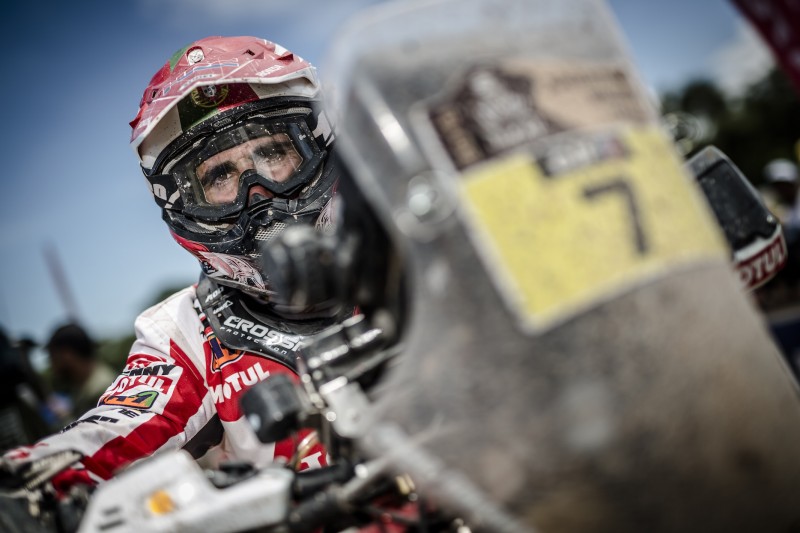 A fourth win for Joan Barreda brings the Honda CRF450 RALLY a seventh triumph in the Dakar 2015. The Spanish athlete, first away this morning after yesterday’s marathon stage win, was also first to cross the finish-line in the Circuit of Termas de Río Hondo. Barreda, who has clearly put… read more. 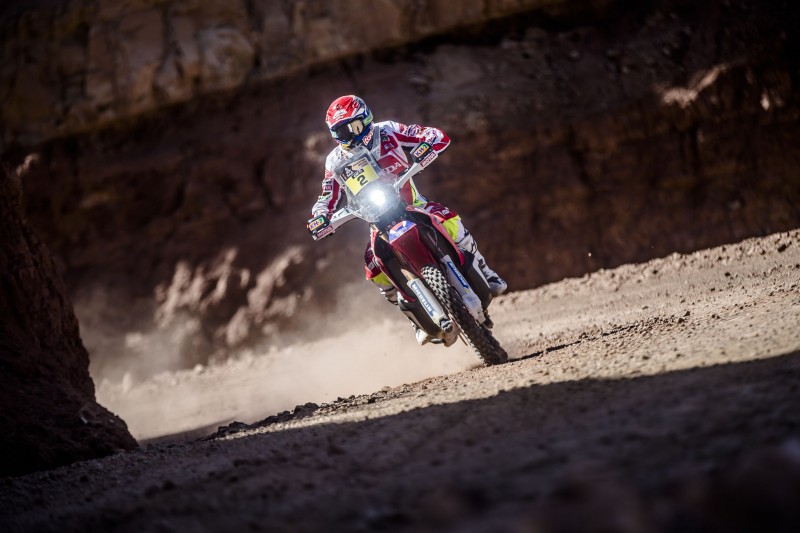 Joan Barreda accelerates his way to a third win in the Dakar 2015 as the tenth stage concludes in Cachi, Argentina. Paulo Gonçalves holds second place outright, and Laia enjoys eighth overall. With six out of a possible ten stage victories, the Honda CRF450 RALLY has been the runaway winner… read more. 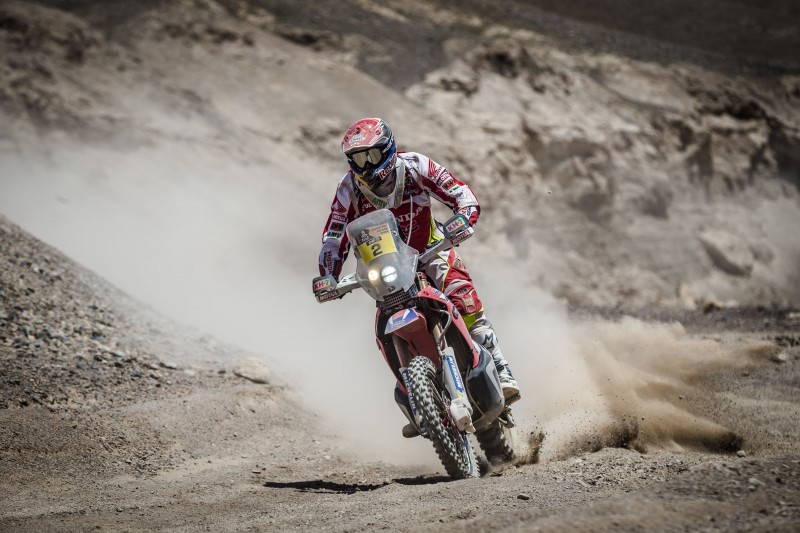 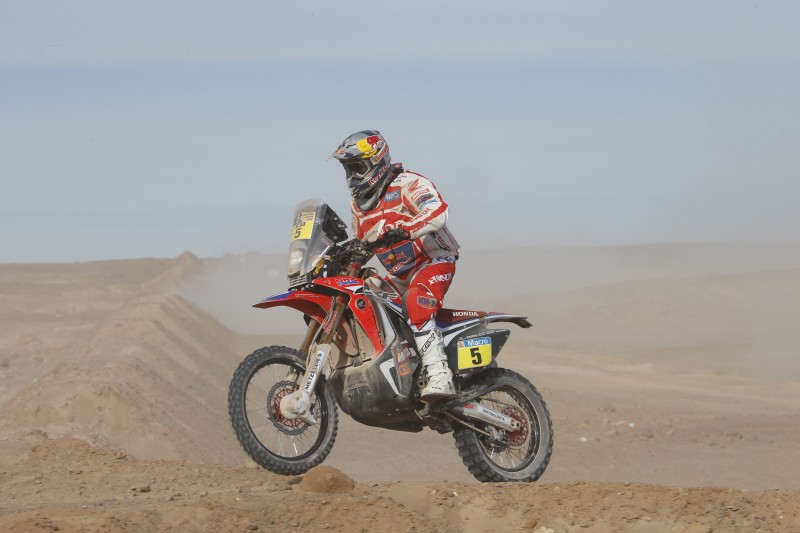