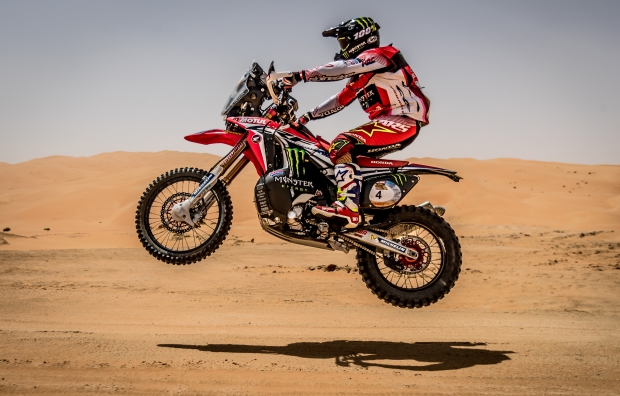 Monster Energy Honda Team make their biggest impact on the Abu Dhabi Desert Challenge so far: a stage win and overall leadership for the Honda CRF450 RALLY duo in the penultimate stage.

The fourth and penultimate stage in Abu Dhabi, held in the dunes of Liwa desert, proved to be a highly-tactical affair. The competitors, who on paper, stand a chance of overall victory had their focus more on the final stage rather than the win in today’s special. Paulo Gonçalves, who set off from fourth place, caught the front-runners who had started out earlier and rode with the group until the stage-end, as has been the pattern over the whole rally so far. Monster Energy Honda Team’s Portuguese rider finished the day with the fastest time of the group and thus retakes the overall leadership as he had done on the second day.

The speed of the top competitors was perhaps marginally slower than on previous occasions which allowed Kevin Benavides, starting from behind, to pick off the riders ahead. After overtaking various adversaries the Argentine crossed the line in Hamim with the day’s quickest time. This marks the first win for the rider after coming back from injury, showing that Benavides lacks neither the hunger for victory or the pace on the Honda CRF450 RALLY.

The fifth and final stage of the Abu Dhabi Desert Challenge will conclude with the return of the riders to the Yas Marina Circuit complex, after a total trek of 219.76 kilometres against the clock, to decide the final outcome of the rally. In the 2015 edition a heavy sandstorm led to the final stage being cancelled outright.

We have finished another stage – the fourth of the Abu Dhabi Desert Challenge. I did what I had to do and finished in front of the riders who started before me. There is one day still left to go and I know that I don’t have the best position to start from because the others starting out from behind will try and catch me up. I will try and fight right up to the final metre and try and finish in the best position possible.

I’m very happy. This victory means so much to me. This represents all the work that I have put in since I had the fall. It has been a new apprenticeship and a new start to the race and it will really help my confidence. Even if I have no chance of winning after the sanction yesterday, to fight and win a stage like this means the world to me. 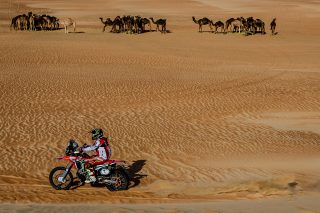 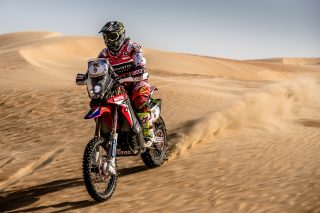 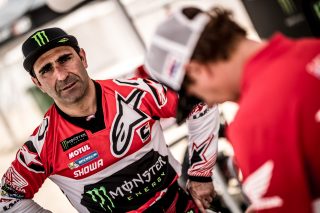 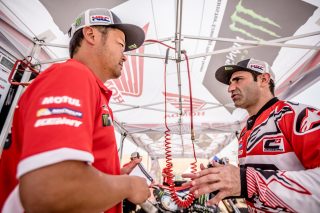 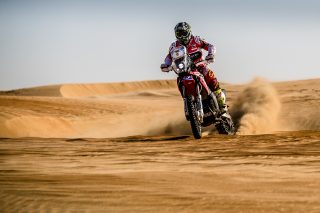 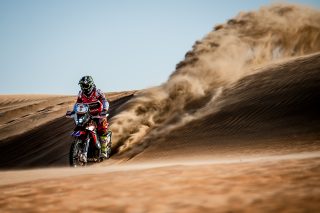 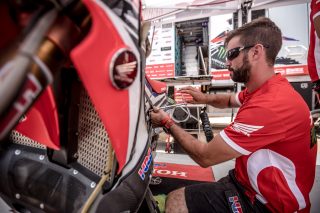 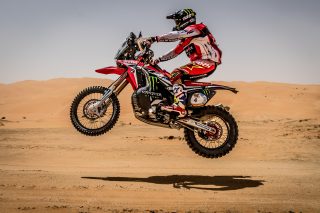 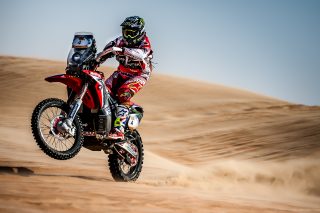 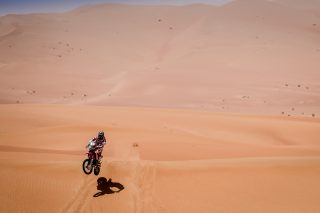 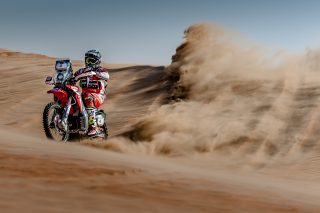 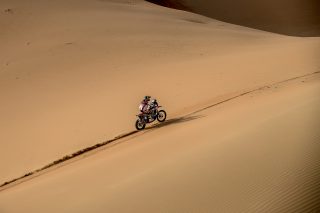 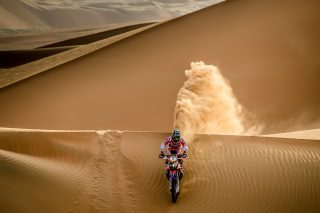 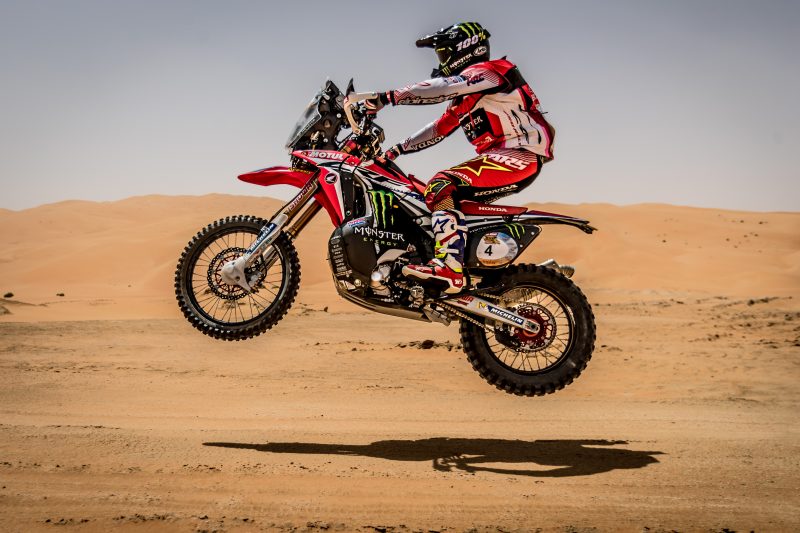