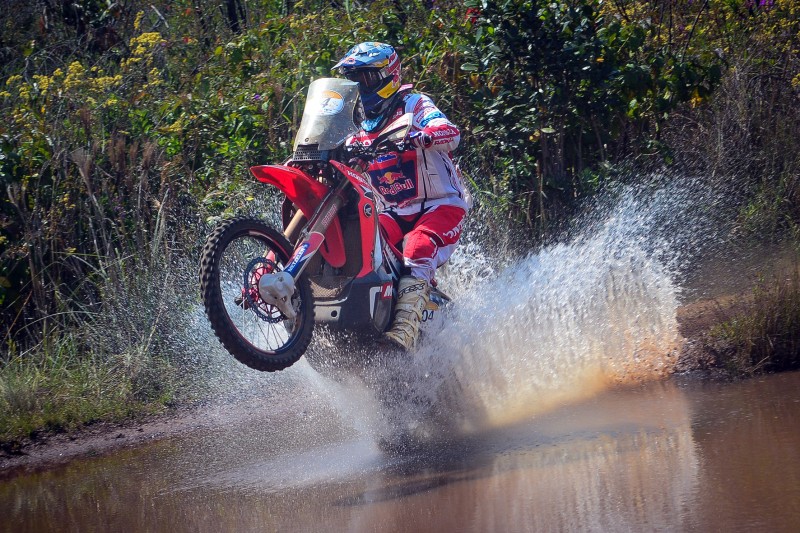 Paulo Goncalves and Team HRC put in yet another fine performance, in this, the fifth race of the FIM Cross-Country Rallies World Championship held in Brazil. The Rally dos Sertoes ended with a victory for the Honda CRF450 RALLY rider, who has won five of the eight specials disputed.

It was good work all round in the Brazilian Rally dos Sertoes from Team HRC, as Paulo Goncalves – last year’s winner- took second place, in a competition in which he waged a constant daily battle for each stage, always making life difficult for the eventual winner.

The seventh and final stage of the Rally dos Sertoes was held between Diamantina and Belo Horizonte, with an initial link of just over 54 kilometres. The route of the 125 kilometre special took in rutted tracks, several river crossings, and a fair share of pot-holes. There was even a bit of trial as the route zigzagged its way up a hillside, before straightening out into faster stretches. The arrival in Belo Horizonte, the capital of the Minas Gerais region brings the twentieth edition of the Rally dos Sertoes to a close.

Paulo ‘Speedy’ Goncalves began the final day in search of victory, perhaps recalling last year’s editon in which he took the title. The rider set a cracking pace and once again, won the special, his fifth win in this Sertoes (four stages and the prologue), proving that both he, and the Honda CRF450 RALLY, are once again, highly competitive.

Team HRC team-mate Helder Rodrigues finished in a respectable fourth place, after local boy Jean Azevedo, from Honda Brazil, had spent a week demonstrating his competitiveness and succeeded in pipping his Honda rival to the third podium place.

Next event for Team HRC will be the Rally OiLibya Maroc, held in Morocco from 3rd to 9th October.

"The Sertoes 2014 is over. I won five stages and I’m very happy with the work that Team HRC and I have done: we’ve done a great job. I wasn’t able to win the race, as Marc [Coma] has performed at a high level, but we will keep fighting in the future. We’ve got one more race to go in Morocco, and we’ll see who becomes the new champion . I will continue to work hard to achieve this."

"Today we disputed the final day of the rally. I’m pleased with my fourth place and for Paulo [Goncalves] who finished second. We all wanted more, but in the end the work that we’ve done has been good, particularly ahead of the next Dakar. The bike has been great throughout and we’ve done a lot of hard work in the race. Many thanks to Honda and the rest of the team for all their help."

"Today we finished Rally dos Sertoes on a high note. Paulo could have won the final stage by shortening the gap with Marc Coma. Unluckily, it was not enough to take the overall victory, but it was an impressive head to head race between the top riders of the last one and a half years in the world championship. The same picture as in many other races, so we are very happy to be so competitive here in the Sertoes Rally. We were unable to defend last year’s title, but we showed great sportsmanship. Also, Helder Rodrigues had a great race, just narrowly missing the podium. He hadn’t raced here for a few years, but has improved in everything. Overall, a very nice result for Team HRC and we look forward to the end of the season in Morocco, where the world championship will be decided between Paulo and Marc. Thanks to everyone for their support." 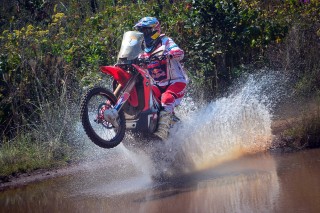 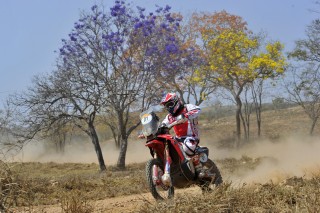 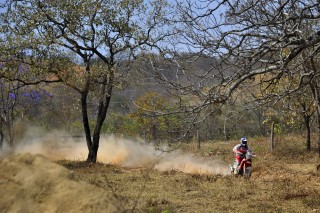 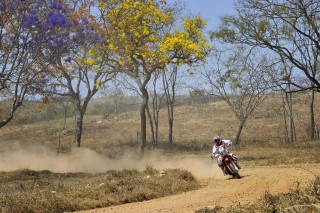 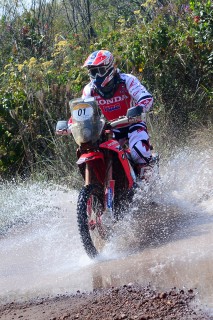 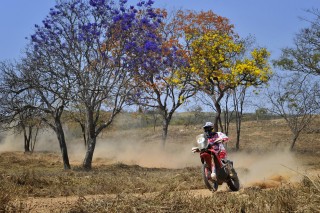