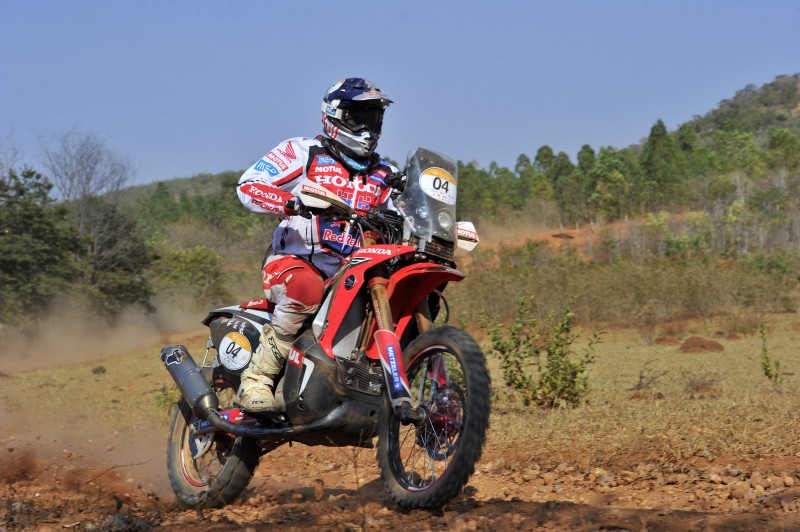 The Honda CRF450 RALLY proved itself to be highly competitive in a taxing Rally dos Sertoes, in the hands of both the five-times special winner Paulo Goncalves, and Helder Rodrigues, who was on the podium twice.

The machines were certainly subjected to a vigorous work-out on a route that featured just about every type of terrain that nature could muster. One minute the riders were speeding through forested zones, the next, choked in clouds of dust. There were trial-like climbs, sand, and highly demanding routes that tested both physically and technically. Yet, not even this was able to dent the performance of the two Hondas, who finished in top positions on a daily basis.

Paulo Goncalves finished the 22nd edition of the Rally dos Sertoes in second place, just three minutes adrift of Marc Coma, the championship leader. ‘Speedy’ goes into the last race of the championship calendar in Morocco, with title options still in his sights.

It was also an admirable performance from Helder Rodrigues with a fourth final place, which leaves the Portuguese rider with chances of finishing the world championship high on the leader-board. Helder currently lies in fourth overall position, eight points behind Team HRC stable-mate Joan Barreda, who didn’t participate in the Sertoes.

Team HRC would like to thank the Honda Brazil team for their collaboration in this race, facilitating the work of the team throughout, and congratulate rider Jean Azevedo, who battled his way to third place overall on a Honda CRF450 RALLY.

Next port of call for the FIM Cross-Country Rallies World Championship will be the Rally OiLibya Maroc for the sixth and final date in the calendar, held from 2nd to 9th October, where Team HRC play their final hand prior to the 2015 Rally Dakar.

"The fifth race of the 2014 FIM Cross-Country Rallies World Championship, the Rally dos Sertoes, was really interesting and successful for Team HRC even if we weren’t able to achieve the target and win the race. But we fought until the final day of the rally with Paulo Goncalves, who won most of the stages – four plus the prologue- and finished just a few minutes behind Marc Coma. This proves that our CRF450 RALLY bike is very competitive, with no problems at all during the rally. Also, our second rider Helder Rodrigues finished fourth in the rally, where he has been able to improve both his skills and racing technique.
Rally dos Sertoes is very different from the other rallies, and is particularly demanding for both the rider and the machine. It’s a very good test ahead of the Dakar, which is the main aim. The next race in the Dakar preparation is the Morocco Rally, where we will be racing with all five riders. We will present the riders in the GP of Aragon on the 25th September, where the new configuration of the team will be shown off to the press."

"I joined up with the team in Diamantina, before the arrival in Belo Horizonte, to support the team, together with Martino Bianchi. The result for our two riders Paulo Goncalves and Helder Rodrigues, is a really good one. They’ve got a great result and no problems have arisen. We weren’t able to win this time: Paulo was second, and Helder finished in fourth, but we were able to make the necessary fine-tuning ahead of the next race in Morocco, which is to be held soon at the beginning of October. We have worked very hard for the Dakar, besides the races we have also done some training. Everything will be put to the test in Morocco, where we hope to be able to get a good result. To finish, I should mention the great support that we have had from Honda Brazil, who had lent us a large truck and various other support and personal vehicles. We are very grateful for the support, and offer our thanks for the effort that they have made. See you soon!" 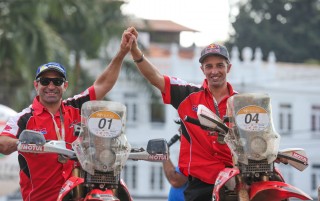 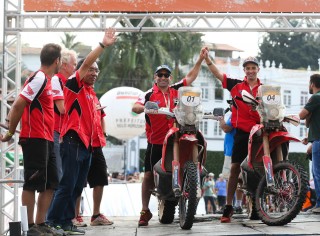 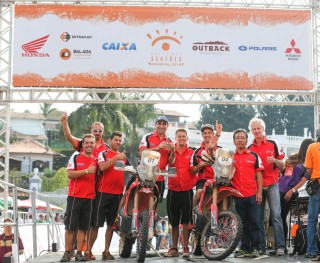 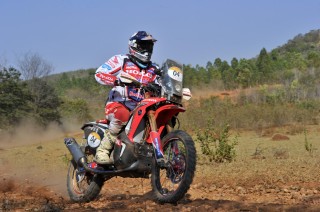 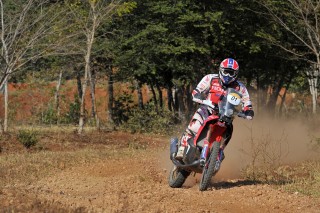