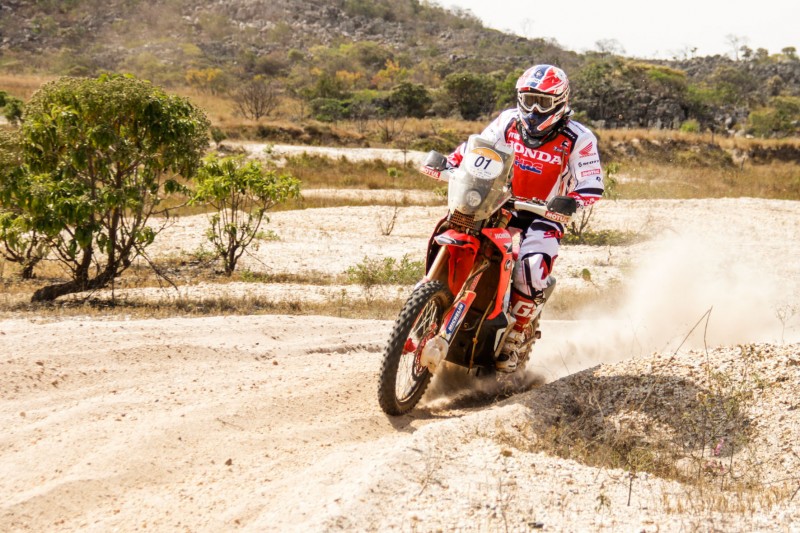 It was another day of triumph for Paulo Goncalves in the Rally Dos Sertoes, which saw the Team HRC rider very focused on achieving victory in the final part of the race. Helder Rodrigues finished the stage in sixth place.

With just one stage remaining in the Rally Dos Sertoes –the fifth race so far in the FIM Cross-Country Rallies World Championship- reigning champion Paulo Goncalves continues to fight nail and tooth in each stage to hold on to his position as world’s number one.

Today’s stage was without the usual link, which meant that the bikes were against the clock from the minute that they headed out of the parc fermé. The stage passed first along an old railway line full of loose rocks requiring a lot of demanding navigation. It was then on to a very fast section needing special attention to the speed controls lining the course, before the route headed up some mountainous areas, along narrow rutted tracks, and passed through numerous fords.

Today was another exhibition of the Portuguese rider’s handling skills, which has brought him four victories (three stage wins and the prologue) so far in the Brazilian race. But it proved to be far from easy. ‘Speedy’ set out to catch up with Jean Azevedo, from the Honda Brazil team, but found himself facing a wall of dust that made overtaking near impossible. In spite of this, Goncalves pushed hard and managed to whittle several minutes off the deficit with overall race leader Marc Coma, reducing his advantage to 4 minutes 36 seconds. Paulo will be aiming to win the Sertoes, and to do so, he will be battling every inch of the way, as he did in last year’s edition.

Helder Rodrigues is aiming for a podium place, although he lost some time today in one of the race’s tougher sections; a stretch that proved difficult to reduce the gap with Jean Azevedo, who managed to finish the stage as runner-up. Helder was nevertheless, able to hold on to his fourth place in the overall standings. Tomorrow will get one more chance to attack for the podium.

"Today was a great special. I started from a good position and attacked right away. At kilometre 90 I caught up with Jean Azevedo. It was difficult to overtake him because of all the dust and it was very dangerous. I won the special and I closed the gap on Marc by two minutes, but winning the race will not be easy. There is a difference of four minutes, which is significant, but we have one more day of racing, and in a rally like this anything can happen. I’ll keep fighting until the end. I’m pleased that the CRF450 RALLY is working so perfectly, and it has proved its worth over every type of terrain. Team HRC has done a great job out here."

"It has been a great day for us all. It was a stage with a bit of everything; sand, rocks... a bit of navigation.... I felt pretty good and I forced it a little. At kilometre 140 we had a slow section with a lot of curves and that cost me a bit of time. I stayed focused on getting to the end. I wanted a podium place, but Jean [Azevedo] has been really good and he took two minutes off me. So tomorrow, let’s see. I’ll be doing my best to finish well."

"Today Team HRC finished the second part of the marathon stage in a very convincing way. Paulo was able to achieve another stage victory and closes the gap on the leader. Also, for Helder it was a great day, he was able to defend his overall fourth position. He tried to attack to get onto the podium, but his direct rival Jean Azevedo, from Honda Brazil, did a very good job. Overall, everything went well and we managed to pass the two days without major problems. It’s been a good preparation for the two final days with a last chance to attack and improve the result." 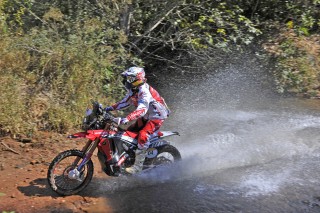 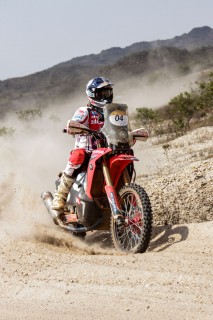 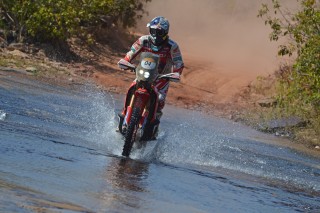 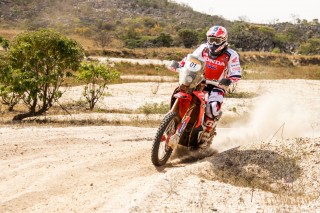 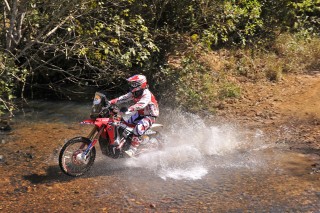 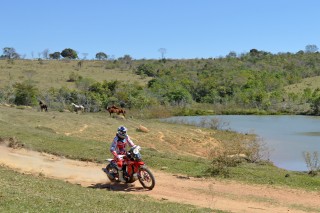