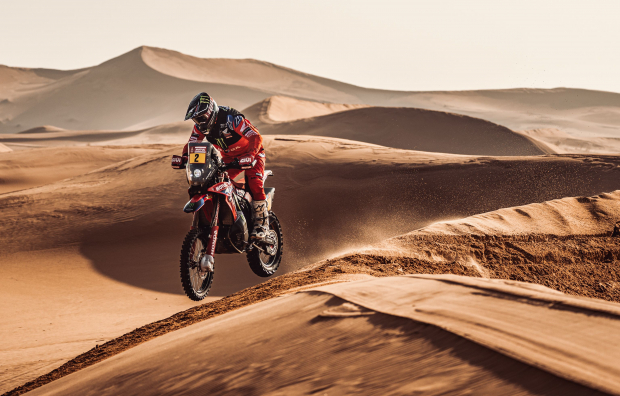 Monster Energy Honda Team riders turned out solid performances in today’s looping Al Qaisumah special, with sights firmly set on tomorrow’s longest 2022 Dakar Rally special. Brabec, Cornejo, Barreda and Quintanilla will all be looking to make up time and positions by the time they reach Riyadh.

Today’s third stage played out over an unscheduled loop in Al-Qaisumah on an altered route, shortened to a 255-kilometre special and a 380-kilometre link section. There were 214 kilometres of liaison to be tackled on this chilly morning, with temperatures below 10°C, before reaching the start of the day’s timed special. The stage was raced over fast sandy tracks, some type two dune ridges and some twelve kilometres of off-piste tracks.

Ricky Brabec was Monster Energy Honda Team’s best-placed rider today on this third stage, finishing sixth on the day in RallyGP after having set off from fifteenth position. Fine work for the American who is attempting to claw his way back up the rankings stage by stage.

José Ignacio ‘Nacho’ Cornejo made a good recovery in the shortened special. The young Chilean continues to make notable progress, posting eleventh, a little over five minutes shy of the day’s winner. Barreda’s role as the day’s track-opener could have gone far worse for the Spanish rider who had been expected to drop considerable time compared to the frontrunners. By the end of the day Joan had only conceded ten-and-a-half minutes to the eventual stage winner. Bang Bang currently holds twelfth place, less than 24 minutes behind the overall rally leader. Pablo Quintanilla planned the day with tomorrow’s stage in mind, however, he dropped a fair amount of time to finish twenty-second, although holding on to an intermediate position in the general rankings close to his main rivals.

The fourth stage will see the entire Dakar bivouac transfer to the Saudi Arabian capital, Riyadh. It will feature the longest special stage of the race, with 465 kilometres out of a total distance of 707 kilometres. From Al Qaisumah, riders and drivers will encounter a myriad of terrain types, each one more demanding than the previous: some 200 kilometres of fast track, dunes, rocks and stones and oueds – dry rivers crossings – which could cause some shake-ups in the general standings.

The day was fine. The rain a couple of days ago meant that the sand and dirt is still quite wet. When you start up in the rear of the pack, there’s not much navigation and you can see the lines go forever across the valleys and the dunes, so it makes it pretty easy from the back. Today was a fast day, one of the fastest. It's only day three but we're a little bit behind. We'll wait to see how it goes tomorrow and we'll keep pushing to see what happens at the end.

A sandy stage, with a lot of dunes and some navigation. I pushed at the beginning with some good pace in case anyone made a mistake and I would be right there. The important thing will be tomorrow's stage, and at the end of the day I realised that the bunch in front of me navigated well and I slowed down a bit, dropping a few minutes. Tomorrow will be the longest special stage of the rally and possibly one of the most difficult. We have a good position to attack tomorrow. We'll see if we can make up a few minutes in the general standings.

I'm happy with today's stage. It was a long and entertaining one. The times were very tight, so you couldn't make much of a difference, but it was possible to get a good position for tomorrow's stage. I think it went well and I didn't lose any time to the stage frontrunners, so we'll try to make it up day by day focusing hard. We'll see what's in store for tomorrow, hopefully it will be more linear and more fluid and with a bit less navigation than yesterday.

It was a good stage, I think I didn't do too badly. I opened the entire special and I felt strong, with good navigation until about kilometre 200, where there was a waypoint in the dunes that took me a few minutes to validate. I think I lost about 10 minutes until the group arrived. In any case, I'm happy with the job done today. 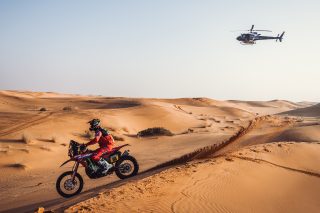 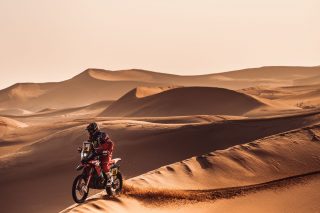 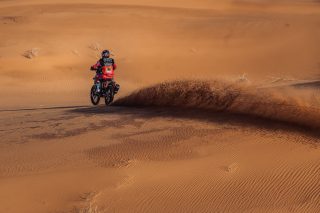 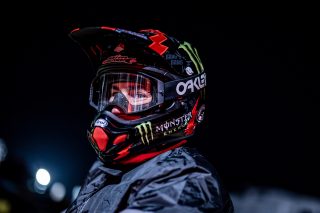 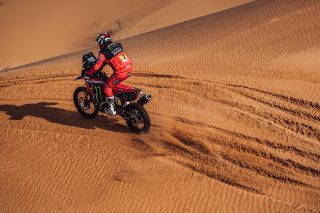 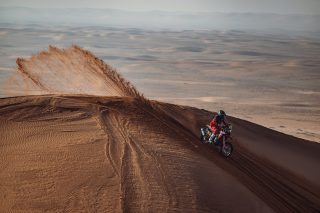 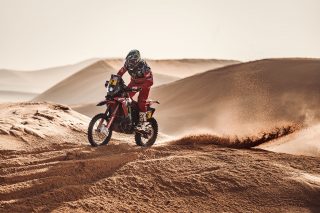 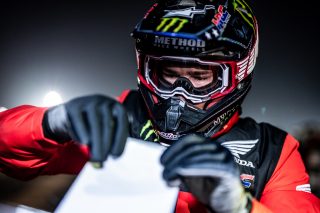 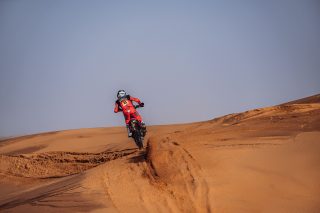 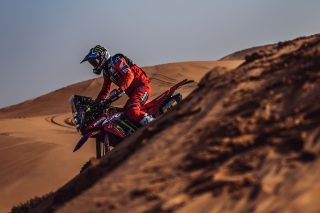 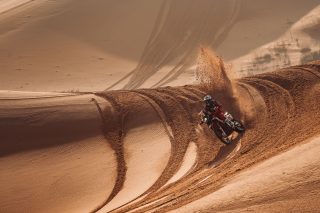 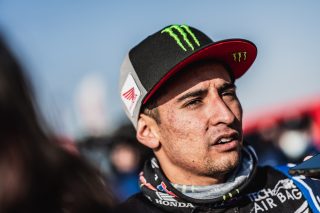 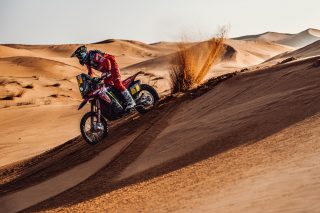 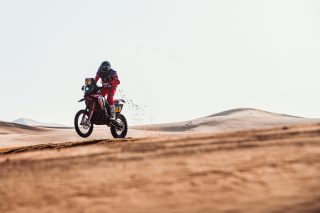 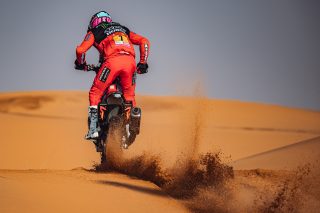 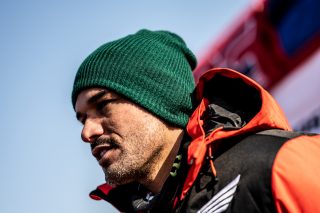 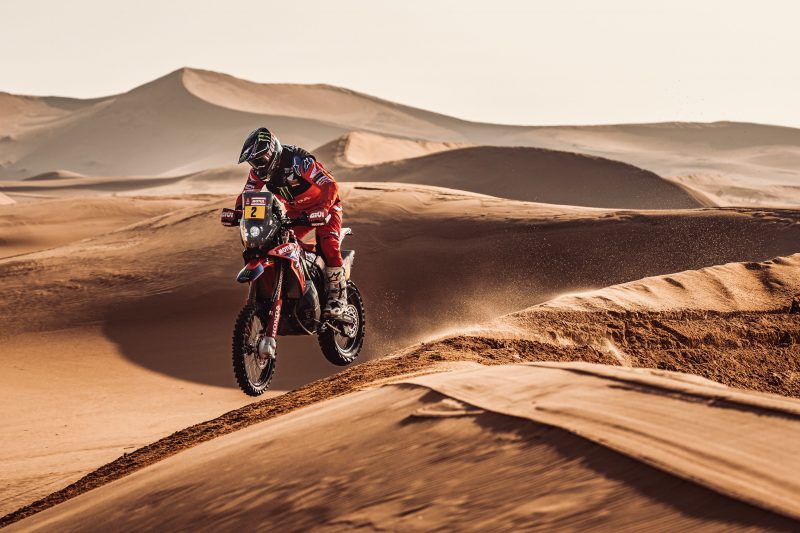