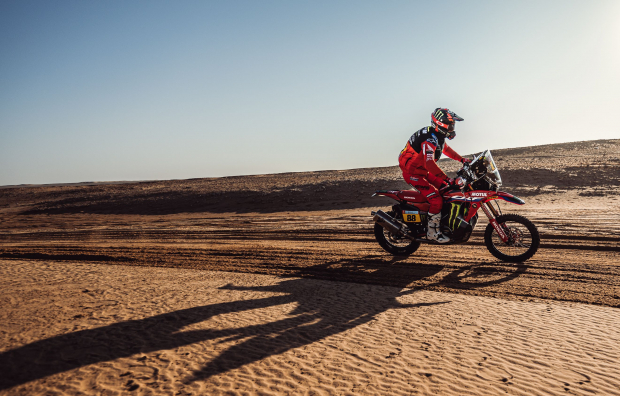 Joan Barreda pushed his Honda CRF450 RALLY to the limit over the 465 kilometres of today’s special – the longest of the Dakar Rally – to finish with the day’s top time at the finish in Riyadh. Chilean rider Pablo Quintanilla put the icing on the cake for Monster Energy Honda Team by clinching the runner-up spot.

79% dirt, 12% dunes, 7% sand and 2% dried-out lake were on the menu for the longest stage of the 2022 Dakar Rally, with a 465-kilometre special and a total trek of 707 kilometres. A trial by fire for all those involved. There was a mix of different terrain types to be negotiated and some navigation too. All in all, a high-paced affair that would begin to mark out the riders who will end up in possible contention for the final Dakar prize.

The starting order for this fourth day set the stage for a promising race, particularly for Joan Barreda who came out guns blazing, firmly intent on victory, but also on improving his position in the general standings. With flawless riding and navigational prowess, the Spanish rider reached the finish-line in Riyadh the clear winner and currently holds seventh position, just over thirteen minutes shy of the overall leader. Tomorrow, Barreda will open the track with his rivals in hot pursuit. Joan was penalised one minute for exceeding the speed limit in a radar zone.

Pablo Quintanilla also performed well. An advantageous starting position also helped him follow the trail of his team-mate. The Chilean turned out a very steady stage, consistently among the top three, climbing up one position in the order in the latter half of the day. Quinta’ improves on his position in the table and now lies sixth, eleven minutes and thirteen seconds behind the race leader.

Ricky Brabec, who set off from sixth this morning in Al Qaisumah, had a fairly good day, posting tenth, but Brabec also received a two-minute penalty for speeding in a controlled area. While, José Ignacio Cornejo finished twelfth, looking more at ease on the bike as the days go by, in spite of a minor navigation mistake earlier in the special.

Stage 5: 214 kilometres of liaison sections, 346 kilometres of special stage, making a total of 560 kilometres on the day. Starting and finishing at the bivouac in Riyadh, competitors will face a new loop on this Dakar, although it won’t be the last one. The changes of terrain from dirt to stone-littered tracks will put a strain on the physiques of even the toughest riders in the opening half of the special. If that were not enough, then 50 kilometres of dunes will divide the wheat from the chaff.

Today’s stage was good. It was the longest stage of the rally and was supposed to be the most difficult, but as it was the longest it was good to make up or lose a lot of time. Today was a good day for us. We did well. We caught the front group around the second refuelling, so there we rode as a group together. I did a good job. I didn’t lose too much time. I lost some time to my team-mate Joan who was wild. He was on the gas and him and Pablo are doing great. If we were to delete the first day, I think that the team would be sitting one-two-three. It’s rally things, like this happen. I suffered a speeding penalty today – my mistake. I sped into the speed zone a little bit late. I lost huge on the first day and I’m kicking myself. It’s a long race and we have many days left.

It was a long special, without too much navigation and with a dune sector of about 50 kilometres. I'm happy with the way I rode today, I tried to push from the back. I was expecting more complicated navigation. I felt comfortable, at ease, with good pace and focused on the roadbook, so as not to miss any tracks and be able to make up some minutes in the general standings.

Today was a good stage; the longest special stage of the rally. The intention was to push to try to make up time. It was a very fast stage and the gaps were not very big. I made a slight mistake where I lost about three minutes. Apart from that, it was a solid, all-round day and I'm happy about that. I had some good pace and I feel good on the bike, which is working perfectly. We have to hope for some difficult days ahead so that we can take advantage of the navigation to try to recover and move up in the general standings.

I'm very happy with today. It was a very good stage and I achieved another win. We did a very good job from the first moment of the special. We had different terrains: sandy tracks, dunes, rocks and with some navigation. I tried to keep calm, follow our course, but pushing hard and I think we did a great job and I'm very satisfied and happy with it. 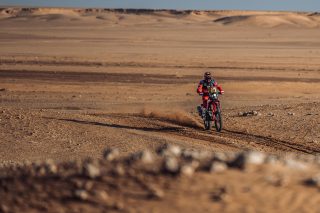 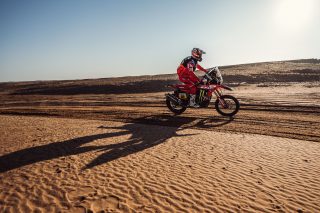 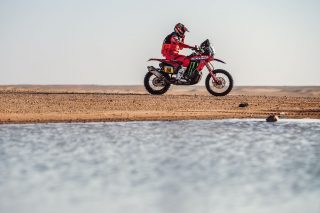 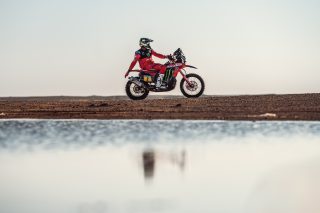 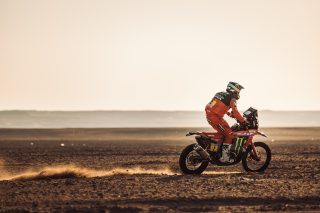 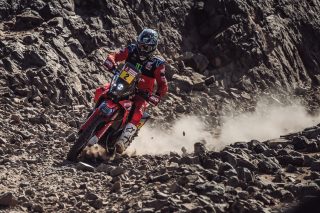 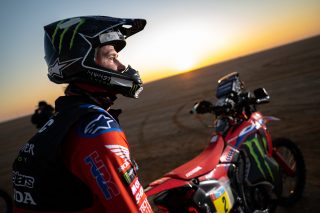 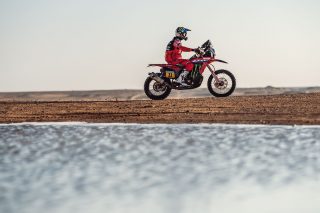 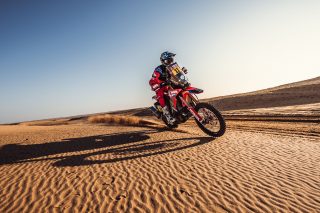 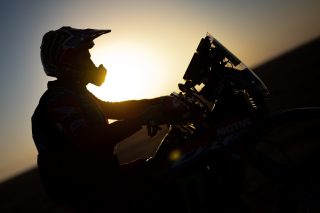 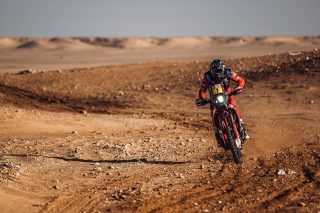 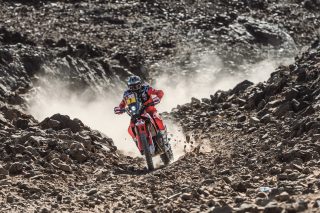 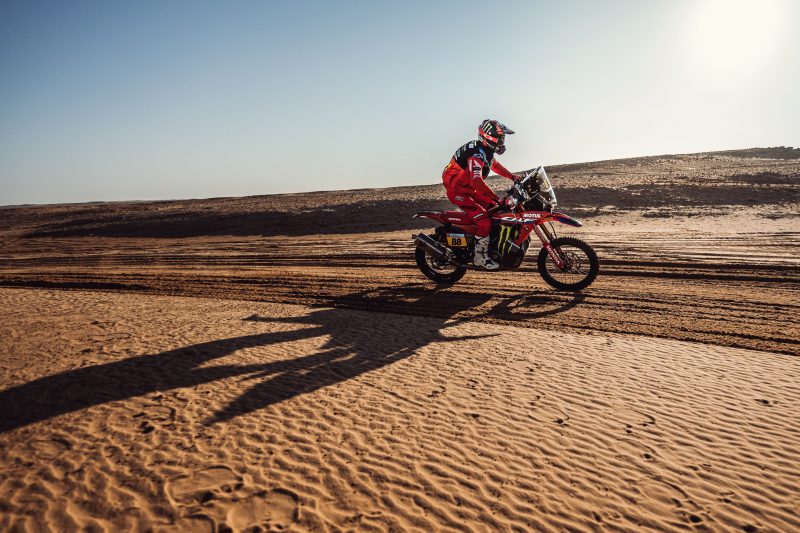