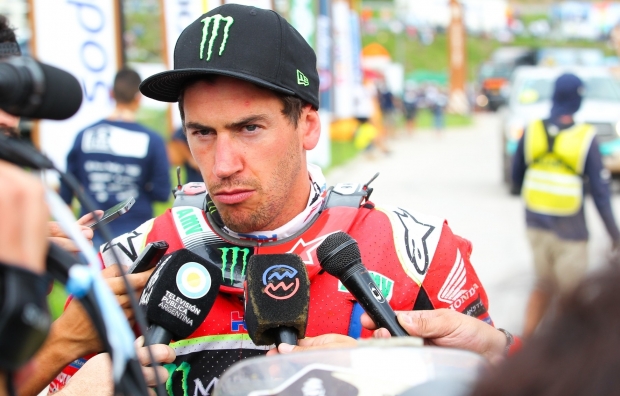 After two days where navigation was not an issue, the Dakar now ups the difficulty level and begins to show the differences in quality between the competitors. The opening stretches of the third stage played out off-piste with sand and tricky fords. The were even some trial-like tracks which left many of the less-skilled aspirants trailing behind. Later, the landscape began to resemble that of the previous stages as the route approached the neutralization section. The timed special restarted at over 3,500 metres in altitude and continued uphill all the way to Jujuy.

Shortly after setting off, Paulo Gonçalves managed to overtake the two adversaries who had started out ahead, the Portuguese rider opening the track until approximately the first waypoint. Gonçalves led the field from kilometre 30 to 180. Paulo crossed the line to post the fifth fastest time on the day.

But it was Joan Barreda who stole the show on today’s stage. The Spaniard rode the Honda CRF450 RALLY at a blistering pace, with flawless navigation, to romp home with a massive surplus over the pursuing pack. In addition to the day’s first prize ‘Bang Bang’ now commands at the top of the overall standings.

Frenchman Michael Metge, who dropped time yesterday to be able to accompany his team-mates, successfully clawed back the time to finish among the top fifteen on the day. American Ricky Brabec, proving very consistent thus far in the rally, placed in the top ten and establishes himself ninth overall.

The team now gets down to the preparations for the coming days that will feature the rally’s first dunes at altitude. Tomorrow’s stage concludes in the new camp at Tupiza, Bolivia’s first location in this edition of the Dakar.

HIGH ALTITUDE DUNES
At around 3,500 metres, the Dakar will reach “a cruising altitude” of which competitors will have to navigate for six days. There are few that have already seen dunes at this altitude that will require an expert climbing technique. The co-drivers will have no time to relax, with a number of direction changes in the Bolivian section of the special stage.

Today has been a great day. I’m very pleased because today the plan that we had worked out turned out perfectly. It was a tough day, as I had to push really hard all day, stay really focused, not make any mistakes and give 100% in the area of navigation at the beginning. At the waypoint at kilometre 40 I circled around a bit until Ricky showed up and gave me some references to mark the waypoint. It went really well and error-free with a very fast pace.

Today was a pretty long day with difficult riding and navigation. The first forty or fifty kilometres were tough and I came out opening the track on that part. I lost a bit of time looking for a waypoint, but I was able to continue and get through to the end without any problems. The important thing is that everything is fine for the stage tomorrow which is only the fourth of this long and difficult rally.

Stage 3 was technical for everyone. Today I made a few mistakes. I was going a bit too fast in the dust and I came across a tree but at that speed I had to jump it. Luckily my front wheel and skid plate made it over just in time. I hit the other side with the wheel and blew the fender right off the bike. I don’t know exactly what went wrong with the bike but shortly after I pulled over. Svitko was coming right behind me but he crashed. I turned around and went backwards for him. By the time I got there he was getting up, so I parked the bike and repaired it and tried to make it to the finish.

Today was the first day with complicated navigation. The first part had various waypoints - the new ones that were very difficult. There was a lot of dust but I got past plenty of riders. After we passed a WRC-style part and as we went up I started getting a bad headache. In the second section there were a lot of riders who were arriving late as there was a storm. If it hadn’t been for this, I would have had a good day, even so, I’m very happy for Joan and his stage victory.

It has been a great day for the Monster Energy Honda Team. I’m happy with the all the work that the guys have done. Barreda had a marvellous stage. Paulo had a great special too, as did Ricky and Mika too. All of them did a great job. That is why I would like to congratulate them and thank all the team, the mechanics and the technical staff who have done such a great job after so many kilometres and so little sleep. We are very united and that is the strength of the team. Let’s keep it up. 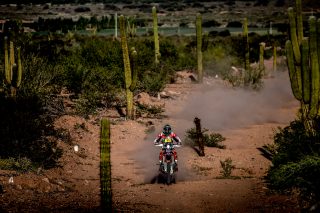 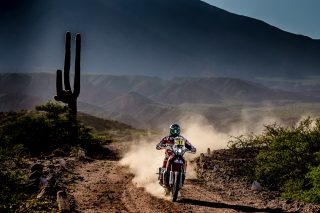 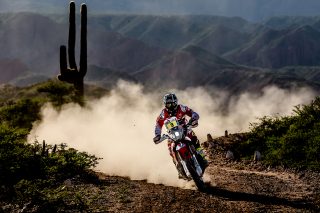 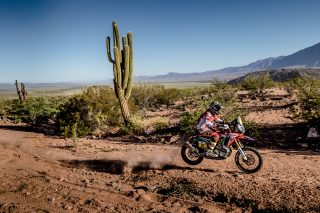 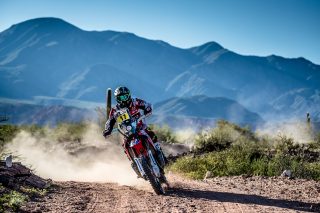 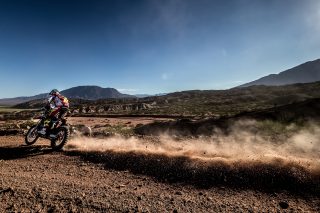 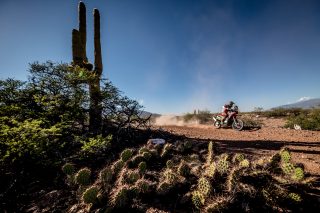 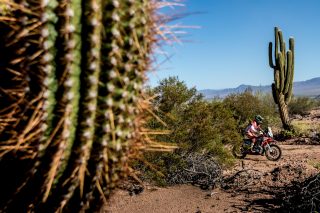 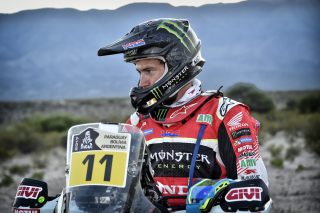 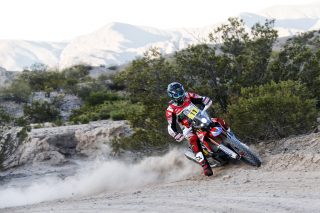 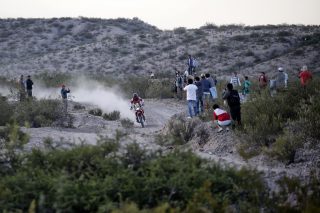 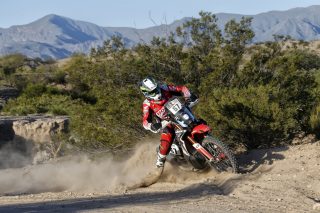 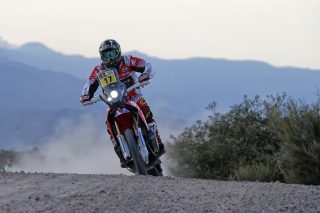 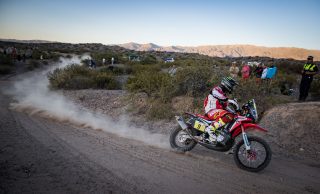 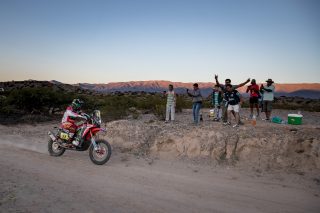 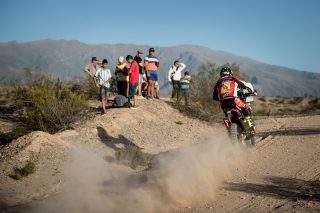 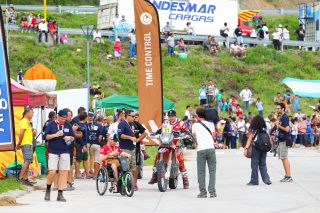 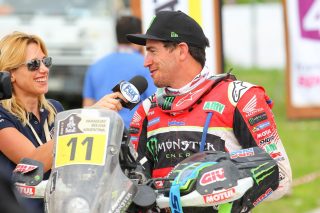 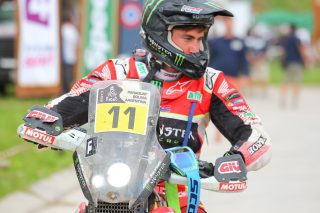 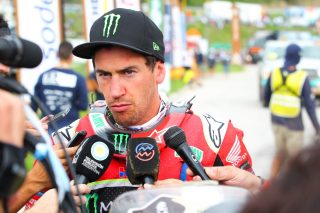 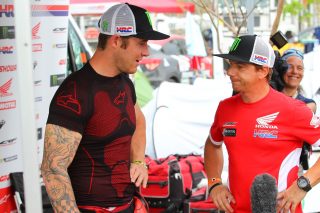 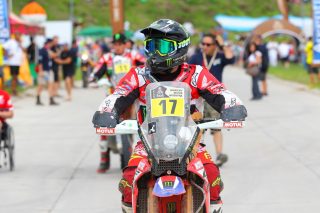 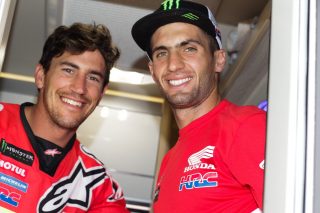 Either leave this blank or provide a brief description about the video and what it is showing.Joan Barreda emerged victorious thanks to a great tactical display in the third stage of the Rally Dakar 2017. The Spanish rider from the Monster Honda Energy Team stormed to an overwhelming victory and tops the general rankings in the process. 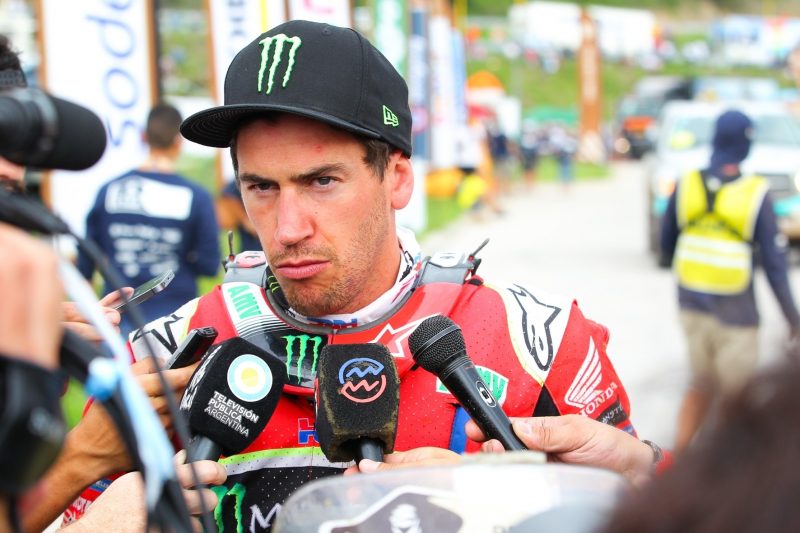