Another savvy performance from Monster Energy Honda Team’s Joan Barreda in the 2017 Dakar Rally. The HRC rider dominated virtually the entire stage, only conceding the top spot in the final stretches of the race as the rally arrives at the camp in Tupiza, in Bolivia.

Joan Barreda pulled off another stunning ride as the 2017 Rally Dakar crosses into Bolivia. The Monster Energy Honda Team rider battled hard throughout the whole stage – not an easy task considering that he was opening the track. The 416 kilometre special subjected the competitors to the first dunes seen so far in the rally, requiring some serious focus and deft navigation skills. Many riders went astray and dropped time. Barreda took the opportunity to tighten the screw, going full throttle on the Honda CRF450 RALLY to put yet more ground between himself and adversaries. From CP2 onwards, the Spaniard led until race-end in Bolivia where the terrain was more precipitous with rocks galore and river-crossings to boot. Joan chose to play it safe in the latter part of the stage, which saw him concede time, and eventually the stage victory. Nevertheless, runner-up spot on the day proved to be equally positive as Barreda widens the gap at the top of the leaderboard boasting 18’19” over Chilean rider Pablo Quintanilla.

Monster Energy Honda Team rounded out a red-letter day with Michael Metge posting a virtual podium place. The Frenchman was outstanding in the fourth stage, setting a cracking pace and executing near-perfect navigation. This allowed ‘Mika’ to whittle down some of the time lost in the previous stage and improve in the general rankings. He had been one of the riders to lose out yesterday as race organizers failed to consider the time that some riders had needed to complete the liaison section after getting trapped in a storm on the ascent towards Jujuy.

Ricky Brabec ran into some problems at the start of the special. The American dropped precious time going in search of the correct route. Once back on track, he made it safe back to the Tupiza bivouac without further hitches. Likewise, Paulo Goncalves got delayed near the start and conceded time. Subsequently, with the end of the stage in sight, the Portuguese rider came across an injured Toby Price on the ground. Goncalves halted to alert the helicopter to the plight of the Australian who had suffered a broken right femur. Once last year’s champion had been attended to, Paulo was back en route for the Dakar’s first stopover in Bolivia.

The high elevation will once again take centre-stage for tomorrow’s fifth day that kicks off from Tupiza and concludes in Oruro, once again with heavy measures of dunes and navigation.

ALTIPLANO: MAXIMUM EFFORT!
The Dakar will take up residence on the Bolivian Altiplano. While the organisms will become acclimated, fatigue will set in. In this context, the large variety of terrain makes this stage one of the most demanding. In the purest Dakar spirit the density of the day will be characterized by the two dune sectors that will complicate the final kilometres of the special stage.

I’m happy because I had a great stage today. The first part was very picturesque. I felt good and comfortable without making any navigational errors and kept up a good pace. I got off to a flying start over the first few kilometres and was very focused in the dunes, being very careful not to make any mistakes with the roadbook. I only slowed the pace down in the final part of the day with the arrival in Bolivia, where there were river-crossings and a lot of rocks. I happy because I was ahead all day and I’ve increased the advantage at the top of the general standings. It is a shame what has happened to Toby Price. Hopefully it’s nothing too serious and he will get over it soon and be back at full speed on the track soon.

Today has been a difficult day for all of us. A lot of kilometres and a lot of difficult navigation. I lost some time at the beginning where I had difficulty finding a waypoint. Later, I tried to make up for the lost time and I felt a lot better. In Bolivia in the final part of the special I stopped to help Toby Price, who was ahead of me and I found that he had been injured. I called and waited for the helicopter and I am confident that they will reinstate me with the time lost. I’m happy with the way that the bike has responded today. I’m sure that the next few days should go well for the team.

Today was one of the most difficult days. There was a lot of really tricky navigation. At the start of the special I made a mistake and had a bit of trouble finding the way before I finally got back on track. This made me become a lot more focused on what I was doing. I managed to pick the pace up and got back into the race. I’m happy to have made it back to the bivouac. Let’s keep on fighting and working as a team. I hope to improve over the coming stages.

I haven’t been able to shake the headache off. It’s been hurting since we got up to 4,000 metres elevation yesterday. Anyway, it doesn’t appear to be affecting my riding as I believe that I rode a really good special both yesterday and today. It’s a pity that I had some problems with the neutralization. Things went well today from the beginning. The dunes and the navigation were problem-free. The only off-moment was when I went back thinking that I had made a mistake, only to find that it had been the correct one. I hope to keep this up until the rest day.

If Joan had a great stage yesterday, today he did it again and maybe even better. I’m happy because he was in command all day and that was a really difficult thing to do. The stage victory only escaped him in the ultimate moment but the important thing is that he remains ahead in the overall standings. But not only Joan did a good job – also Metge had a really good day. Paulo and Ricky got a bit lost but the main thing is that they made it back here to the bivouac. Paulo found Price who was injured and couldn’t continue. It is a shame when accidents like that happen, but it is normal to take risks if you want to win the Dakar. We hope he recovers quick as he is a great rival. 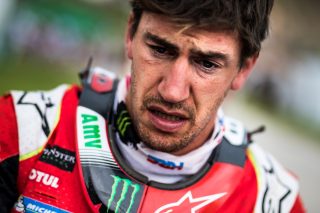 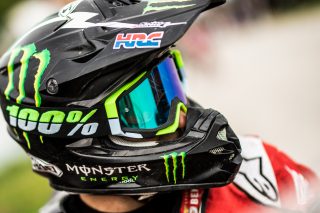 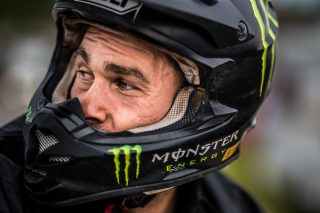 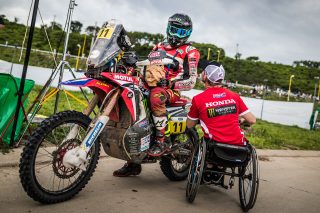 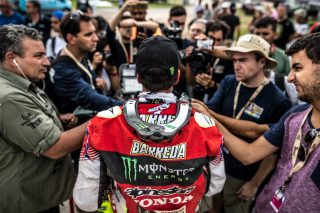 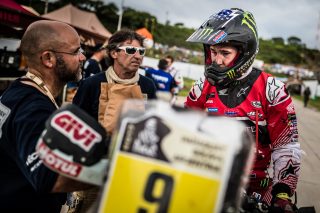 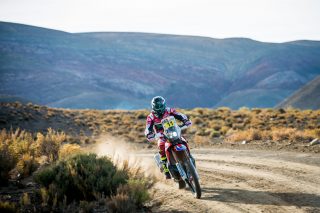 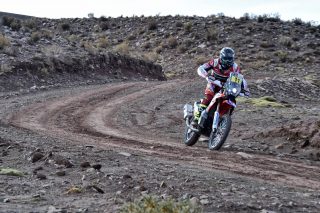 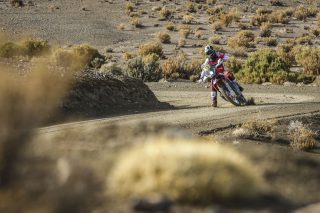 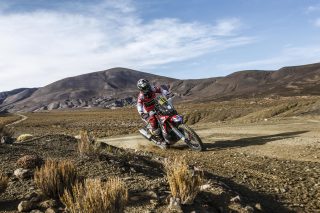 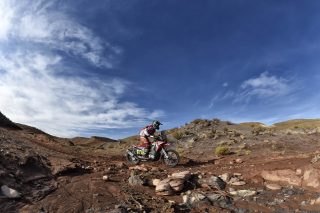 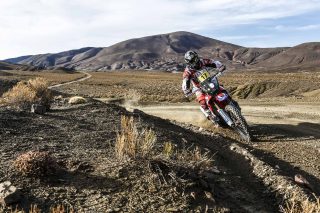 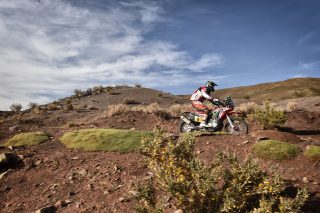 Another savvy performance from Monster Energy Honda Team’s Joan Barreda in the 2017 Dakar Rally. The HRC rider dominated virtually the entire stage, only conceding the top spot in the final stretches of the race as the rally arrives at the camp in Tupiza, in Bolivia. 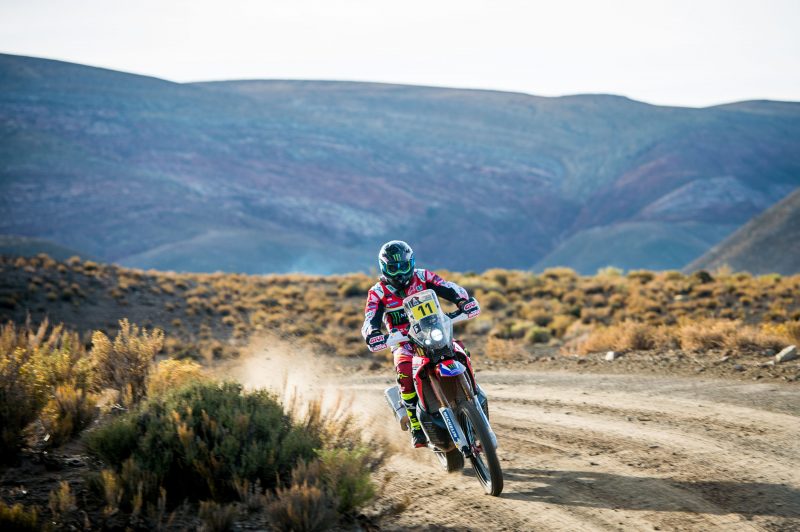