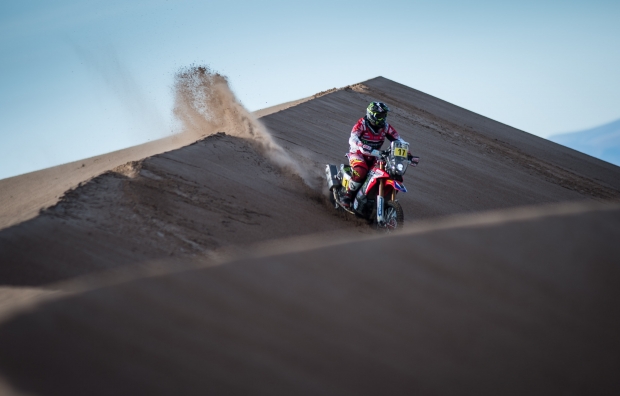 The trans-Andean country would appear to be jinxed for the Monster Energy Honda Team, who continued to have bad luck on a gloomy stage between Tupiza and Oruro. In spite of the setbacks, Paulo Gonçalves posted runner-up spot on the fifth day of racing.

First Joan Barreda and Michael Metge, then Ricky Brabec all went astray around kilometre 147 today, dropping precious time to rivals. The French rider managed to get back on the right track and limit the damage to some minutes. Barreda, meanwhile, frustratingly saw the front runners lengthen their lead over him.

The atrocious meteorological conditions that have been pounding the area over recent days finally forced race organizers to cut short the scheduled route. In the end, the timed special was fought out over a total of 219 kilometres.

At that point, the best of the Monster Energy Honda Team bunch was Portuguese rider Paulo Gonçalves who occupied the second step of the stage five podium.

In yesterday’s Rally Dakar 2017 fourth stage, race authorities hammered the team with a one hour sanction per rider for what the organization claims was “refuelling outside the authorized zone”. The indications which had been given during the rider and team’s briefing were not altogether clear and the team thought that they were at the organization’s refuelling as they entered Bolivia.

The penalization sees the riders sacrifice their top positions in the general standings. The squad’s leading rider is currently Paulo Gonçalves, tenth, followed by Joan Barreda. Michael Metge and Ricky Brabec are separated by three seconds in twentieth place.

Tomorrow, day six, is the final stage before the competition’s rest day on Sunday in La Paz. The stage runs from De Oruro to the Bolivian capital some 4,000 metres above sea-level and will feature the longest special of the Rally Dakar 2017 with 527 kilometres against the clock. The stage takes in the famous and much-venerated Lake Titicaca.

ORINOCA SPECIAL STAGE: THE GOAL IS THE CAPITAL
Everyone will have the chance to take a photo in front of Lake Titicaca! The dunes to overcome early in the special stage will be just one of the challenges of this long day. The fastest will complete there running in daylight but for many, headlamps will be invaluable. Reaching the rest day in the Bolivian capital will be considered a success in itself.

Today was a really complicated day until we got to the section with really tricky navigation where there was a point incorrectly marked in the roadbook which made me doubt. This put me off for the rest of the stage. In addition, the rain complicated everything too. I hope that all that lies ahead is favourable to our riding style and that we are able to regain some of the time that we have lost.

Today I had quite a good stage with some complications for the navigation. I started out well and got to open the way but about 20 kilometres from the finish I made a slight error that cost me a couple of minutes. We have to keep fighting. We still have seven days ahead that will be really hard but it might give us time to recover some of the time disadvantage that we have.

Today’s stage started out with fast tracks with lots of rain coming down. The roads were fast and the pace was quick. There was a bit of confusion at kilometre 147 with everybody. The second special was cancelled so the day was quite short for us with a long liaison section. The bike has been running really well and we are all in great shape still. We will just have to keep battling on.

The start of the special was very technical. I kept up a fast pace and was able to mark a good time. The bike was running really well and I was able to open up a bit. After I passed through a place that appeared to be differently signalled and I lost some time. The storm affected all of us and after they shortened the special. Luckily, we haven’t yet arrived at the halfway stage of the rally so could still reduce the time and pick up positions.

Today was a difficult day for all of us. The stage was hellish with a lot of rain that meant that it was very difficult to ride properly. They cut the special short but fortunately all our guys were able to make it back to the bivouac where we will begin the preparations for the next stage. Nothing is lost yet and there’s still a lot of race ahead. The riders and the bikes are running well, so in other words, we are still in with a shout. 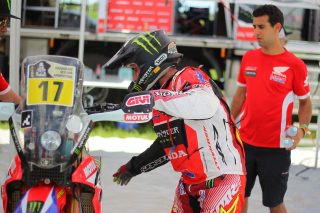 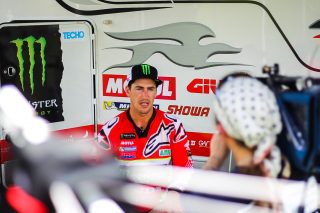 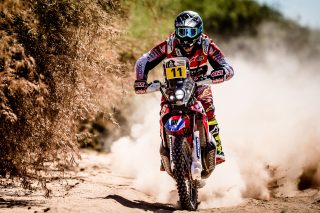 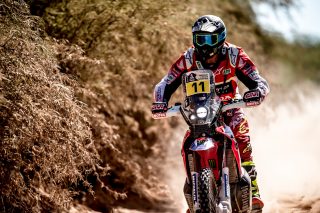 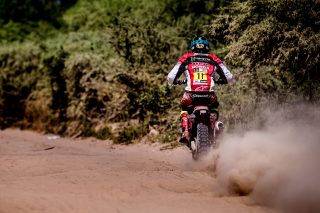 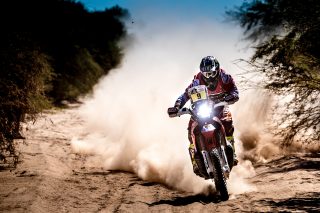 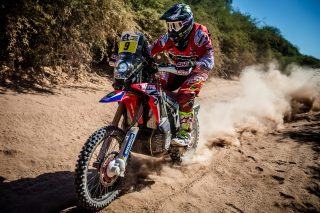 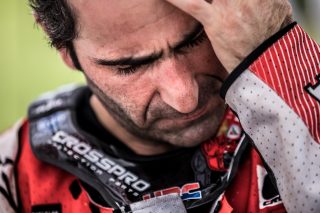 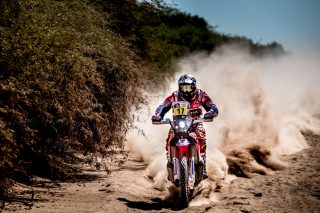 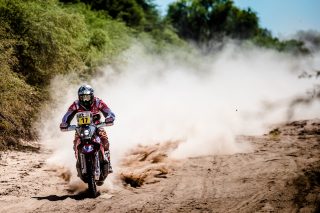 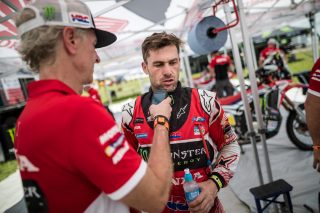 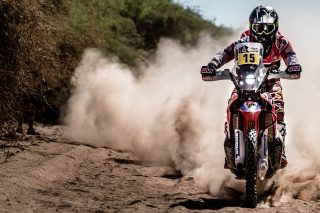 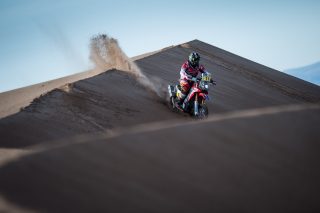 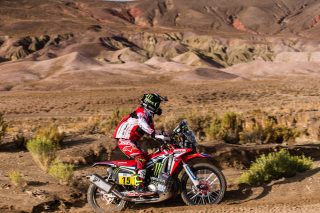 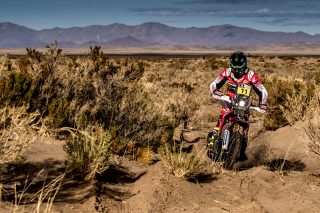 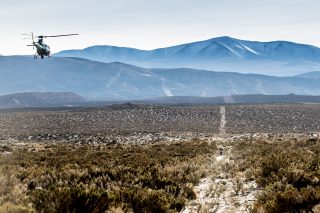 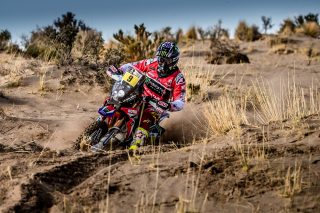 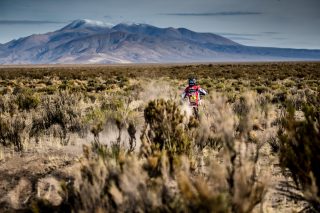 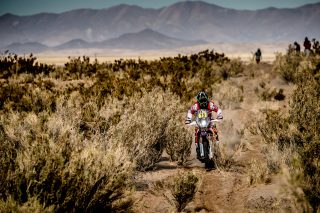 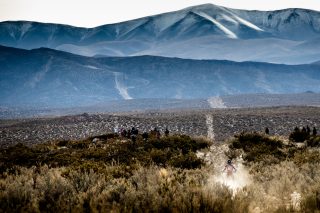 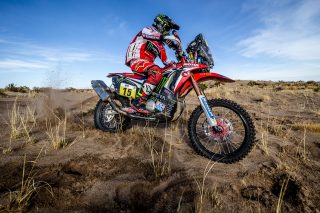 The trans-Andean country would appear to be jinxed for the Monster Energy Honda Team, who continued to have bad luck on a gloomy stage between Tupiza and Oruro. In spite of the setbacks, Paulo Gonçalves posted runner-up spot on the fifth day of racing. 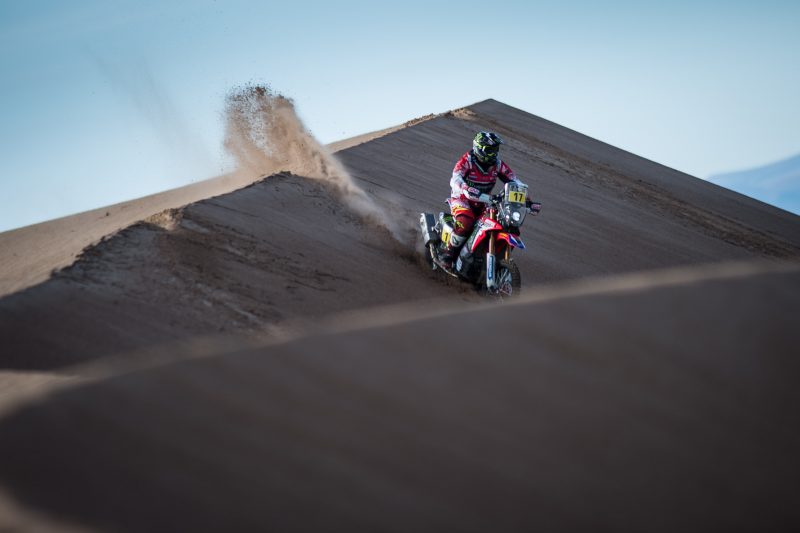