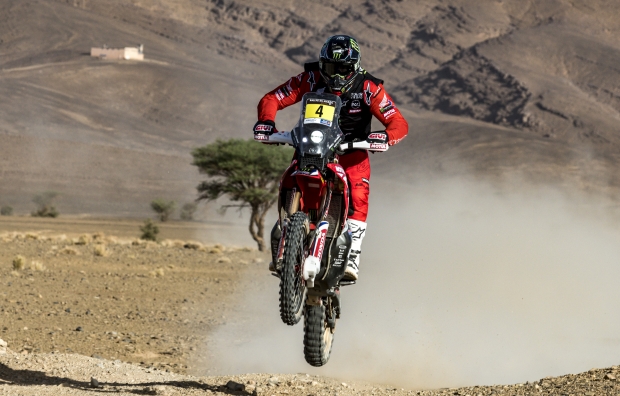 The Rally du Maroc has reached its midway point with Ricky Brabec claiming the stage win and the overall lead. Once again, a lengthy, high-speed, full stage with little navigation, although the sudden changes in pace and the lightning speed needed to make correct decisions led several riders to make mistakes.

At last night’s briefing, David Castera, the Rally du Maroc director had revealed what riders could expect from this third stage: fast tracks, some stone-filled, but others sandy and undulating which would really give the bikes the chance to let rip. This time round, there were fewer dunes which were smaller in size and presented no major difficulties apart from two short stretches of broken up dunes at kilometres 149 and 192. Nevertheless, navigation proved tricky for some of the riders and the 341-kilometre timed special stage caused some reshuffles in the general standings.

American Ricky Brabec was the leading protagonist of the day. The Monster Energy Honda Team rider, with some excellent navigation, set a white-knuckle pace that no other rider was able to match. Brabec not only won the stage but also snatched the overall Rally du Maroc lead with a ten-and-a-half minute advantage over the nearest second-placed rider, team-mate Pablo Quintanilla.

Chilean Quintanilla took advantage of his starting position to excel once again today. The Chilean followed in the wake of Ricky Brabec and, despite a minor navigation error, posted ninth place, meaning he now holds second spot in the general standings.

For José Ignacio Cornejo it was another steep learning curve in today’s tricky environment. After a slight lapsus early on, he picked up the pace until the critical point of the day, among those dropping several minutes on the stage.

If it was heads for Brabec, it was tails for Joan Barreda. The Spaniard from Castellón was keen to make up time today and proved fastest until around kilometre 240, at which point he dropped time due to a navigational blunder. The rider, after some moments of disorientation, was able to get back on the right track a few kilometres further on, although having skipped a waypoint which he has been penalized for.

Early tomorrow morning, the fourth and lengthiest stage of the Rally du Maroc gets underway: 367.43 kilometres against the clock out of a total trek of 546.30 kilometres. For the third time, the action will play out across the wide area to the east/northeast of the town of Zagora.

I started sixth today, not a bad starting position, although there was a lot of dust. Kevin was in front of me and I could see him. Yesterday we adjusted the handlebars, but I didn't feel comfortable, but I had to keep going. From the refueling until the finish, I did my best but unfortunately my team-mates made a few mistakes, as Mathias did. I managed to find the way because I was going slow at that moment. I saw the line where we had to leave the river, but there were also many other tracks there. My gut instinct told me and I followed it. I was riding alone for the final 60 kilometres, with no references. It was a good day, but there are still two more to go. We have to stay focused and keep pushing.

Today was a tough day for me. I made a couple of navigation mistakes where I lost time. Some bad decisions that I could have made differently. In the last few years they have been making the navigation more complicated, including confusing notes to make it more difficult and today it was my turn to lose time. But even so, I feel calm and at ease with the bike. There are still two days left and I will continue to do my best, trying to make up ground in the general standings. In rallying, not every day is a good day.

We finished one of the longest special stages of the rally with constant changes of direction. I was feeling good until the refuelling, whittling down the time but then I made a mistake at the exit of a river, trying to get on the right track. It was quite a common mistake by the look of things. I'm still in the fight in the general standings, I'm in second place with two days to go and, although I didn't get a good result today, tomorrow I have a good starting position that I'll try to take advantage of to gain as much time in the standings as possible.

I started the stage with a strong pace, I was feeling good and at the refuelling I saw that I was ahead of those who had started ahead. After the refuelling we reached a point where there were other riders who were lost. I tried to find the right way, but it was a bit confusing and I couldn't find the right way. The important thing is that we are still in the race and we can continue to do kilometres in the desert, something I haven't done since January. The bike is working perfectly and I think I have shown good pace. 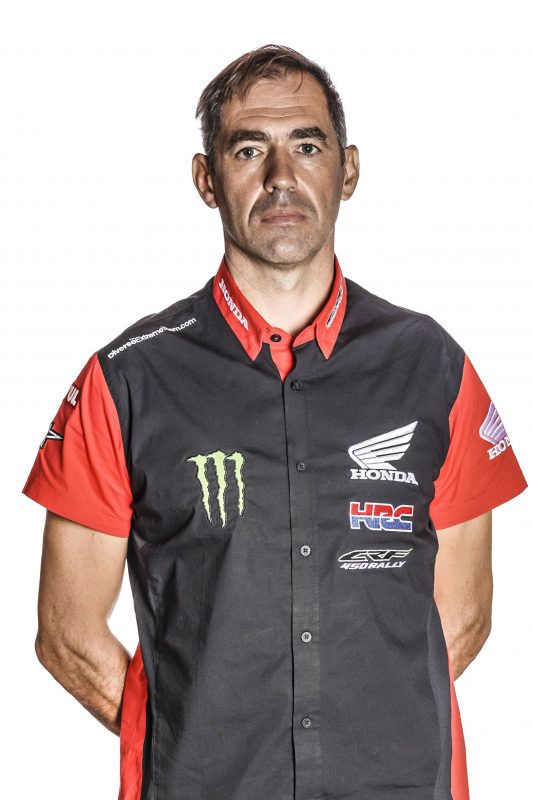 From my analysis, I’d say that today's stage was very fast, with a lot of track and little navigation, with just two complicated points. I think the riders were going very fast and got lost when you had to be very focused to find a complicated pass. Ricky was the only one of our team who did it without mistakes; Pablo, Nacho and Joan made some mistakes and dropped time. As I said, Ricky is leading the overall standings and Pablo is in the fight among the frontrunners. Both are in a position to be on the final podium. Nacho is in the other group and we will see if tomorrow's stage is favourable for him. I'm pleased with the team's performance. 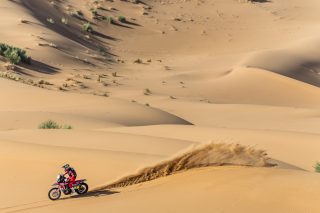 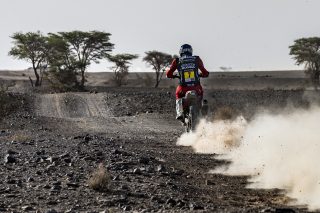 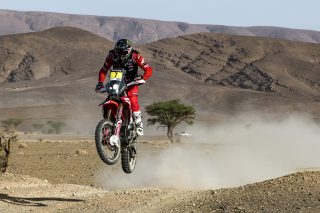 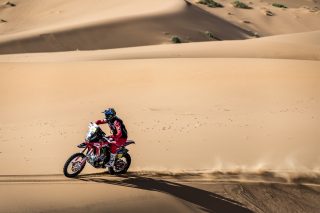 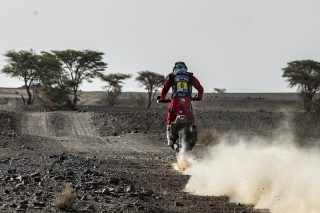 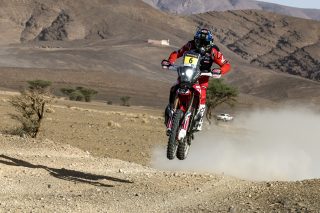 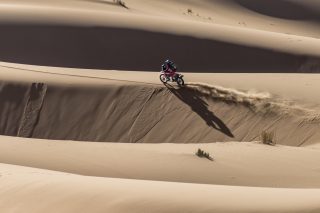 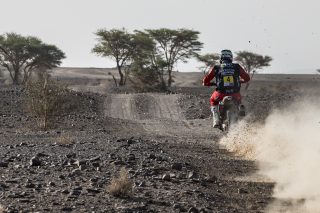 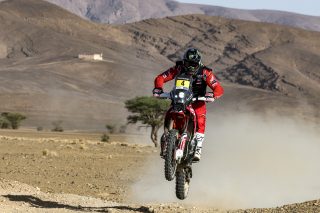 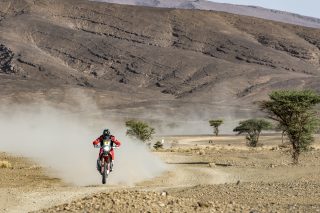 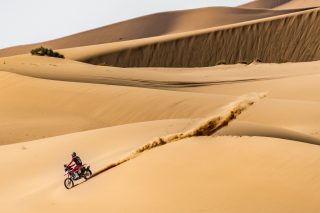 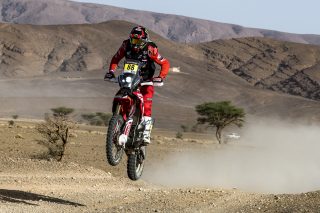 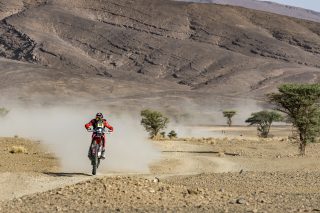 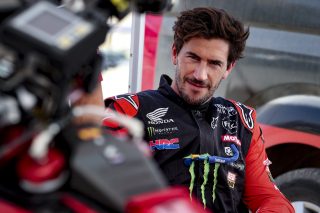 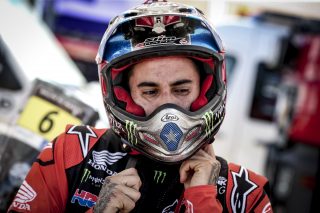 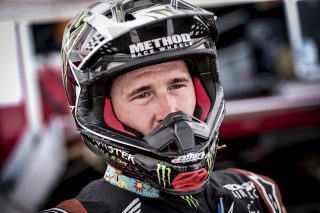 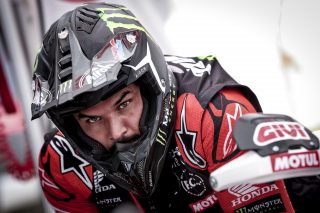 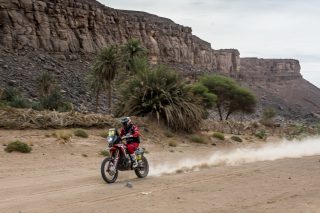 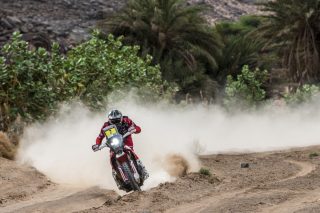 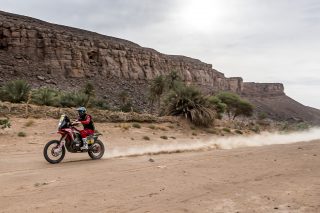 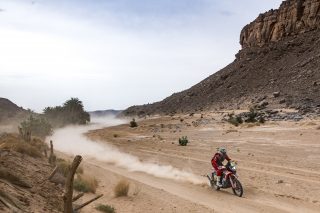 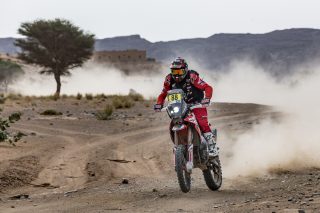 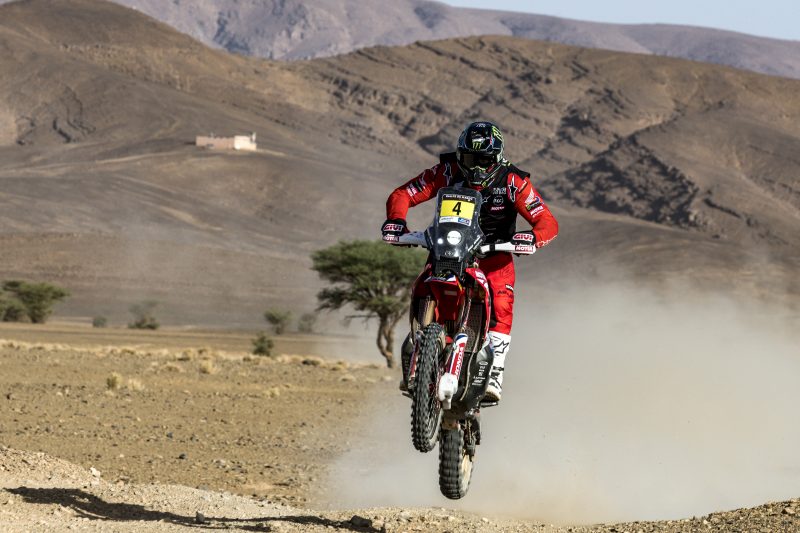