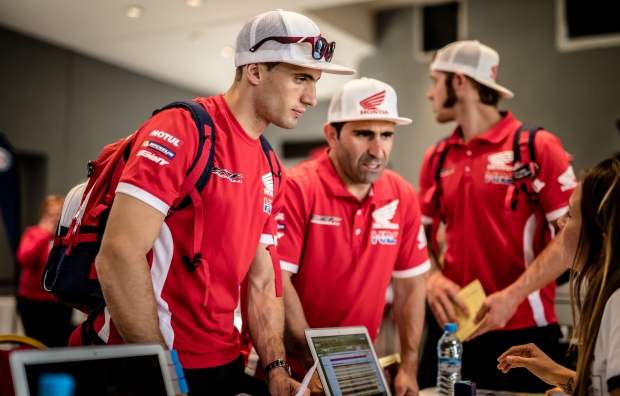 After a week in which Team HRC have been the main protagonists in China, the squad now set their sights on Morocco, where they will be looking to continue the recent string of successful results. The Morocco Rally is the final event of the FIM Cross-Country Rallies World Championship and the last great test before the Dakar.

Team HRC will put on display their multi-faceted ability to participate –virtually simultaneously – in two competitions at a distance of 9,500 kilometres. This is a near simulation of the situation in August where the team split up to take part in both the Las Vegas to Reno Race and the Atacama Rally (also 9,000 kilometres apart, although that time in the Americas).

While Joan Barreda and Michael Metge are currently dominating at the head of the China Grand Rally, the other half of the team is set to take part in the OiLibya Morocco Rally. Team HRC will field Portuguese Paulo Gonçalves, American Ricky Brabec and the young Argentine star Kevin Benavides for the Moroccan adventure.

Paulo Gonçalves, who competed in the Ruta 40 and the Atacama Rally, will be hoping to round off the Dakar preparation with a notable result in North Africa. The race brings back good memories for the Portuguese rider who rode the Honda CRF450 RALLY to victory there in 2013, on the way to winning his first world championship title.

The OiLibya Morocco Rally will also represent a final test for American rider Ricky Brabec, looking to intensify both physical preparations and navigational skill development. The main objective for the Californian is to arrive in Dakar on top form.

For a competitor who always has a smile on his face, look no further than South American rider Kevin Benavides. The native of Salta, Argentina returns to the race which catapulted his career after a noteworthy fourth place gave him a full immersion into the world of cross-country rally. A win in the Merzouga Rally sixth months later further bolstered the young gun’s status among rally’s elite.

The event kicks off on Sunday with a seven-kilometre prologue which will decide the starting order for the first full stage. The stage will feature a double 155 kilometre timed special stage starting from one of Morocco’s most charming costal towns: Agadir. The race is scheduled to finish in the eastern deserts of the Erg Chebbi amid the Merzouga dunes.

It’s a really intensive time for Team HRC Rally with three months of preparation still to go before our final target which is the Dakar. At the same time we have two riders racing out in China in a very long rally. Barreda is currently leading and Metge is in third. They have been doing a fantastic job. I wish to thank the team in China for the huge effort, in a very difficult rally, which has been very demanding for both riders and machines. Tomorrow we start the last Cross-Country Rally World Championship race in Morocco, where we will be racing with Benavides, Goncalves and Brabec. It is an important races as it is, of course, the last one before the Dakar, which gives us the opportunity to make the final fine-tuning on the bike. I wish all the riders a good race and an enjoyable experience in Morocco.

Here we are for another rally which is a very important one for everybody, particularly us ahead of our main objective which is the Dakar. Everything is ready. We’ve tested out the bikes and the verifications have been done. We will try to get off to a quick start from day one. This is likely to be a hotly-disputed race and it is important that we get it right.

We have been testing out the bike. Everything went well and I feel very comfortable on this machine. It’s got a new fuel tank on the back and a new sub-chassis. I’m really pleased about it and I feel very motivated for this race - the final one of the world championship. I hope to have a good race as I have been training for a long time for this one.

It’s the first day here at Morocco Rally. The weather is great and the conditions look perfect for the race. The team is good and the testing that we have done recently has gone really well. Tomorrow we start the prologue which we are looking forward to. So let’s hope that we have a safe race and we come out on top. 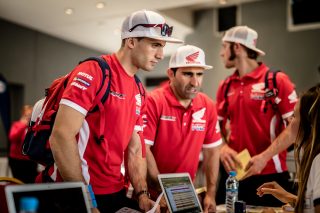 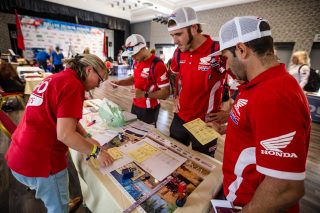 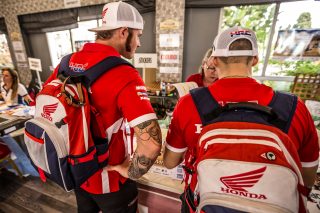 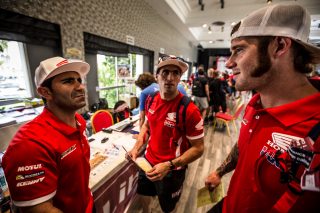 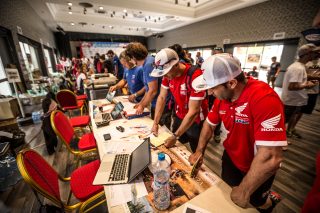 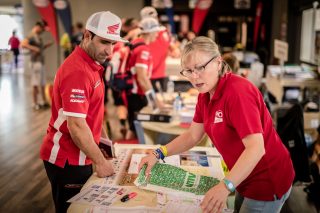 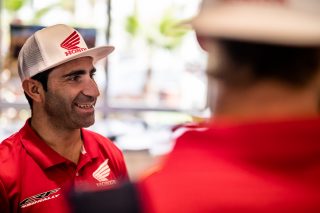 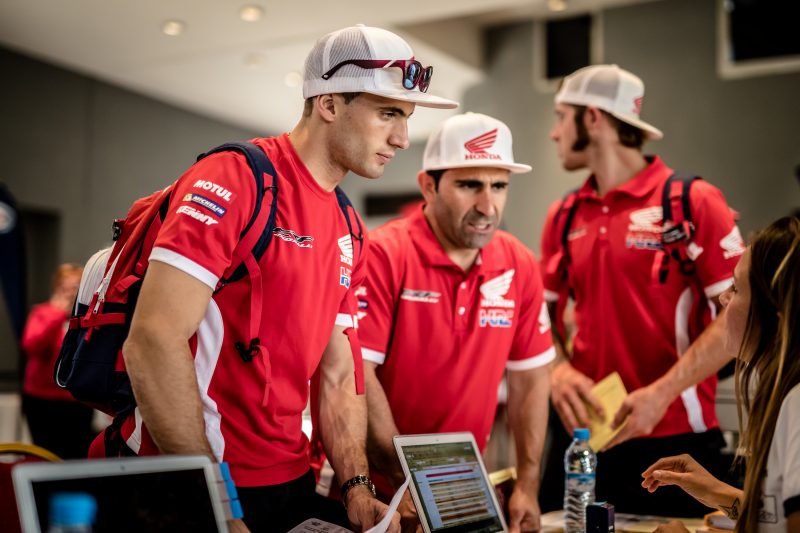