Just a short special stage of less than two kilometres in Zuo Qi separates Joan Barreda from overall victory in the China Grand Rally. The Spaniard has scored a full house of stage wins and sports a huge advantage over the nearest rival. Michael Metge finished second on the day.

The eighth and penultimate stage of the China Grand Rally bore witness to another Joan Barreda and Honda CRF450 RALLY master class. The Team HRC ace scorched over the 70 kilometre route to Ling Wu, leading from pole to flag. It was a short run, but far from easy. The course required some tough navigation in the dunes in the first part of the day. The latter stretches were crowded with spectators and vehicles on the track, making a complicated ride for the competitors.

Joan’s win over teammate Michael Metge leaves the Spaniard poised to snatch overall victory in his maiden China Grand Rally adventure. A triumph tomorrow will wrap up a rally which has seen Barreda clinch victory in every stage. It will also mark his third rally win on the spin, after taking top honours in the Baja Aragón and the Vegas to Reno Race. Zuo Qi will host the 1.5 kilometre special tomorrow.

Frenchman Metge continues to lie in third spot after having whittled four more minutes off the second place rider.

Today we had a much more complicated stage than it had first appeared. We had two parts to the stage that were difficult for the navigation right from the opening kilometres. It was tricky and I had a slight fall on a short dune and I decided to focus and keep up the concentration to finish well. The second part was over fast track and there were a lot of people and some river crossings too. There were people and cars all over the place. I kept to my path and tried to ride attentively. I’m happy because you have to know how to have a good time on difficult days like this. It’s been a great day in spite of the complications.

It wasn’t long in terms of kilometres but it was in terms of complication. The first part was in the dunes with a lot of grass. The navigation was quite hard and demanding. I made a mistake early on, for a lack of concentration, as I wasn’t ready to navigate when it was needed. I’m happy with the way things have been going up until now. The rally is practically finished with just a short special tomorrow still to go. But I’m quite satisfied.

I’m pleased. The rally is practically over and the riders are finishing in good positions. No one has got injured and the bikes are in great shape. We have done a great job, as we have been testing out a few things. I wish to thank the HRC team for the great job that they have done, working on the new pieces. I’m happy about that. We are going to take it all onboard. It has been a very demanding rally for the rest of the squad - not just for the riders - particularly with the long, tedious and exhausting liaison sections. Thanks to the whole team. 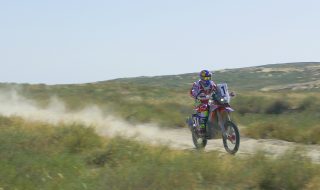 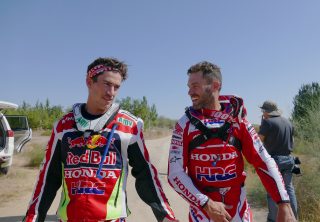 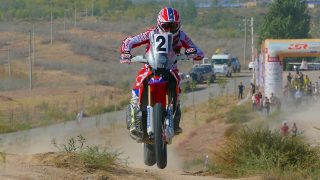 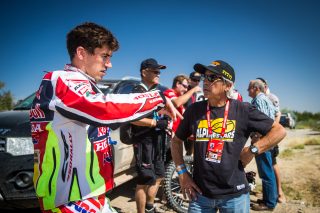 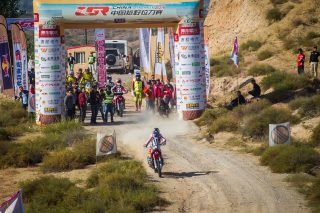 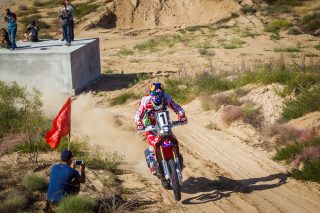 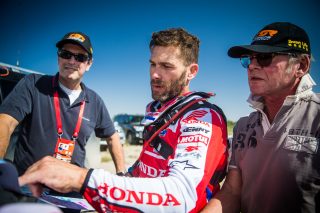 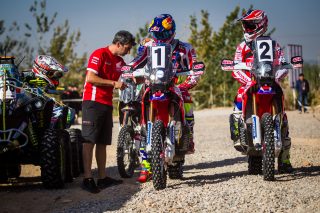