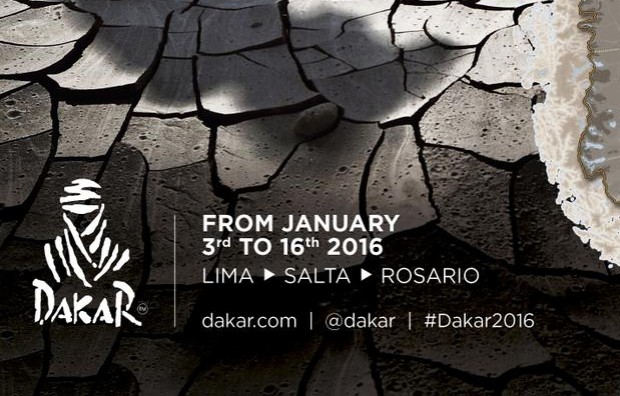 The challenge goes on for Honda and Team HRC as the 2016 Dakar Rally – the world’s toughest race – draws ever closer. Next year’s adventure looks set to include routes through Peru, Bolivia and Argentina.

Paris’ Wagram Pavillion played host today to the official press conference for the presentation of the 2016 edition of the Dakar Rally. Team HRC Rally’s General Manager Martino Bianchi was in attendance as details of the new course were announced.

The 38th edition of the Rally Dakar will this time be disputed in Peru, Bolivia and Argentina. The race’s start will be held in the Peruvian capital of Lima on January 3, 2016 and will wind up in Rosario, Argentina after taking in thirteen stages and a rest-day in Salta. Riders can look forward to a heavier dosage of dunes and mountain track than in the 2015 event.

This will be Team HRC’s fourth consecutive outing in the Dakar with a continually strengthened and imposing team who will, once again, be in the battle for the overall victory. Since 2013, the Honda CRF450 RALLY riders have accumulated no less than 13 wins. Honda’s Joan Barreda has clinched some 8 stage triumphs and Paulo Gonçalves is the competition’s current runner-up.

Today the route for the Dakar 2016 was revealed and it looks likely to be an interesting race. The rally kicks off from Lima in Peru, on January 3rd and that means we can expect a lot of sandy stages which the riders enjoyed a lot before. The first part of the Dakar will be really tough with some huge dunes and then later, the salt-flats of Bolivia. Once through that, there will be a rest-day in Salta with very different temperatures to Lima. The second phase will be in Argentina with higher temperatures and diverse terrains. It will be a really demanding Dakar as usual; we are not yet sure whether it will include one or two marathon stages or none at all. What we found out about today was the Desafio Inca, that will take place in September which we might include in our program to find out about some of the stages before the next Dakar. 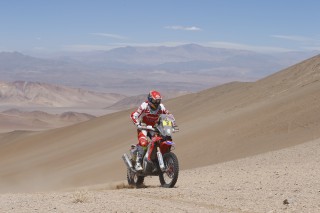 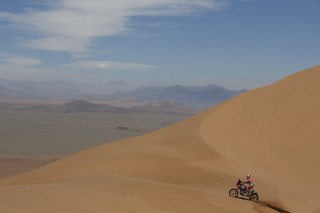 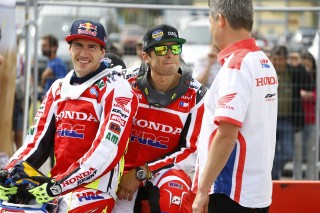 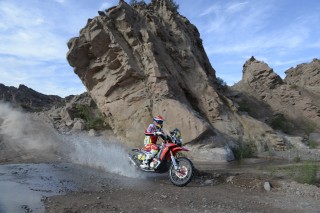 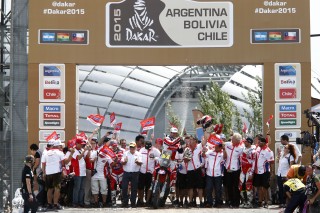 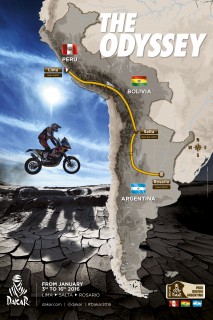 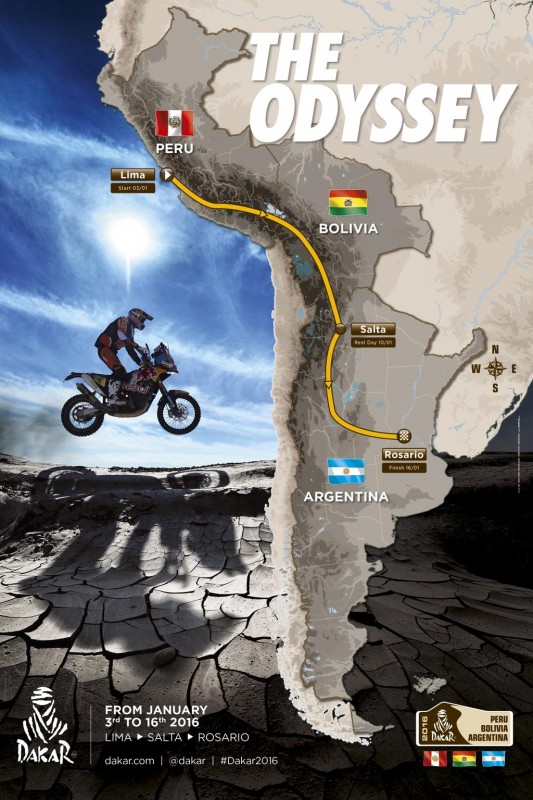