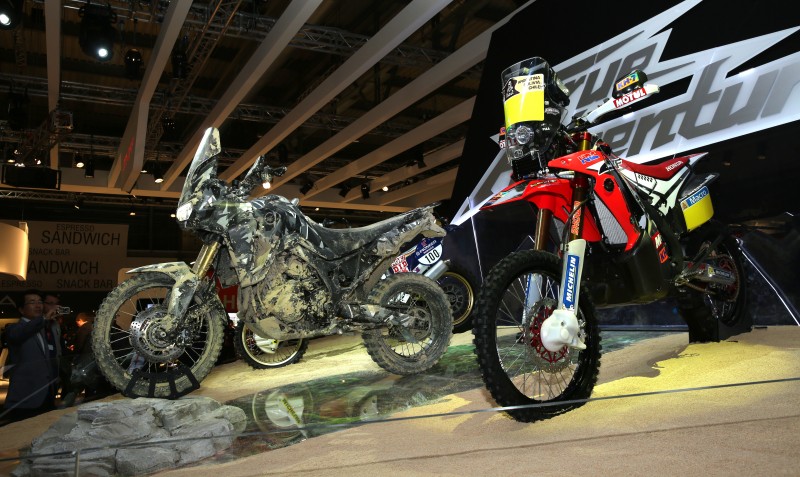 HRC have showcased their 2015 teams at the EICMA Motorcycle Fair in Milan, Italy, coupled with the unveiling of Honda’s True Adventure Prototype.

It was a full turn-out from Team HRC Rally with Joan Barreda, Helder Rodrigues, Paulo Goncalves, Jeremias Israel and Laia Sanz all present for the debut of the stunning Honda True Adventure prototype. “After all the hard work, and the huge progress we’ve been making with the Dakar programme; it’s great to see that we are inspiring Honda’s product plans in the adventure sector. We’re excited that soon more Honda customers will be able to enjoy True Adventure riding”, commented Barreda.

Inspired by both Honda’s rich heritage in adventure motorcycling and the recent Dakar programme, the True Adventure Prototype captures the product direction as Honda seeks to expand its presence in the Adventure segment. This prototype has been developed to deliver outstanding off-road capability, and could provide the basis for a true round-the-world motorcycle. It’s flanked by the current Team HRC CRF450 Rally and pays respect to Honda’s competition legacy, the 1989 Paris-Dakar winning NXR Africa Twin ridden by Gilles Lalay.

The new True Adventure Prototype launch was also accompanied by the official Team HRC line-up presentations for the 2015 season, which will consist of: Marc Márquez and Dani Pedrosa in MotoGP; Toni Bou and Takahisa Fujinami in Trial; Gauthier Paulin and Evgeny Bobryshev in Motocross; and Barreda, Rodrigues, Gonçalves, Israel and Sanz forming the Rally line up. 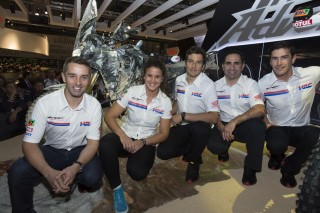 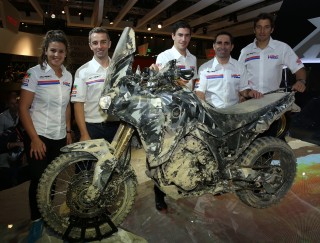 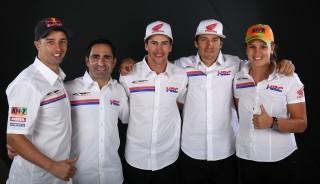 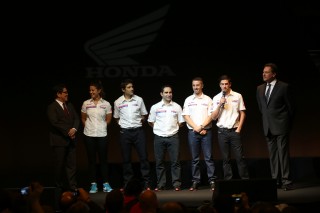 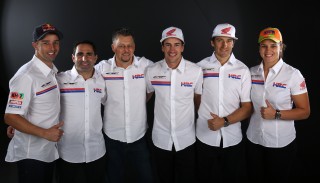 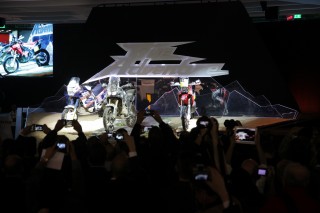 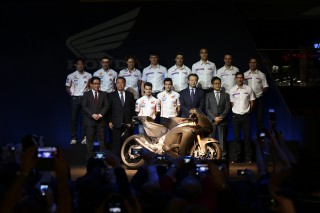 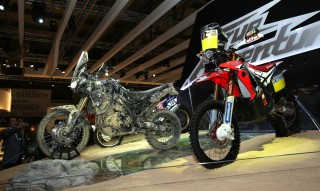