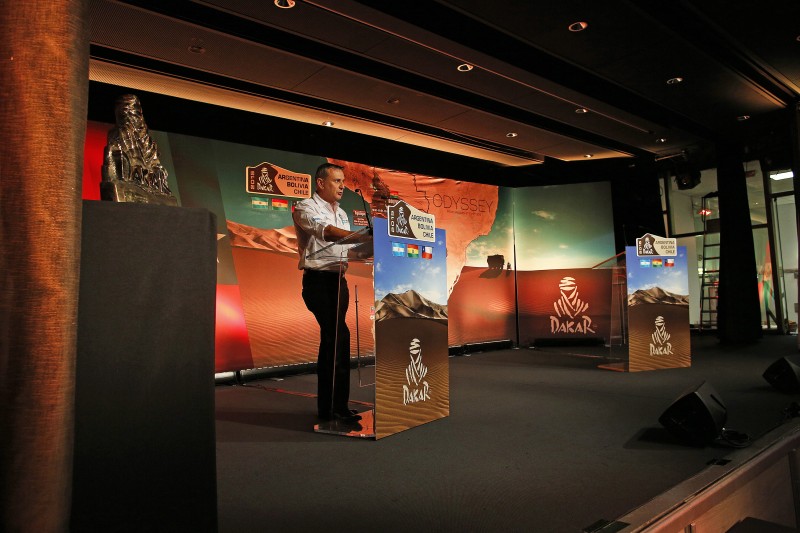 Team HRC was in attendance today in Paris, for the official presentation of the forthcoming 2015 edition of the Rally Dakar due to head out from Buenos Aires on January 4. The world’s toughest race looks set to be even more demanding than usual for both bikes and riders.

The Gabriel Pavilion in Paris’ famous Champs-Elysees played host to the gathering of aspiring victors in the countdown to the next Rally Dakar, with Team HRC among them.

Joan Barreda and Laia Sanz attended the French capital to represent Team HRC and to get the skinny on what looks set to be one of the most gruelling, as well as one of the closest and hardest-fought races in years.

Étienne Lavigne, Dakar Race Director, indicated that altitude will be one of the race’s predominant factors, as the route will involve several stretches above 3,600 metres. The total race length will be 9,295 km, of which 4,752 km – over half – will be timed special.

Some of the new features presented by Lavigne include two marathon stages, both set for the second week, after the rest-day in Iquique (Chile).

Today was a really impressive presentation of the Dakar 2015. The course will be very tough, especially with the two marathon stages, both very long and really close to each other in the race. I think that it will be a very interesting Dakar for all the competitors. Also Argentina, Chile and Bolivia will be very welcoming and accommodating to all the competitors. Team HRC is all ready for what is a very important target for us. We’ll be doing our best to achieve it.

We know the countries, and have been through those regions before, but the first week in Argentina will be really tough, with some high-altitude stages. The return back into the country will also be difficult. The days in Chile will be demanding, and we can expect complications in Bolivia with the altitude.

We will have all the definitive information a few days prior to the race-start, but we’ve got a good idea today of what we can expect. We don’t know how much sand there will be, but it will be tough, and riding over the Andes so much will be very punishing. We’ll be expecting surprises… 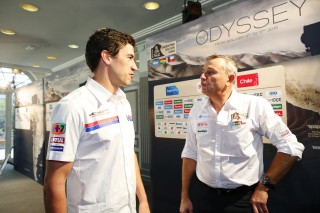 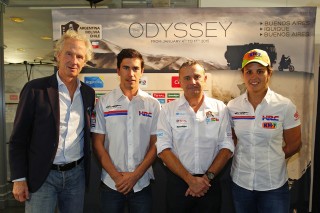 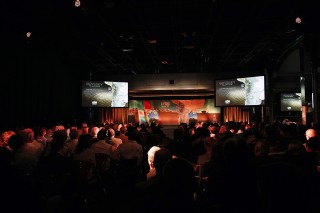 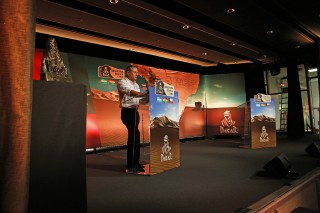 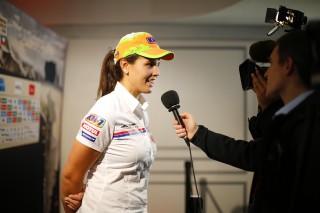