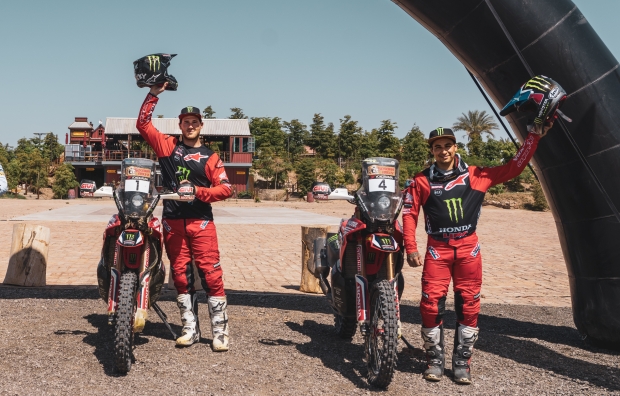 The seventh edition of the Sonora Rally once again had Ricky Brabec as the key protagonist. This year’s victory means that Monster Energy Honda Team’s American rider has now won more than half of the editions of the Mexican race held to date. Team-mate José Ignacio ‘Nacho’ Cornejo also finished on the podium.

Led by American off-road legend Johnny Campbell, Monster Energy Honda Team once again managed to take the victory spoils. The five-stage rally, held in the Altar desert in the state of Sonora in northern Mexico, included over 900 kilometres of timed special stages on a total 1,500-kilometre route.

Ricky Brabec not only scooped the final triumph, with wins in two out of five stages, but kept a firm grip on the race throughout, on an error-free ride that included some scorching pace, even in some of the most difficult sections of the course. Brabec, who lined up against some of the factory riders set to participate in the forthcoming Dakar Rally, romped home to a win with a 13-minute gap over the nearest second-placed rival, claiming a third consecutive win in the race, the fourth in total in the rally.

For the occasion, Monster Energy Honda Team had lined up two riders in the Sonora Rally. In addition to Ricky Brabec, team-mate José Ignacio ‘Nacho’ Cornejo also participated. The young Chilean rider, making his debut in the rally, improved by the day, adapting well to a somewhat different race format and would eventually snatch a win in the final stage, earning himself third place on the rally’s final podium.

Johnny Campbell managed the team masterfully. “I have been honoured to represent Honda and HRC as the coordinator of the Monster Energy Honda Team at the Sonora Rally,” said Campbell. “We came here to test out the bike, to race and try to win, for the first time with two riders: Ricky and Nacho. Ricky was incredibly fast and at ease, and Nacho did a good job on his first run too, learning the system, the terrain and the rally type with an impressive finish. I want to thank JCR, the HGA staff and the HRC team. We will work and continue fighting towards a win in the next Dakar Rally in Saudi Arabia next January 2022! ” stated Campbell.

Sonora rally was great. I year ago we had Covid, so it’s really great to be back here. It was a difficult five days and we made it happen. We are happy to come away with the overall win. Three times in a row is pretty nice. Looking forward to the next rally event and possibly coming back for training later this year. It’s great to have a few factory riders down here including Nacho. Hopefully we did a good job for you guys. See you soon.

It was good to get back to racing after the Dakar and there was a feeling of unfinished business after the crash that prevented me from continuing. Here in Sonora I was able to get back up to race pace. In the beginning it was a bit tough, but as the days went by I felt better on the Honda and I was able to win on the last day. I am happy to be able to finish the race, to have done so with a podium finish and to be able to continue improving day by day. It was a great first race of the season. Now, to keep working and try to regain the level I had a few months ago. I have to thank Monster Energy Honda Team, HRC, and also JCR Honda for everything they have done during the race. I am very motivated to continue working and achieving better results. 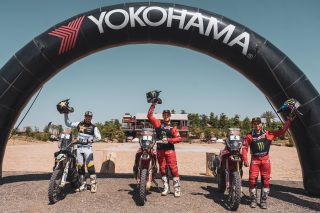 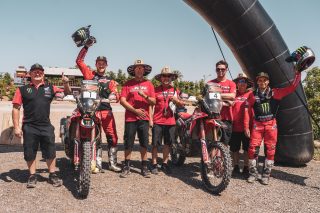 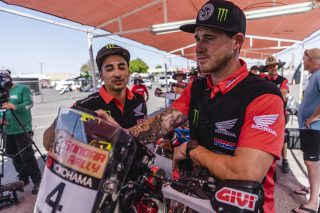 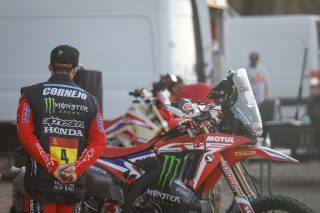 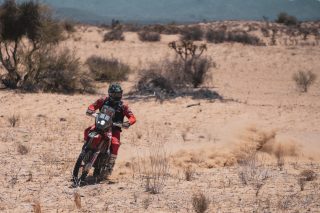 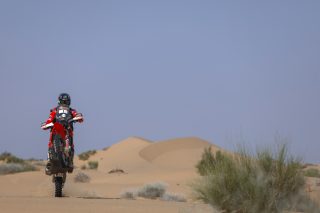