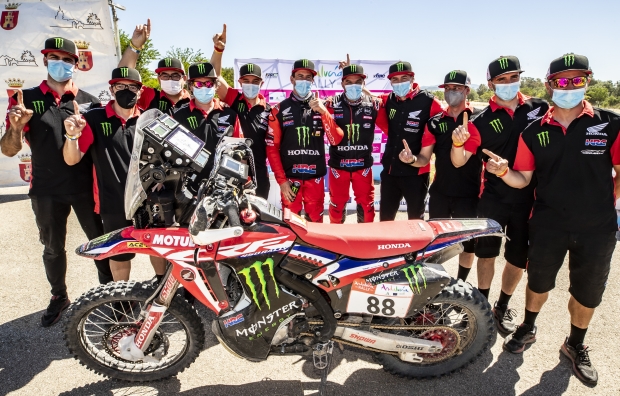 A great success for Monster Energy Honda Team, who manage to place both riders onto the final Andalucía Rally podium: Joan Barreda claimed the overall win in the second edition of the race, while Pablo Quintanilla, on his team debut, took third overall, triumphing in the rally’s final special.

The second edition of the Andalucía Rally is over, with Monster Energy Honda Team maintaining their hegemony. Joan Barreda won the overall race, inheriting the title that the squad had previously clinched in the first edition in Villamartín last year.

Today, the Andalucía Rally concluded, with riders tackling a tough first special over winding, slippery sections, and later, some very rutted ground that had been churned up by the previous days’ racing. Pablo Quintanilla turned out to be the winner of the total 185-kilometre special. The new Monster Energy Honda Team signing couldn’t have got his maiden rally off to a better start. Furthermore, the Chilean rider was able to consolidate a brilliant third final position, more than satisfactory after his first kilometres astride the Honda CRF450 RALLY.

Joan Barreda opened the track with breakneck pace, keeping his main rivals firmly in check throughout the race. It was certainly no easy stroll for Monster Energy Honda Team’s Spanish rider, who was forced to stay focused at all times, especially in the sections where the route re-covered the terrain which had been broken up by the previous days of racing. Barreda, who was only outpaced by team-mate Quintanilla on the day, eventually went on to claim the title of overall Andalucía Rally winner.

We have finished the first race with the team and all I can say is that I am very pleased about it. It was a very hard week, super intense, but very important to be able to get to know the whole team, find some good sensations and get to know the way that the team works. I felt comfortable with the team, on the bike, and I think I have gradually progressed, finishing with a very good stage win. I have to thank all these people who have worked alongside me all this week. Now, we are going to rest a bit and plan the immediate future. I am very happy and motivated about all the things that lie ahead. 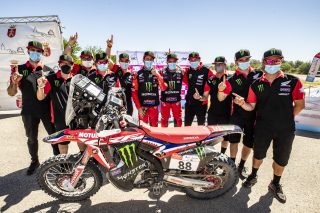 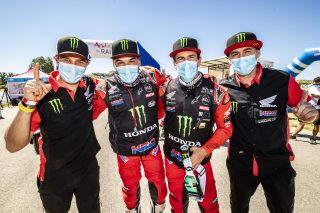 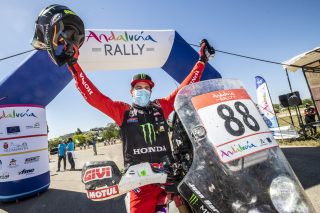 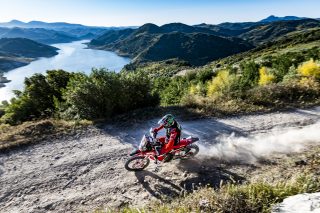 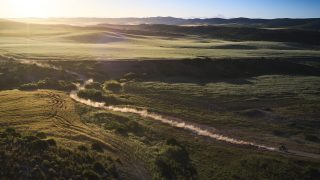 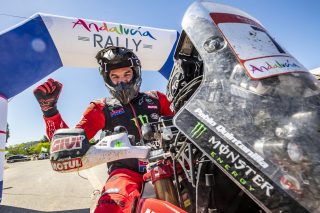 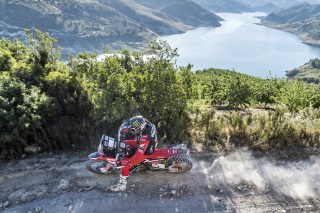 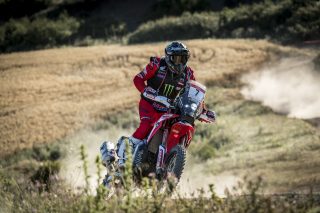 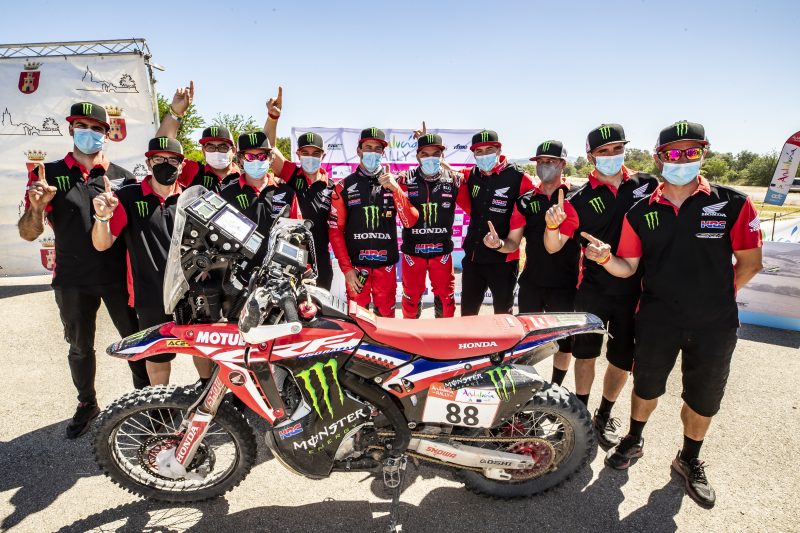