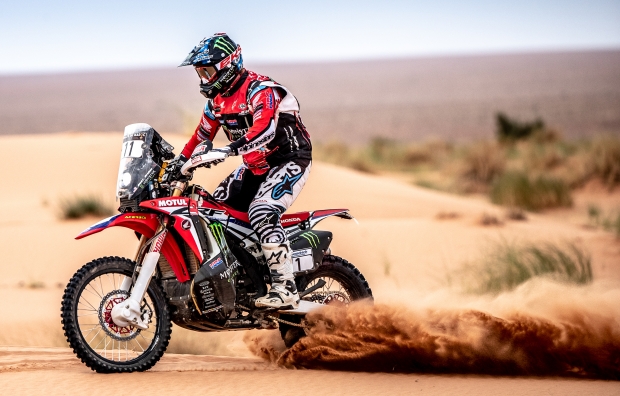 American Ricky Brabec was the best of the Monster Energy Honda Team in the second stage of the Morocco Rally and lies third in the overall race standings. Paulo Gonçalves, sixth on the day, holds fourth spot in the general rankings with Cornejo also among the top ten.

After a short 36-kilometre liaison section which took the competitors to the start of the timed section, riders were faced with a long 281-kilometre special over rock-filled fast track and dry river beds, as well as a fair dosage of small dunes.

Ricky Brabec started the day very strongly, displaying a ferocious pace in a type of terrain that he clearly feels at home with. Monster Energy Honda Team’s American rider led practically the entire day until he reached a control point which proved difficult to locate and validate. Likewise, team-mate Paulo Gonçalves, who rode behind Brabec throughout the stage found the same difficulty. While Brabec posted fourth, his Portuguese comrade finished the day in sixth position.

José Ignacio Cornejo, perhaps less comfortable on rocky terrain, rode prudently to finish twelfth after struggling to find one of the final waypoints of the stage.

Tomorrow, Sunday, sees the third stage, the first part of the marathon stage, with a total of 275 kilometres, ending in the middle of the desert. The competitors will spend the night there without contact with the team and, as a consequence, without being able to receive outside mechanical assistance.

It was a long stage at 285 kilometres, with many dry rivers, a lot of rocks, a lot of hazards and some tough navigation. I was doing pretty well until the refuelling. Towards the end I got confused over a note at kilometre 230, but I was able to get back on track and make it back to the bivouac okay. Tomorrow we have the marathon stage and I start out sixth, so that should be a good day. We must try not to make more navigational errors to be able to make up for lost time.

Stage two is complete. The riders are all here. We are all safe and ready to compete tomorrow. Tomorrow will be the marathon stage and the longest two days in the rally. With the marathon stage in the middle it’s not so easy. Today was fast and rocky – more my style of riding. I’m comfortable doing it. I was riding really well. Unfortunately, some 35km from the end I came across Paulo and Sam and I thought something tricky was happening. In the end we lost a bit of time there finding our own route to the waypoint. That’s the way it is. You lose a couple of minutes. Unfortunately, that’s rally – it’s not easy to find your way across Africa, not least of all with a paper map. I’m happy to finish the day and we’ll push tomorrow. Hopefully by the end we’ll have a couple of Hondas up around the podium area. 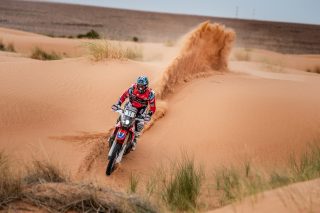 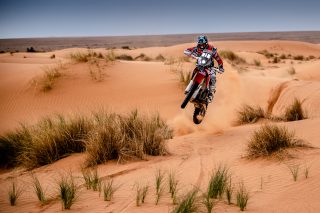 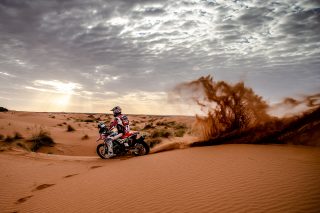 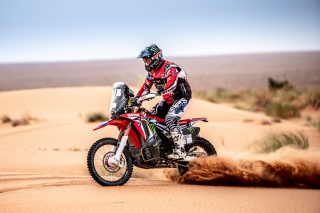 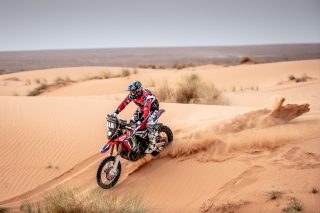 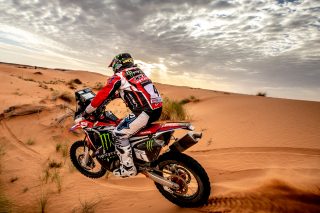 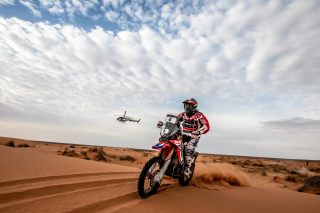 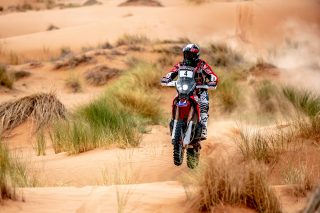 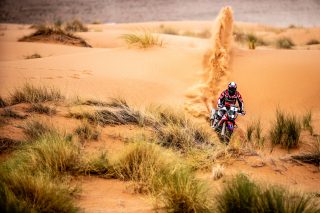 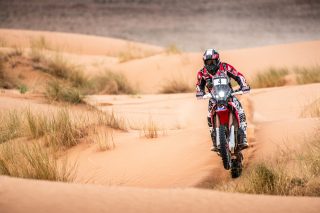 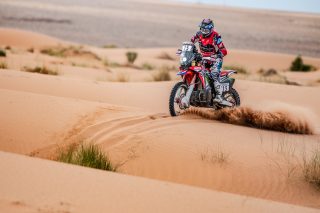 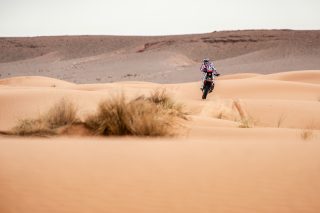 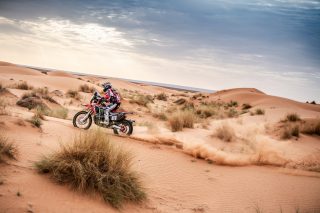 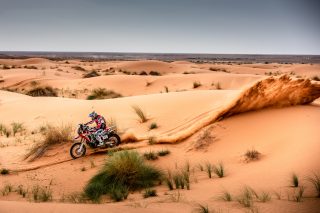 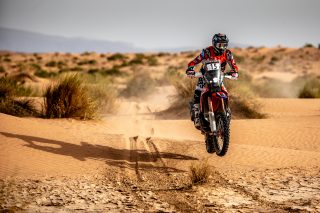 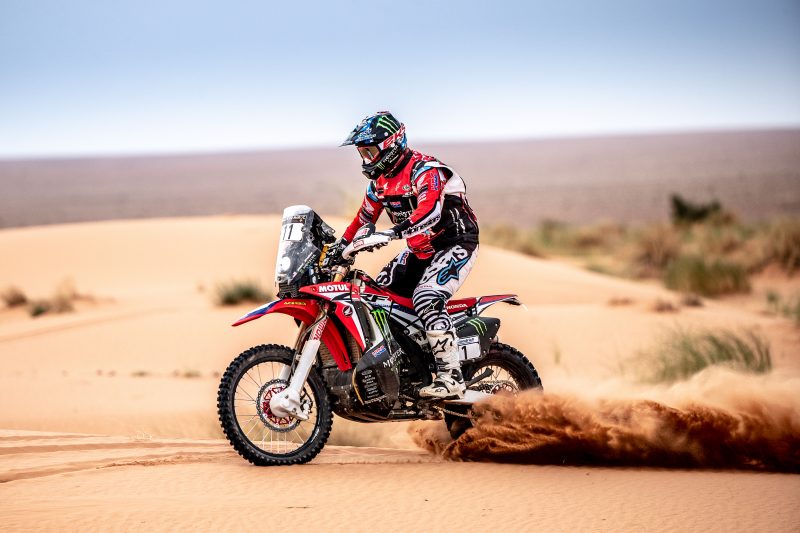