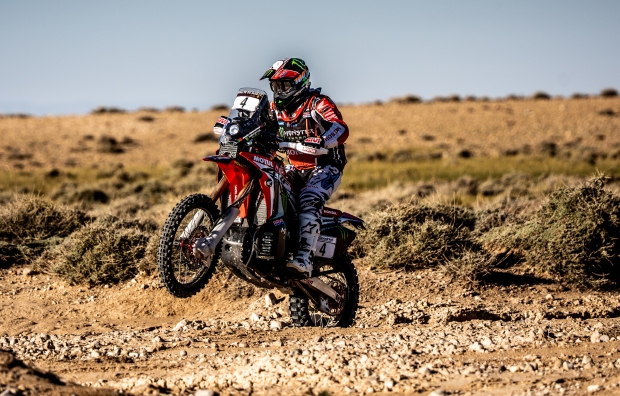 The Monster Energy Honda Team got the Morocco Rally off to a start with good result in the first full stage of the race, although the squad had its first retiree. Gonçalves, Brabec and Cornejo successfully completed a tough first day, while Benavides was forced to drop out after a heavy fall.

A long and gruelling day got the first stage of the Morocco Rally underway – the fifth and final round of the world championship, which started in Fez and concluded in Erfoud. The day was made up of two parts, with a first 98.68-kilometre special after crossing the Atlas between Boulemane and Midelt, followed by a second, some 68.5 kilometres after completing a long liaison section in the Erfoud region, The navigation proved to be particularly tricky, with some demanding steps. Rock-filled fast track and dry river beds were the order of the day

Portuguese Monster Energy Honda Team rider Paulo Gonçalves, performed well to finish fourth on the day, 8’47” off the time posted by Toby Price. American Ricky Brabec, who finished in fifth spot, conceded some time 13’19” but will lies in a good position to try to claw back some time in the special tomorrow. Meanwhile, Nacho Cornejo played things cautiously and got the rally off to a good start. The seventh position of the Chilean likewise leaves the rider well-placed to start day two.

However, if the start of the rally was positive for Gonçalves, Brabec and Cornejo, Kevin Benavides had things go against him. Monster Energy Honda Team’s Argentinean rider Kevin Benavides had a serious accident at kilometre 395. After receiving medical assistance on track, he was transported to the hospital in Errachidia in ambulance where he underwent further analysis which revealed no significant injuries.

The second stage will depart from Erfoud tomorrow with a total of 281 kilometres of special, mostly, in the area filled with dunes and sand. Navigation will be important in a day with a total of 317 kilometres.

The first of five stages. A long day with a lot of links. A stage of 100 and 70 with the rest 230 kilometres of liaison in total. The special has had dry rivers with a lot of stones, and it was very dangerous. I tried to go with good pace, without making mistakes. It was good, although I did have a little navigation doubt, in a complicated point, but I managed to arrive without problems after this long first day. Unfortunately we have our team-mate Kevin who has fallen and I want to wish him the best and hope the injury is not serious and that he recovers soon.

The day was good, the first stage with two specials. There were slippery rocks and a lot of dust for the most part. Unfortunately Kevin had a big crash and I was following close behind. I hope there’s good news. Other than that I’m happy to be competing the next day. I’m looking forward to finishing the rally strong and getting home to buy a new phone which I lost in the desert today!

Today was a good first day for me. The position is good. The first part I felt comfortable, although I had a small navigation problem, but I did not lose much time. In the second part of the special I was calmer because it was very dangerous and I preferred to arrive in one piece to risk some fall. Unfortunately our team-mate Kevin had a strong fall that means he has to retire. We hope it is not serious and from here we send him all the best. 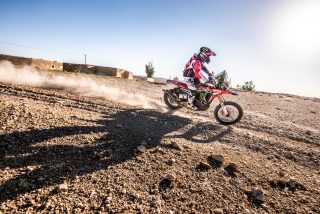 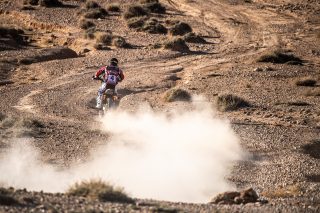 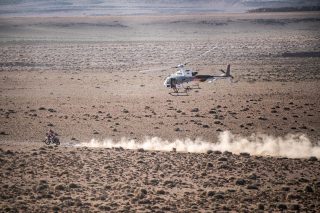 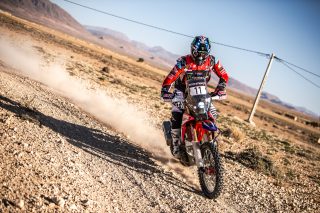 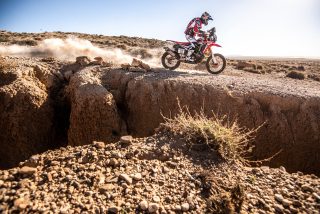 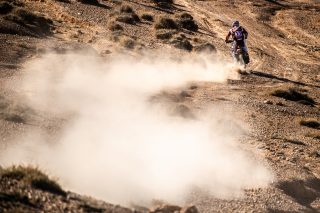 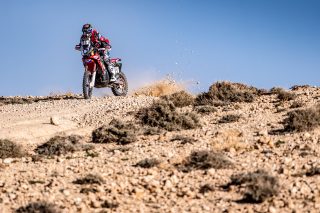 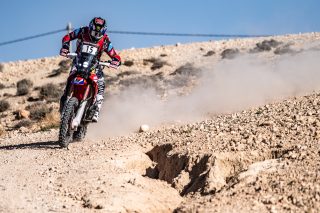 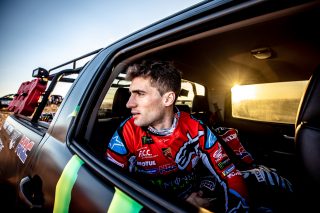 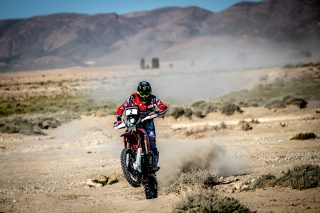 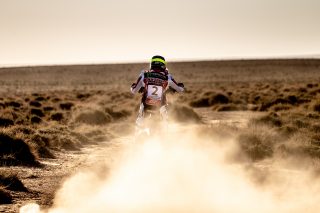 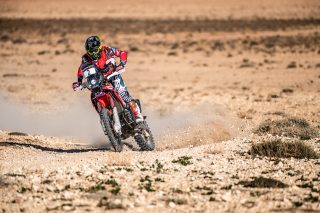 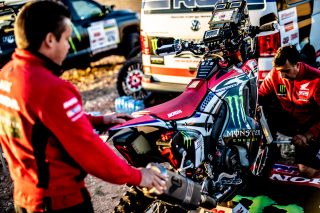 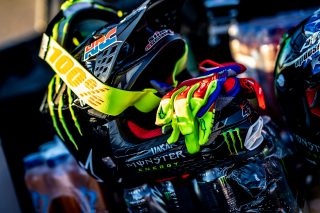 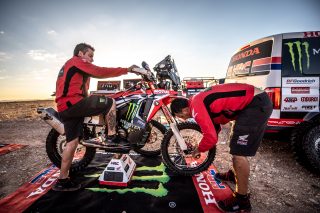 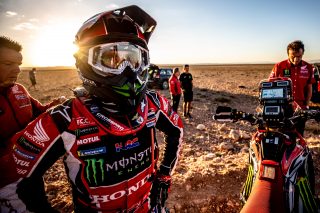 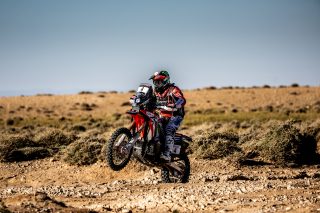 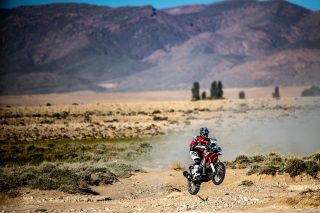 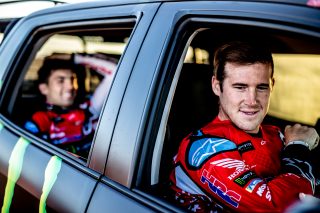 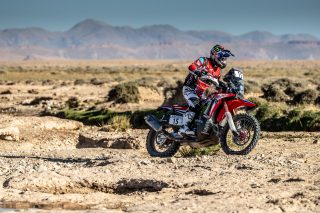 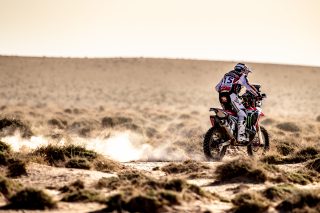 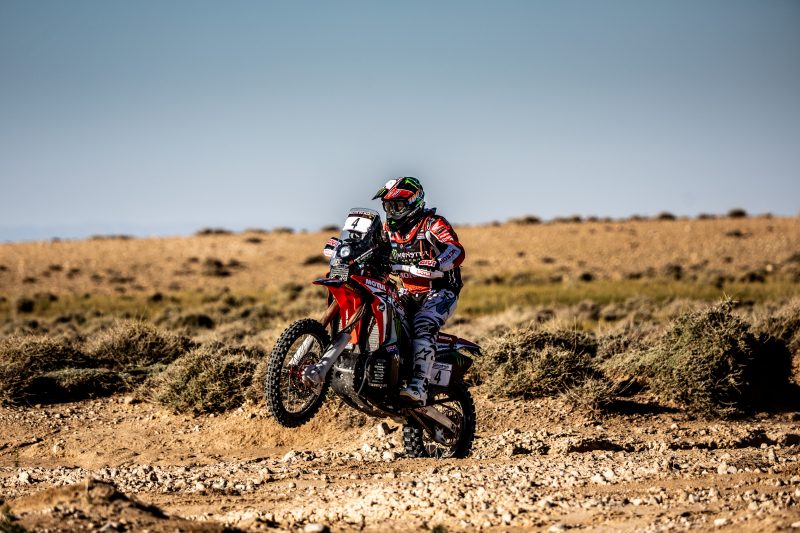