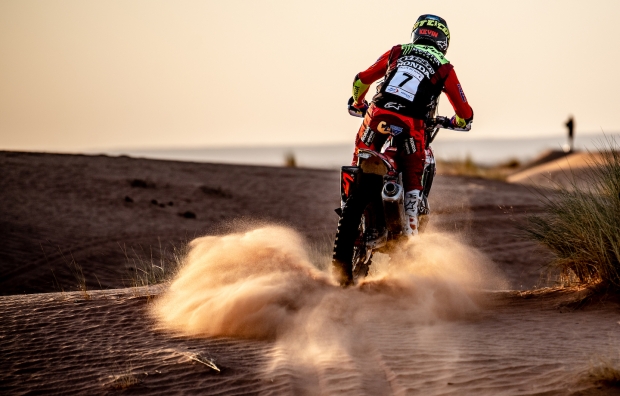 The third stage of the Rallye du Maroc continued in the same tough vein as the previous days, with riders having to cope without receiving outside mechanical assistance.

Today saw the second part of the Super Marathon stage of the Rallye du Maroc, where riders were left to fend for themselves in the case of any mechanical issues arising.

Today’s stage featured three different timed specials: a breakneck, yet uncomplicated 80-kilometre opening section; the second, at 211 km, served up a clean, high-speed route which included some complicated navigation and decisive points. The final section, originally set to alternate between fast track, stony ground, oueds with sand and a final off-road section in camel grass, was, however, cancelled by the organization for safety reasons.

Young Chilean José Ignacio Cornejo delivered a fine showing, who, after starting out from the rear and battling against the dust raised by the riders ahead, was able to hold a notable pace to finish fifth on the day and post the best finish among the riders of the Monster Energy Honda Team.

Ricky Brabec clocked up some respectable partial times with good sensations on the bike as he prepares to attack in the remaining stages of the rally. The American finished in seventh position and holds eight in general.

Yesterday’s winner Joan Barreda, likewise parked his bike in the parc fermé yesterday with a tyre looking worse for wear. In the morning, the Spaniard made make-shift repairs to be able to make it through the arduous 360-kilometre trek, but the severity of the stage punished the tyre and the rider Castellón had to slow down the pace to make it back to the Aoufous bivouac. Barreda is now sixth in the overall race standings.

Meanwhile, Kevin Benavides, second on the starting line, fell victim to a minor fall where he took a hard blow from the bike in the thigh. Moreover, the rear tyre was in poor condition after yesterday’s stage, forcing the Argentine rider to seek a more cautious race pace on the track.

The fourth and penultimate stage will be held tomorrow starting and finishing in Aoufous: 508.30 kilometres in total including 408.53 of timed special stage, the longest special of the Rallye du Maroc.

Difficult second part of the marathon: we have done many kilometres with really battered tyres and very fast tracks. I started a little back, which I think was good for such a day, but I caught Paulo early, at kilometre 17, and I stayed behind in the dust until kilometre 283. With the fast tracks it is very difficult to try to get ahead in the dust and I didn't want to take those risks. There are two days left and hope to keep the fight alive.

Today was a complicated day: at the beginning of the first special I had a fall, not too hard, but the handlebar hit me in the leg, just where I had previously had been injured. It swelled up and hurt a lot. The rear tyre was worn out so I had to manage the speed to prevent the entire tyre from splitting, so I slowed down. It was complicated but we managed to finish even though the picture had looked very ugly.

We have finish stage three, the second part of the marathon. I think it was a tough stage, maybe not as much as yesterday, but very complicated. I had some minor issue but I could sort it out. I was riding in the dust cloud of a several riders. I think I had a good day; I felt good and would say it was my best stage so far in the rally. Tomorrow they will also give us the roadbook in the morning, which will be a complicated day. We will try to stay focused and pull back in general standings. 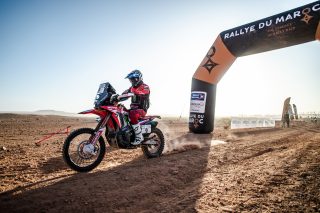 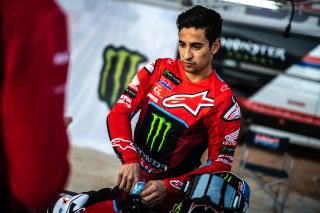 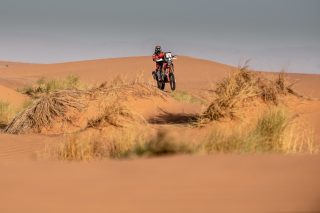 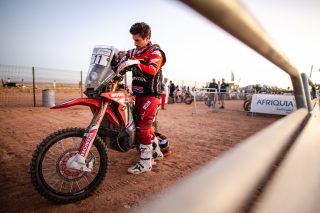 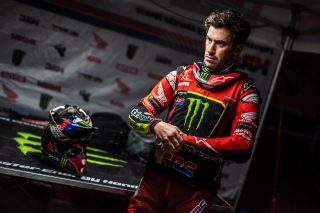 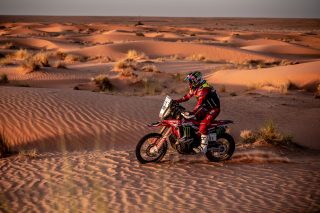 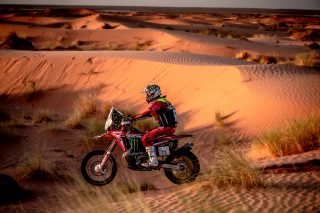 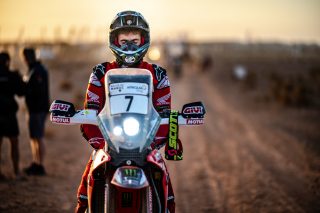 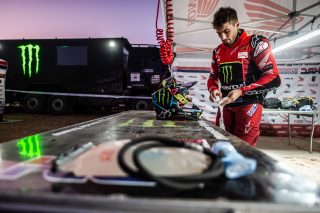 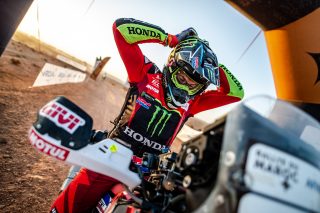 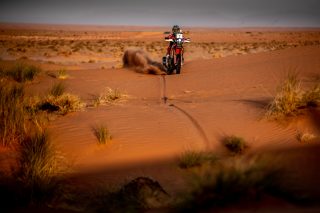 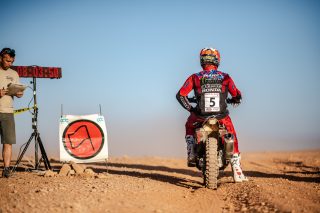 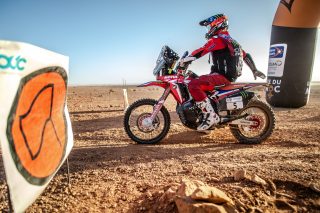 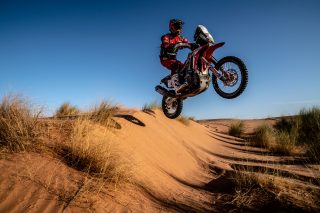 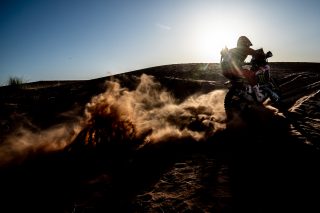 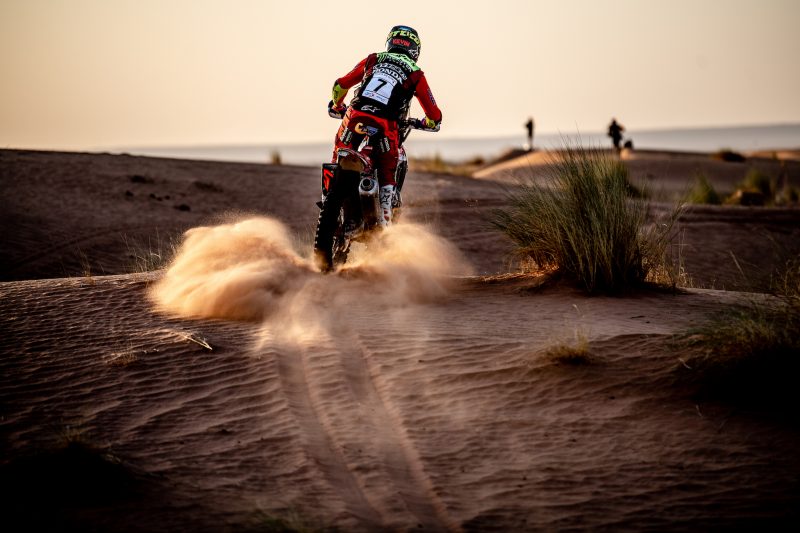