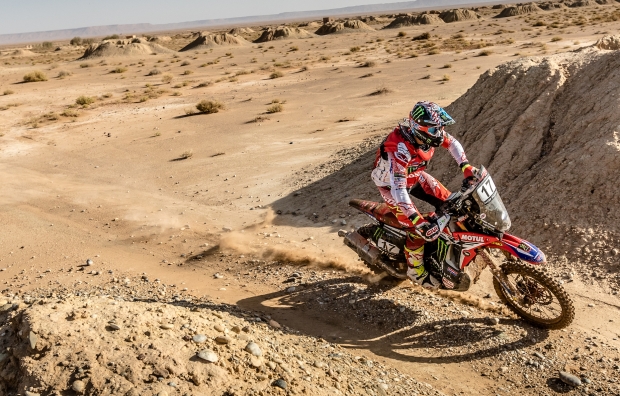 Morocco Rally’s second special stage – originally scheduled for 364.5 kilometres – was cut short due to an unexpected rise in the level of some of the rivers. The times at the first check point will dictate the day’s stage results.

In spite of the fact that certain modifications to the roadbook had already been announced yesterday in Erfoud, heavy rains saw some of the rivers near to CP2 affected more than had been expected. Race authorities made the decision to stop the race at CP1. Ricky Brabec was the best finisher of the Monster Energy Honda Team riders, while Paulo Gonçalves and Kevin Benavides posted tenth and eleventh positions in the results at CP1.

Tomorrow’s third stage will be the first part of the two-day marathon stage from Erfoud to Erg Lihoudi, with 254.75 kilometres in the first special stage and 142.79 km in the second after a 180.36 km liaison section. The course will involve overcoming some rivers – oueds in local parlance – which could be either water-filled or mud-drenched, plus there will be some sand dunes and open plains where the bikes will really get a chance to let rip. However there will be a fair share of navigation to complicate proceedings. Once in Erg Lihoudi, riders are not allowed to receive external mechanical assistance and in the case of any mechanical issues, the competitors themselves will have to carry out any repairs.

Today was a stage with a few problems. At kilometre 45 I had to cross a river and I had some difficulty, but I managed to overcome it with a great deal of care. After, a stone broke the exhaust and I had to stop to fix it. I kept a good pace but in the end I fell and I hurt my hand. I continued until kilometre 170 and there we were stopped because of the difficulty in continuing. On the way back my hand hurt a lot and now my top priority is to try to recover before the stage tomorrow.

It was a very complicated stage. There was a river where yesterday they had marked a modification with a detour. Some riders had problems there and I, fortunately, checked it out well before crossing, so I had no problem making it to the other side. At kilometre 80 I couldn’t find a waypoint and I had to ride around a bit in order to find it. I continued well and at kilometre 160 we had to cross a river and it was practically impossible due to the amount of water. We looked for ways to cross it and there was no way, so that was the end of the stage for the bikes. It was a short stage, but we're fine. Tomorrow is the marathon stage and it will be a long day, with a lot of kilometres, where we will have to try to keep a strong pace and move as far as possible.

Stage two had some difficulties, not so much for the navigation, but for the terrain which went from mud to rivers that were barely passable. They had to trim the stage a little bit shorter. Seventh position isn’t so bad. I’m happy to be here and to start stage three. After kilometre 45 I went across the water and fell in the mud and got stuck there for a little bit. The bike was completely buried in the mud. It was a little bit difficult for me to get it out by myself but I managed to do it and I continued my stage from there to CP1, and then on to kilometre 165, where the stage had to stop at the lake bed due to water and mud. Tomorrow is the marathon stage so that means we are camping in the desert with no barbeque, without good clothes and without good showers! The marathon is always fun except if you have bike problems. Tomorrow and the day after are going to go by pretty quick. It’s always faster when there’s a marathon stage and you don’t get to see the crew. It all blends together like one long stage. I’m happy to do that and meet up with the crew back in Erfoud. 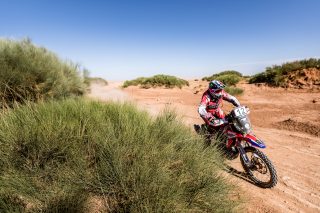 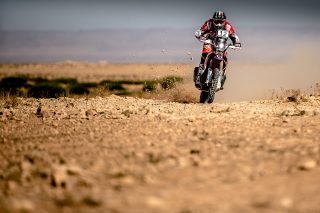 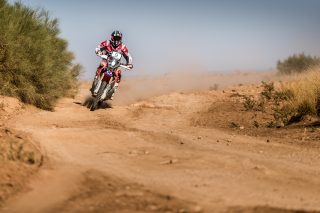 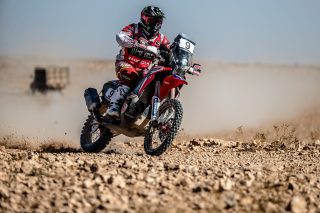 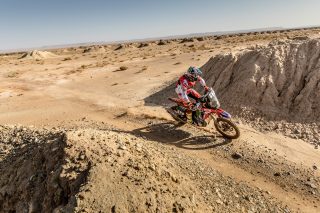 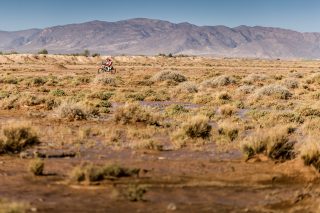 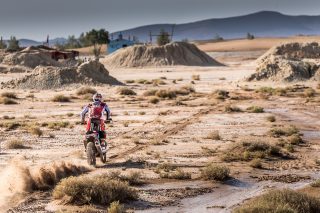 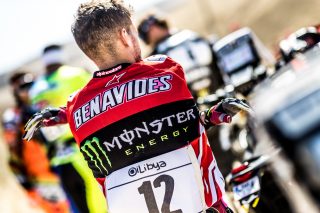 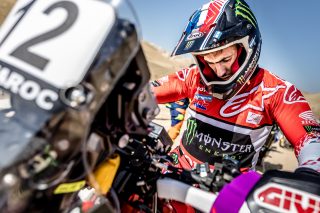 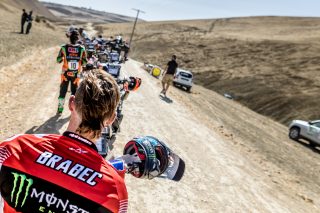 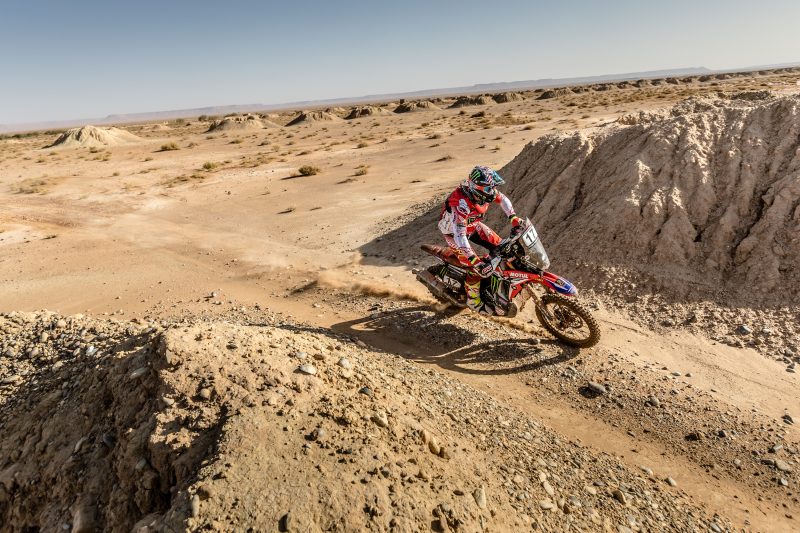