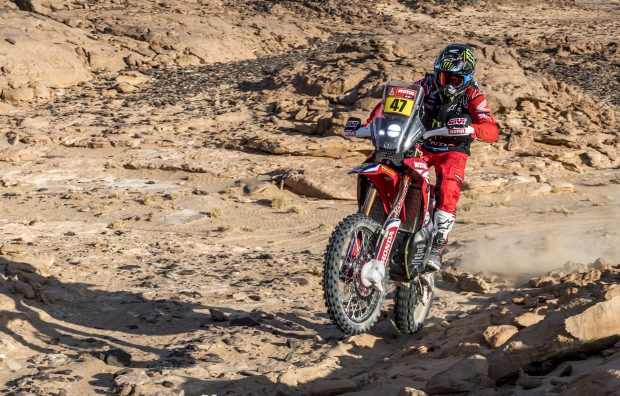 After a fine stage yesterday, with a one-two for Barreda and Brabec who claimed the top of the overall rally standings, today was the turn of Kevin Benavides. The Argentinean Monster Energy Honda Team rider finished the Dakar 2021 third stage in runner-up spot, just short of the leadership.

The Wadi Ad-Dawasir loop, over 630 total kilometres, including 403 km against the clock, once again turned the Dakar standings on their head. It has become normal to see the first riders to tackle the special drop time to their rivals due to the complicated task of navigating in a very demanding Dakar. Riders, starting further back, are able to re-trace the tracks and hunt down the front-runners, as they are able to focus on riding rather than the tough navigating. The third stage today served up dunes and desert navigation throughout, featuring some trial like areas on certain stretches of the route.

Joan Barreda and Ricky Brabec – first and second yesterday – had a rough day, opening the track with arduous navigation before reaching the dunes, which proved difficult with the strong winds blowing in from Wadi Ad-Dawasir. The pair tried to manage the distance from their pursuers, but it was a gruelling mission for the Monster Energy Honda Team duo who left behind easy-to-follow tracks. In the end, the Spaniard took thirtieth place with the American posting twenty-fifth. The result leaves the pair lying in fairly reasonable overall positions: Barreda is eighth and Brabec thirteenth, 11’15” behind the leader.

Second place at the end of the first looping stage went to Kevin Benavides. The rider, hailing from Salta, Argentina got off to a strong start this morning, hoping to clinch a partial victory, but eventually having to settle for the second best time of the day. The result places the rider second, just 33 seconds behind the rider who leads the provisional.

It turned out to be a good day for Chilean José Ignacio Cornejo, who showed no signs of hesitation whilst momentarily opening the track for several kilometres after catching up with the leading group. The Iquiqueño rider imposed a steady pace throughout to claim tenth final place, both in this third stage and in the general standings.

Tomorrow, stage four, will see the Dakar return to the Saudi Arabian capital, but unlike last year, it won’t be for the rest day, although competitors will definitely need it after completing over 800 kilometres of stage. The longest day of the event takes place between Wadi Ad-Dawasir and Riyadh with a 476-kilometre link section compared to just 337km against the clock. It is expected to be a day with less complex navigation on fast tracks where they riders will be able to really let rip with the Honda CRF450 RALLY.

You know the results are out of control. It’s like a rubber band effect. It’s flip-flop, either out or in. It’s really difficult – not really frustrating. We can’t figure out how to get back into the swing of it. We need to finish in the top ten and it’s really hard to find that rhythm and find that speed. We can’t seem to find how to finish around seventh position to sit there and watch everything unfold. The Hondas and Toby have opened every stage so far. It’s been pretty difficult so far, but we just need to find a new strategy. We’ll try and see if we can do something different tomorrow and try and finish in the top ten. The situation that Joan and I are in is tough. We are at the back and they are at the front. We’re at the opposite ends of the spectrum. We need to get the group together, but the navigation is slow in some areas and fast in others. The roadbook, the results, the standings have all been a roller-coaster. Everything so far has been up and down. We are 12 minutes off the lead. We can make it up in one day, especially starting from the back tomorrow. It’s only day three. We are going to do our best.

It was a stage with a bit of everything. Dune areas, trial areas with a lot of rocks and also some very fast parts. Today's goal was to try to catch up with those in front, I did it and I opened a good part of the stage too. I am happy with my pace and little by little I am progressing in the general standings. I feel very comfortable with the bike and I am very motivated to continue turning out solid stages and continuing to make progress in the general classification.

Very happy to be in front again. Today I started from behind and I knew how to take advantage of this situation. I went out to do my best and I felt very comfortable with the bike and with the speed. Glad to have made up some time. Tomorrow it will be time to open the track, so I will have to try to do my best. This Dakar is turning out to be very different, with a lot of ups and downs, but for now I am very happy and eager to continue. 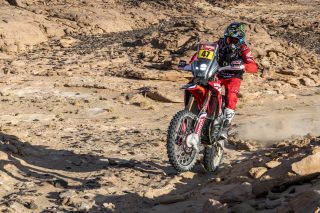 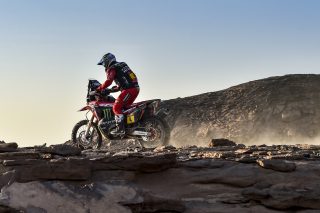 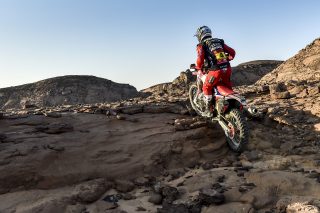 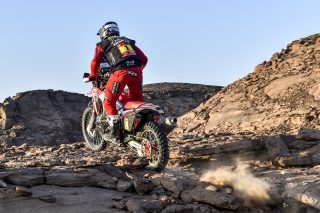 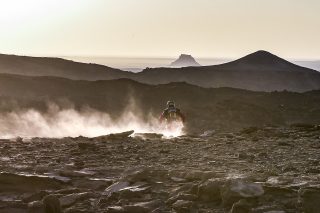 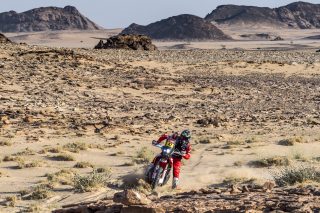 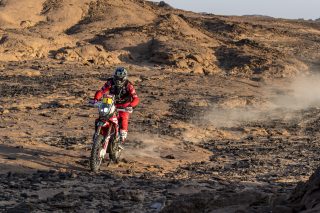 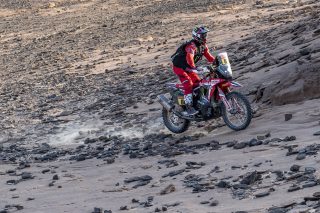 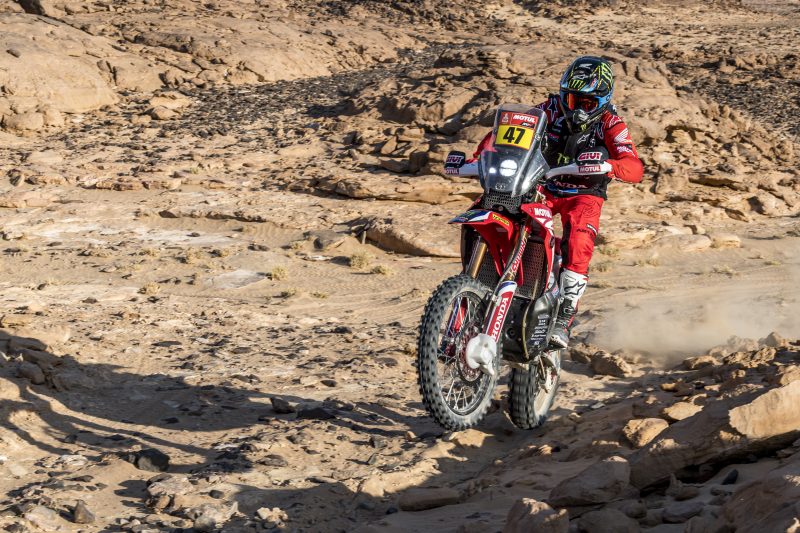