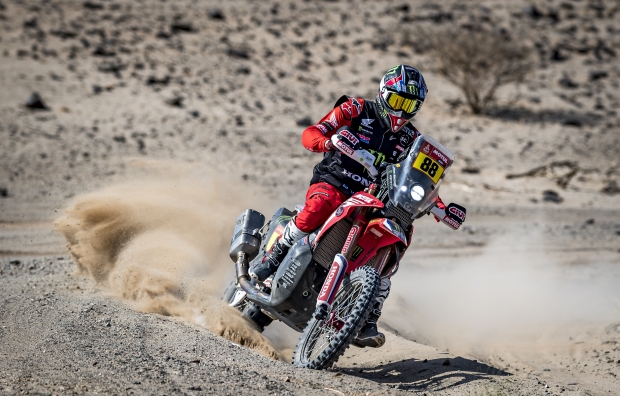 Once again, a Monster Energy Honda Team rider claimed the top spot on a very lengthy fourth day of the Dakar Rally. Joan Barreda clinched yet another stage victory and now lies in second overall. Kevin Benavides likewise turned out a fine showing and currently holds third in the general standings.

After heading out from the Wadi Ad-Dawasir bivouac, riders embarked on a 266-kilometre road link to the start of the 337-kilometre special, heading north towards the newly situated bivouac in Riyadh, before another 253-kilometre liaison took the day’s total to 856 kilometres. The special was, for the most part, over sandy track and hard terrain, while the few dunes on the route did not present any significant dangers. Navigation, once again, played a key role in the stage.

Joan Barreda took advantage of his 30th-position start to attempt to close the gap as much as possible on his rivals. The Spanish rider from Monster Energy Honda Team set a scorching pace to claim a second triumph in this Dakar, with the rider from Castellón taking his stage-winning tally to 26. Overall, Barreda holds second place, a mere 15 seconds behind the new leader De Soultrait.

Another fine mission from José Ignacio Cornejo in this 2021 Dakar. The level of motivation of the Chilean rider from Iquique grows by the day and the rider looked very much at ease on the track, recording the seventh best time of the day. Cornejo is now ninth in the general rankings, eight minutes adrift of the top.

If Barreda rode a fine stage, Kevin Benavides certainly did no less. The Argentinean rider, starting second on the day, rode like a bat out of hell, fending off valiantly the attacks from opponents to bring the Honda CRF450 RALLY home in fourteenth place, without dropping much precious time. Benavides concedes a position in the Dakar overall standings, where he currently lies in third, some 3’24 behind De Soultrait.

Ricky Brabec today played his hand in a bid to find some kind of consistency that might produce better results that on the previous stages. The reigning Dakar champion finished in the top twenty and occupies fifteenth position overall, just over sixteen minutes behind the race leader.

The fifth stage will take the riders into a new, tough stage tomorrow. Competitors head out from Riyadh bound for the new Al Qaisumah camp. There will be a 205-kilometre timed special, out of a total of 456 kilometres, over varied terrain including sand, dunes, but also over rocky ground that could potentially cause punctures.

Today was one of the easier days with a lot of fast tracks. We started at the back so it was basically a free road for us. We don’t stand out in the results – that wasn’t the plan. We didn’t want to go out and win. Someone has got to put a stop to the yoyo effect that we’re having with KTM. I sacked up and I went slow today to try and get in with the rhythm of the main group. So far we are looking pretty good. We are starting tomorrow at the back with the KTM guys. Tomorrow, we’ll have a good push and hopefully get back to the front. Right now we are just 16 minute out of the lead. That’s nothing. It’s one day. Hopefully, tomorrow we can make up some time and go into the rest day in the top three. Today, I just wanted to sit back and get behind the curve. We are just flip-flopping and the results are changing every day. In order to manage the race, we’ve got to get behind and start fishing for them. We’ll attack tomorrow and see how things look on the rest day. It’s tough out there. We got turned around at one way point. But, in the end, if you look at the times, we are all really close. No stress. Just taking it easy today, to get behind everyone so that we can make up time tomorrow before the rest day.

Today was a very fast stage with difficult areas to navigate, but I didn’t made any serious mistakes on what proved to be a great day. I came out with one of the tyres that I had already used so it was not in very good condition. That’s why in the second part of the special I took it easier as the back wheel was slipping behind. But in general I felt good, I think we finished in a very good position ahead of tomorrow's stage. I’m gradually climbing up the general standings, trying to be consistent, but without having to open the track.

Today was a very good stage for me, I started in second position and I pushed hard. I was able to catch up with Toby and we rode together until the end. The result was good because we have reduced the time from previous days. It has been a very difficult Dakar so far in terms of navigation, but for now I am very happy with the job we’ve done. We are in the fourth day and we will continue fighting every day. 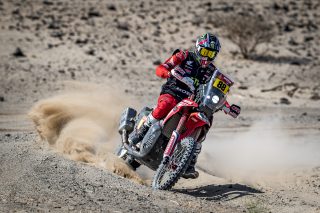 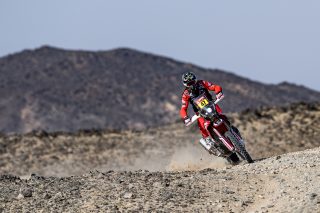 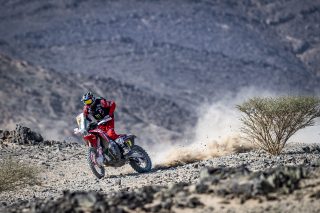 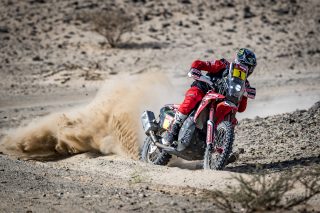 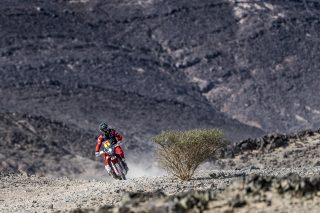 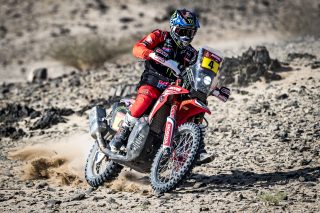 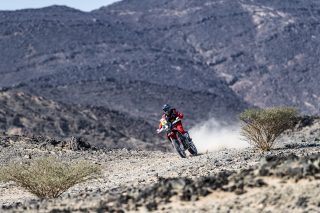 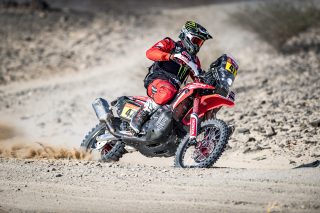 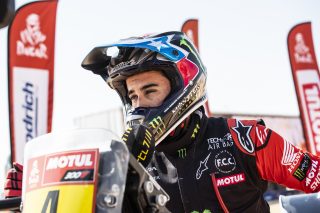 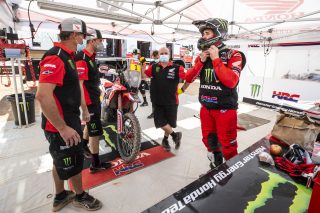 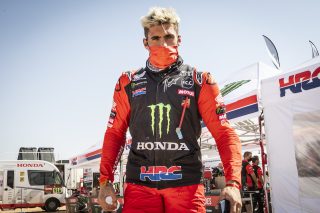 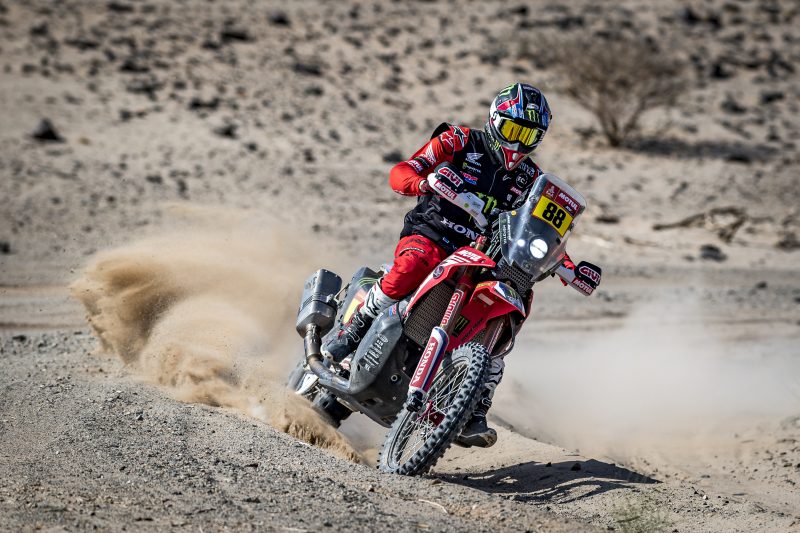