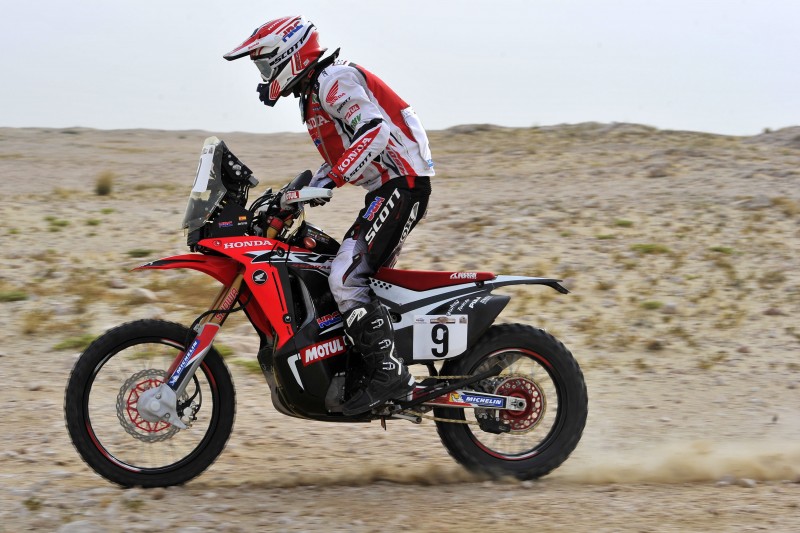 Another good day at the office for Team HRC in the second stage of the Sealine Cross-Country Rally. After a long and gruelling stage needing a lot of navigation, the Honda CRF450 RALLY riders picked up a worthy team result, leaving them well established in the overall standings.

It proved to be a satisfying day for the Team HRC riders in the second stage of the Qatar rally, that leaves the door open for a promising final result. Paulo Gonçalves finished in second, Hélder Rodrigues, fourth, and Joan Barreda in sixth place, a result that means all stand a chance of a final podium place.

What an arduous second stage the of the Sealine Cross-Country Rally turned out to be. The race is the longest of all the rally’s stages in terms of kilometres, with some 396 km of route through Qatar’s peninsula. The route was cluttered with many rocks, and the terrain was hard. Moreover, a very tricky day’s navigation played an important role, and this meant note-reading right from the outset.

Paulo Gonçalves, who set out from behind after commiting an error yesterday, managed to claw his way back to second, and erase most of the time lost in the first stage. The Portuguese rider arrived alongside the stage winner Sam Sunderland, and now lies only 2’29” behind the race leader.

Hélder Rodrigues, likewise had a quiet stage, finishing in fourth place on the day and is sixth on the overall score-board.

Joan Barreda’s stage went pretty much according to plan. The rider set off from the front with a lot of complicated navigation ahead, which allowed his adversaries to catch up with him, but finished in the leader’s group. His sixth place on the day, leaves him in second overall.

"It was a really hard day today. Over 390 km of hard track and lots of rocks, as well as difficult navigation. I managed to make up for some of the time lost yesterday. We've got three days ahead, and I'll keep the objectives in mind, and will keep pushing."

"Another long and difficult day today. 396 km with loads of navigation, rocks, tracks and even some sand. I enjoyed it but it was tough. I finished fourth and now we are beginning to see the results of our hard work, so we'll keep on fighting for a win for Honda in the rally, and keep the team ahead in the championship. The team objective is also mine."

"I started off opening the way with a really difficult navigation for over 400 kms. Some 80 km into the race the riders behind caught me up and we arrived at the finish-line together. We've got a great position from which to push and to try and finish ahead."

"The second stage of the Sealine has been one of the longest with 396 kilometres, a lot of rocks, and complicated navigation. Paulo won back some of the time that he dropped after a mistake yesterday. Barreda opened the way today, and as was expected the other riders caught him up and they arrived at the finishing-line together. In general it has been a very good day for the team. Tomorrow will be another day to fight for podium places." 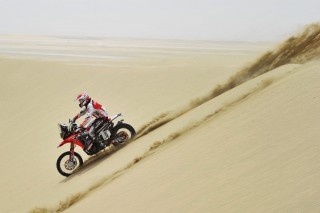 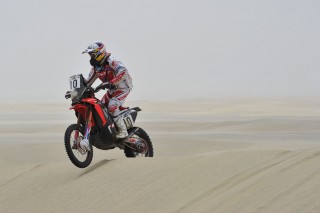 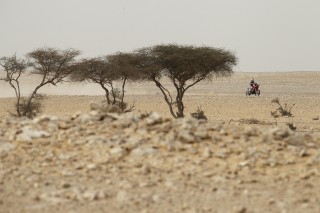 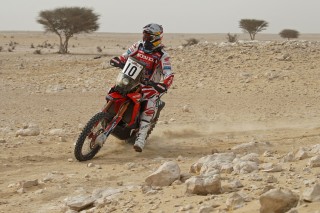 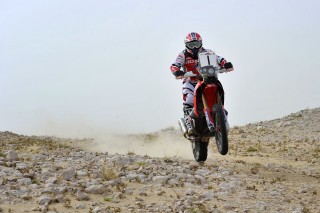 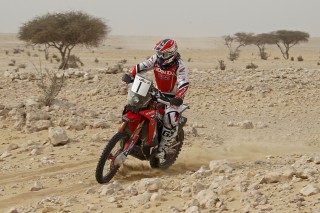