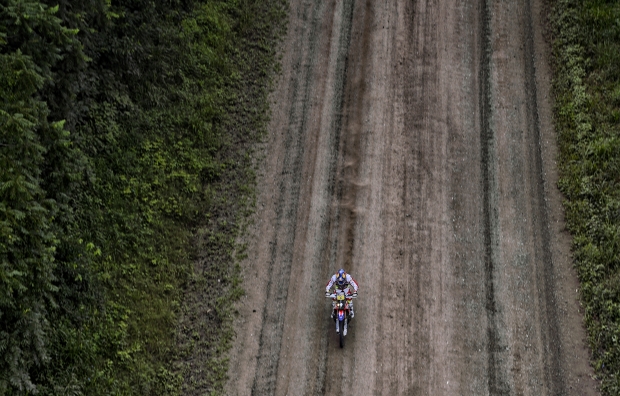 Joan Barreda and Paulo Gonçalves commanded the fourth special of the Dakar Rally – the first part of the gruelling marathon stage – and are now well-placed at the head of the general standings. Metge, Brabec and Ceci finish well too.

Another day of superb results for Team HRC at the Dakar Rally 2016, clinching first and second places in a demanding fourth stage. As the race ended it was time to immediately hand over the bikes, which will spend the night isolated in the parc ferme away from the mechanics, technical crew and even the riders, who are prohibited from repairing or servicing them. When the bikers pick them up tomorrow they will find them in exactly the same condition in which they were left.

Joan Barreda was yesterday lumbered with a one-minute penalty for speeding in a radar control, which meant the Spanish whizz was stripped of his first place in both the stage result and the overall rankings. Barreda started today from fifth place which allowed him to chase down the adversaries up ahead.

Barreda and Paulo Gonçalves once again imposed their infernal pace throughout the more than 400 kilometres of special stage today which took place at an average of 3,500 metres altitude in the Jujuy region. The Castellon rider was soon at the head of the course, crossing the line with a 1’49 surplus over his team-mate. Both now lie top of the overall race table.

At the close of the day, the ASO has once more verified that Joan Barreda broke the speed limit at several radar checks and have once again penalized the Team HRC rider, this time with a five minute sanction which means the Spaniard again misses out on the stage victory and drops to third in the general standings. Team HRC’s Paulo Goncalves has been named winner of this, the fourth stage and is now the overall leader.

Beware of headaches!
All round vigilance is required for this second part of the marathon stage: in addition to managing mechanics, particularly the tyres, all the drivers will have to pay attention to their own bodies’ reactions. Entry into Bolivia is also marked by an abrupt increase in altitude, rising to 4,600m – the highest point in Dakar’s history – during the day’s special section. Technically, it is also in this stage that the rally steps up a gear, with the first off-piste sections as well as some navigational gems which might be a headache for some navigators…

You can see the details of the fifth stage (route and profile), here.

The stage went pretty well. It was a long special at more than 400 kilometres with a very high average speed. There wasn’t a lot of navigation but I was in doubt at one point and I lost a few seconds. We arrived without any problems and everything will be ready to set off tomorrow for the second part of the marathon stage. The teamwork has been excellent: to arrive here with everything in order, in a stage like this one, is perfect. 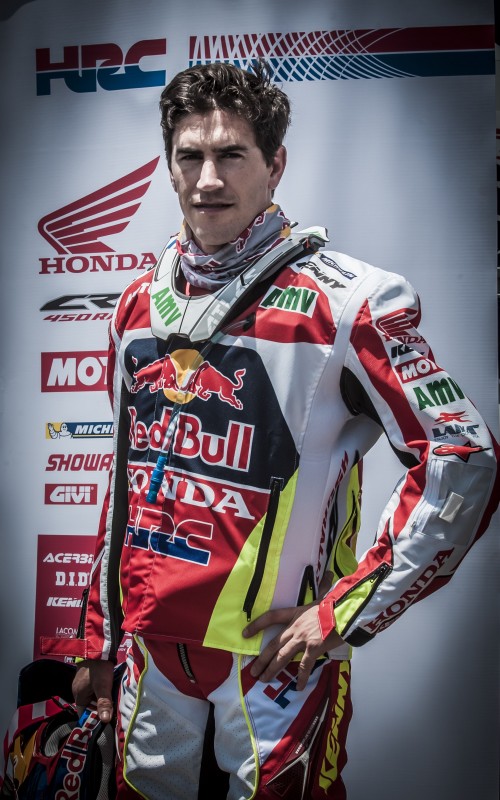 We kept up a really fast pace in this stage. Kevin Benavides opened the track and was very speedy, as was Paulo. I tried to catch him up and got past Svitko. In the last kilometres I was riding behind the KTM riders and I had to slow things down due to the dust. We had a great day and took care of the bikes, plus there were no falls or problems that could compromise tomorrow’s start. Now it’s time to rest and prepare the second part of the marathon stage.

It hasn’t been a bad stage. I was riding really well until I came up against a rider who I couldn’t get past. He was spraying dirt all over me and he put me off my stroke. I was finally able to overtake him but I ended up losing a lot of time.

The truth is that I felt pretty good in the stage today. It was a very fast one with a lot of high-altitude track but it went very well. I’m getting more and more used to the race which is important as there is still a long way to go. The team is doing a really great job and the bikes are running really well too.

This morning it was a bit cold when we got to the start of the special but we entered into the warmth. It was a really fast stage where it wasn’t too difficult to navigate. I didn’t have any problems with the altitude. Everything is going perfectly well so far. I’m very happy.

It is the first time that I have opened the track in the Dakar and I was a little nervous as I didn’t want to make any mistakes. I was very careful with the roadbook and I think that I didn’t do badly: I found all the right routes and was able to maintain a good pace. Paulo caught me up and we arrived at the finish-line together. We have to save our strength and protect the bikes because we are without assistance.

I am happy that all went well in this fourth stage of the Dakar rally, the first part of this complicated marathon stage. All our riders arrived well at the marathon bivouac and the bikes are not damaged. That is very important for tomorrow’s stage without team support. It is great to be placed well at the front of the overall standings. 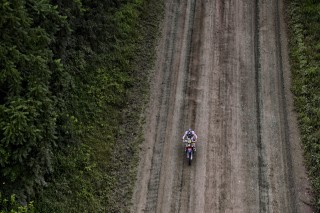 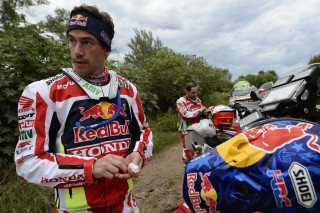 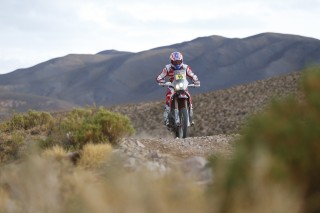 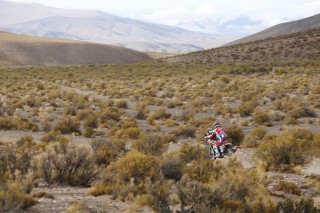 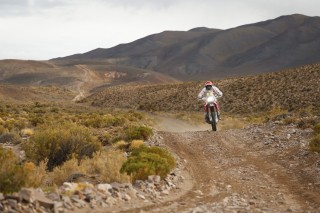 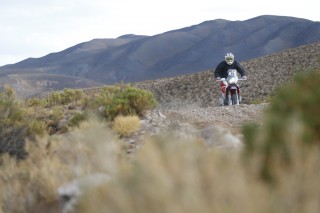 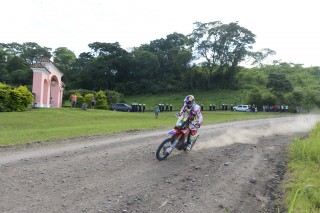 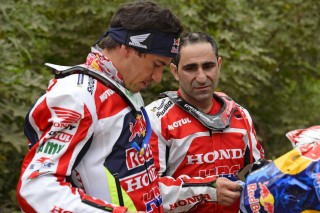 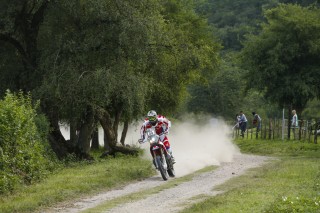 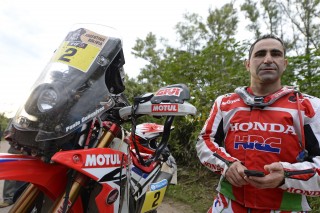 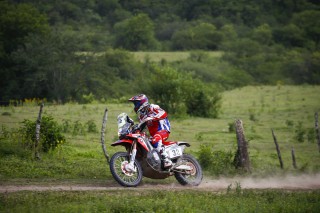 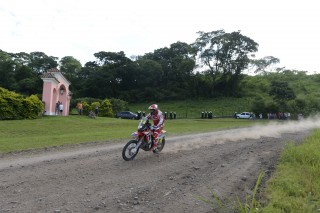 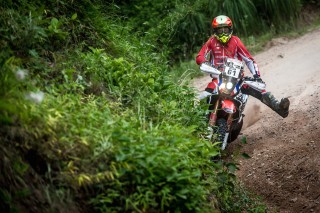 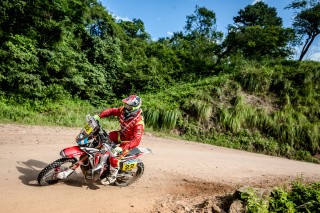 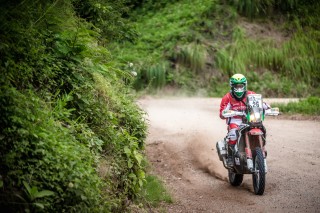 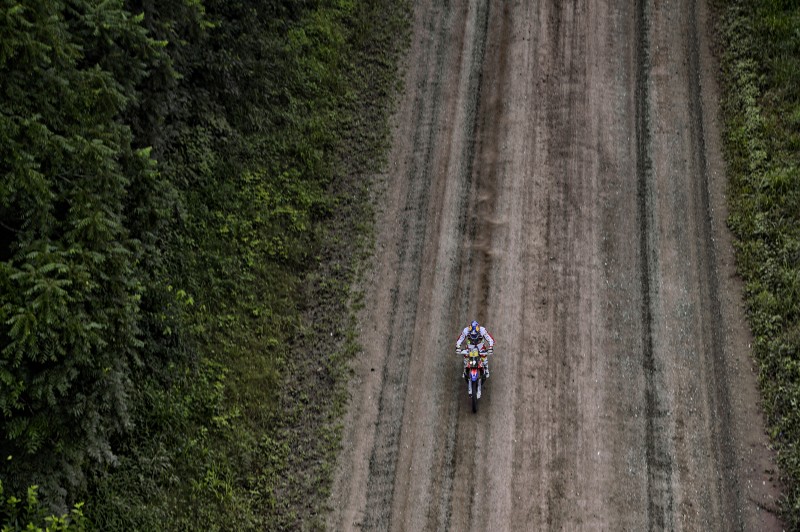