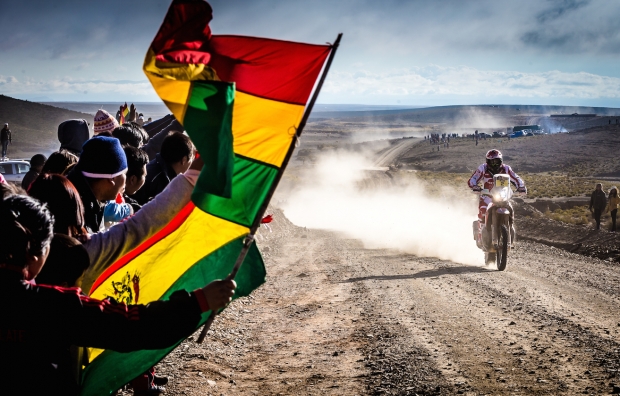 The good news is that for the first time since the Dakar 2016 began, riders were able to set off without waterproofs, the bad news was that another type of difficulty had replaced the bad weather: altitude. Today’s stage was battled out at average heights of over 3,500 metres above sea-level, enough to put the physiques of even the toughest riders to the test. To make matters worse, the recent days of easy navigating have come to an end and competitors can expect complications ahead. As is now habitual, the arrival of the entourage in Uyuni was nothing less than an all-out fiesta.

At the end of yesterday’s stage Joan Barreda had the rug pulled from under him with another sanction, this time a five minute penalty for breaking the speed limit in a radar control. Race officials ruled that the new stage four winner was Team HRC sidekick Paulo Gonçalves and awarded Honda man Kevin Benavides the runner-up spot. Today, the same pair suffered the handicap of having to open the field for 327 kilometres while the pursuing adversaries were able to follow the correct tracks already mapped out by the front-runners.

Joan Barreda, who set off from Jujuy in fourth starting position, was the best of the Team HRC bunch, conceding a total of 5’57 to the stage winner Toby Price. Portuguese rider Gonçalves, who was suffering from altitude sickness, likewise conceded 8’56 to finish in 12th.

High tension loop
The longest special section of the Dakar takes place on the 6th day of consecutive racing. And that is not the only difficulty of this operation, which will take place between 3,500 and 4,200m in altitude. The pace and surfaces change constantly, alternating between sand and rock, which may be disconcerting, especially if it rains. Glimpses of the Salar d’Uyuni are but one of the visual delights on the agenda. Meanwhile, the truck category, which will race separately on this 6th stage, will visit the home town of the President Evo Morales.

You can see the details of the sixth stage (route and profile), here.

I think that in the end I had a good stage today. We were faced with a really tough physical stage, very hard for all. I think that it went well even though there was a problem with the navigation in the final stretch that didn’t match the roadbook. I hope they clear up these points. It didn’t go badly because we are still in the running to win the race.

It was a really difficult marathon. The altitude gave me a headache, but even so, I’m fairly happy with the way that it went, because the bike held up really well and I clocked up a good time. There is a great stage awaiting us tomorrow. Let’s see what happens, but right now I need some rest. Today, the first and last 100 km were demanding for the navigation, but I managed to make it through.

It was a very long special with mountain tracks, rivers…. Today I couldn’t find my rhythm. It didn’t go like it went yesterday. I took the maximum precautions throughout the special and even so that I came off the track on the way down, which turned out to be nothing. Overall, I’m pleased though.

Today was the second of the two marathon days. Today was good and started out fast; the navigation got a bit tricky. I was very confident halfway through the stage and I was picking up the speed a bit. Eventually the rear tank was empty and the front tanks were still full so the weight distribution was hard to ride with and I came into a curve a little bit too hot. I just laid the bike over and slid out. When that happened I smashed the exhaust pipe so that robbed me of a lot of power. So with the crash and the fast roads and me only going at 135 km, I lost a bit of time but I’m still here safely and the bike is still running and there is a long way to go.

A good stage today. There was a lot more navigating to do than in previous stages. It was long and hard. Tomorrow we will have the longest stage of the whole Dakar so we’ll have to rest as much as we can: 542 kilometres of special stage where we will have to be really careful as it will be at an altitude of almost 4000 metres.

It was a very tough stage, at altitude and very dangerous with a lot of cliff edges in the mountains. In the end we had a lot of navigation problems with a cable that wasn’t shown and some things that didn’t seem to coincide with the roadbook. I hope that the ASO makes a note of this, because we were lost for quite some time. Above all I made it here and that is what really counts. 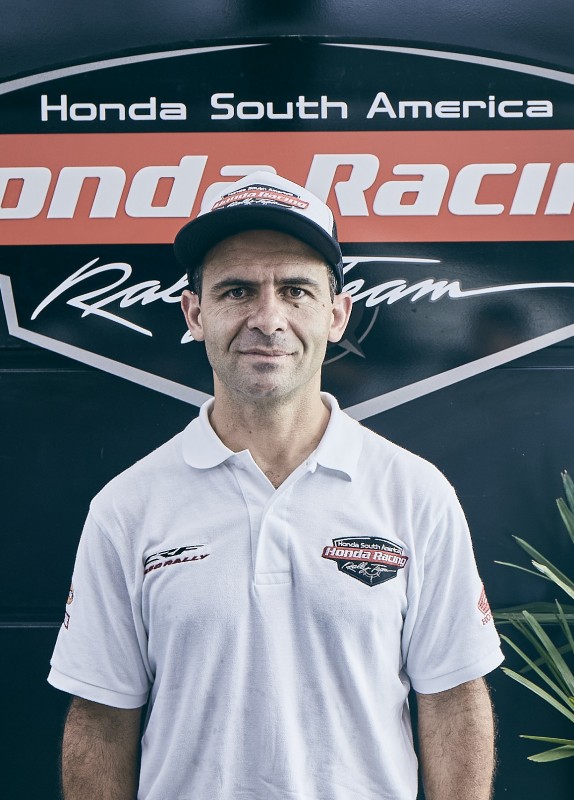 Everyone in the Dakar is looking for the victory and good personal results, but we are a team and I am here to work and help Honda to win the Dakar. It doesn’t matter who can win, but rather that the brand finishes as high as possible on the podium. For that reason I chose to sacrifice my race which had been at risk since the accident in the first stage. So I gave my radiator to Pizzolito, who needed it.

So overall we are happy to have finished a good marathon stage over the last few days and everyone arrived here in Bolivia with the bike ok and without any major difficulties. Today was as we expected with our guys losing time after opening the track. It was a bit tricky to find the right way. But in the end everything was ok. We are ready for tomorrow which is the longest stage of the whole Dakar, around the Uyuni Lake. Hopefully this time not in the water…. 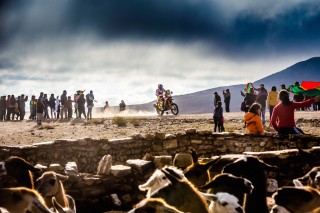 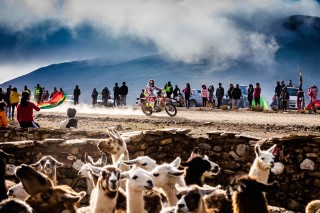 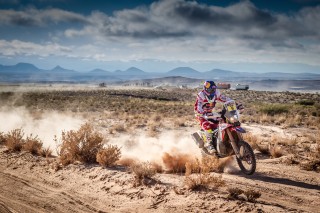 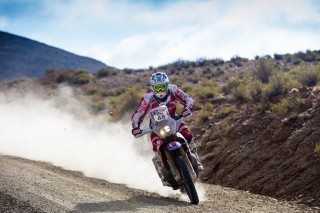 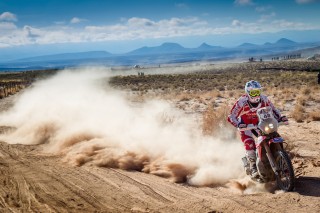 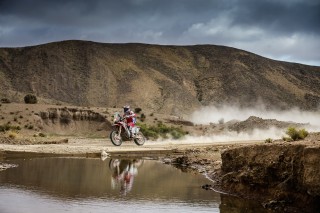 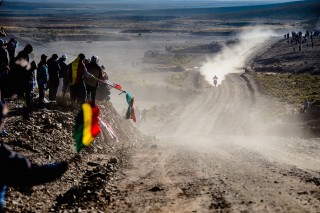 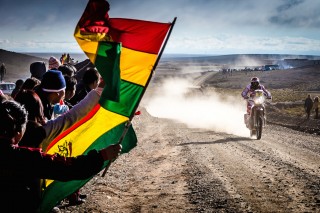 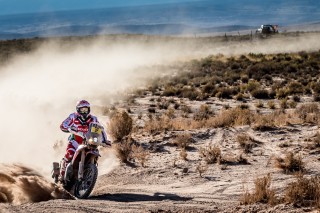 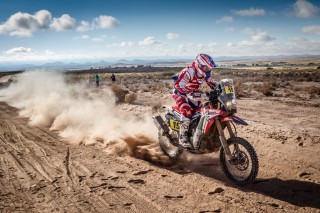 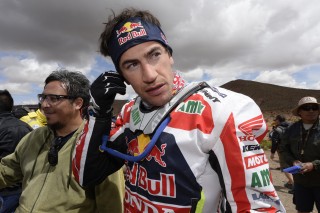 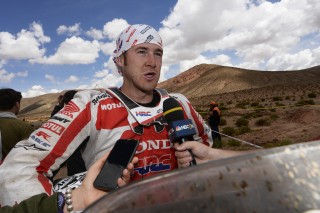 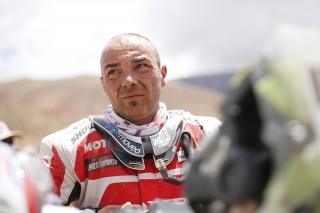 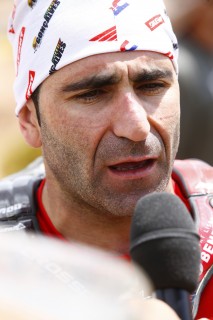 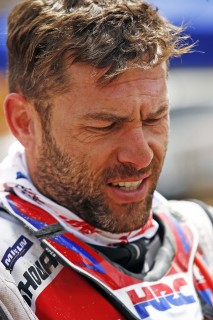 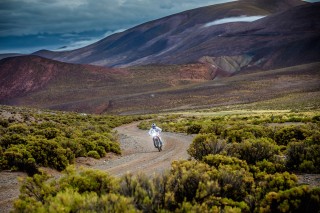 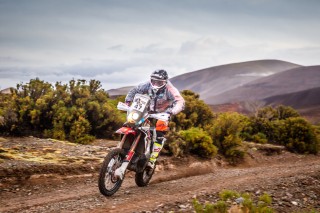 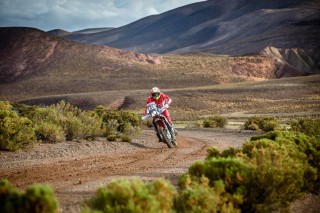 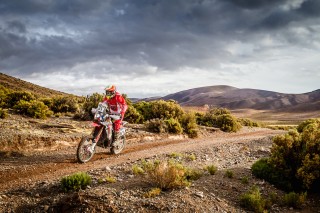 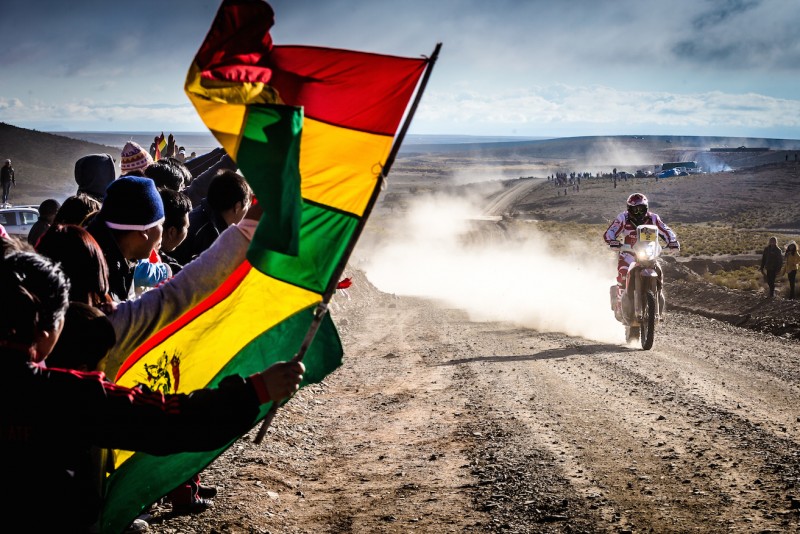