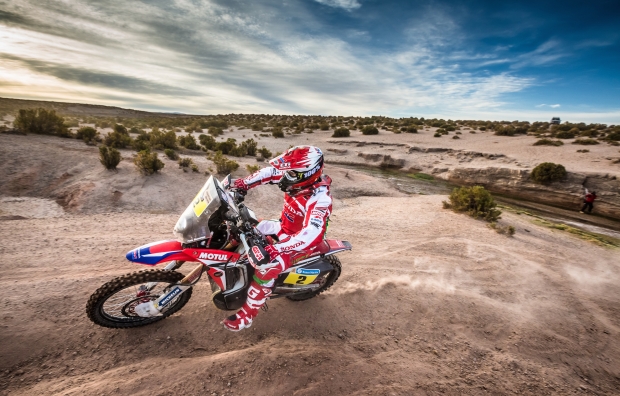 The Dakar Rally’s sixth stage – a looping route that started and finished in Uyuni, Bolivia – proved to be an arduous, physically challenging affair, including over 540 kilometres of timed special stage. By the time competitors made it back to the bivouac, they had sped through a total of 723 kilometres at 4000 metres altitude and faced some headache-inducing navigation. The race’s highest level at one point even reached a giddy peak of 4,600 metres (15,000 feet).

American Dakar debutant Ricky Brabec turned in a thrilling performance – his best to date – finishing in seventh on the day and jumping to fourteenth in the general rankings. French team-mate Michael Metge, was able to regain momentum and climb some places in the general after finishing the gruelling marathon stage which had displeased him so much. Today, he came home in eleventh place and moves up the table to a respectable twelfth spot.

Joan Barreda came out gunning for victory in this, the longest special stage of the Dakar 2016 at 542 kilometres. After a gutsy start climbing the field, the Spaniard was suddenly forced to halt and lost time trying to sort out a technical issue. Team-mate Paolo Ceci was soon on hand to help out and at the time of sending this press release the rider is being towed by his colleague back to base in an attempt to salvage something from the Dakar. What exactly caused the machine to stop is yet unclear.

Argentinean Kevin Benavides continues to excel with Honda South America Rally Team, who in spite of not finishing as well in today’s special as he had done recently, still manages to rub shoulders with rally’s elites near the top of the overall standings. Benavides lies 21 minutes off the race leader Paulo Gonçalves. Frenchman Adrien Metge on his maiden Dakar outing scored a 21st place and Argentinean rider Pizzolito finished 36th and moves up in the general.

A quick paddle before a rest
The end of the first week of racing is always a decisive intermediate objective. This year, anyone who has put in the ground work during their preparation and who has respected the major recommendations of the discipline will be able to reach it. However, they still need to get to the end of this exhausting day, which will involve getting their feet wet crossing rivers. It is likely that half of the vehicles will arrive in Salta after nightfall… but perhaps before their assistance teams, who also have a long road ahead of them.

You can see the details of the seventh stage (route and profile), here.

Today really was a very long day. Really tough as we had to ride in altitude. For me it was really hard as I had a terrible headache because of the altitude. I tried to stay as focused all the time and not make any mistakes, but while trying to be quick on the bike. I’m happy to have arrived here and to be able to rest a bit and prepare for tomorrow’s stage.

Today the stage was really, really fast, a lot faster than I like to go actually. It wasn’t only fast but it was super-dusty. Starting 24th, over the first 150-200 kilometres I was in the dust just hanging out. At the first refuelling I was closer to the people in front of me. I was playing it safe all day, riding consistently. I made a mistake in the dust on a stony corner. The front wheel just washed out on me and I laid the bike over. Other than that, the stage was good… good and dangerous! So, I’m happy to be here again and we can go again tomorrow.

What a long day! There were so many different types of terrain – some very fast, some less fast with sand and rocks, which is where I like to ride. I really felt great on the bike. It’s a real shame about what happened to Joan, but in a mechanical sport this type of incident can occur.

It was a difficult day for me today. 540 km of special stage is really long. It was going well and I felt comfortable but with 60 km left to go I started to have trouble with the instrument panel and had to stop to fix it. I lost a few minutes but the important thing is that we are still in the running.

Of course today we had a big disappointment with the bike problem of Joan Barreda, with all his aspirations of winning the race gone today. But, of course, we will not give up fighting and doing everything to get a result. We are especially happy that Paulo could keep his leading position overall in this very difficult and demanding stage. Now, over the next few days we will have to stay focused to do everything in our power to give him the necessary support. 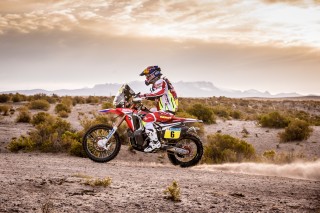 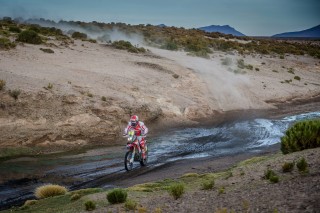 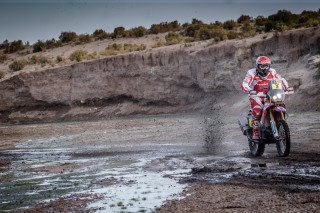 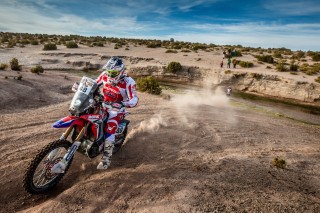 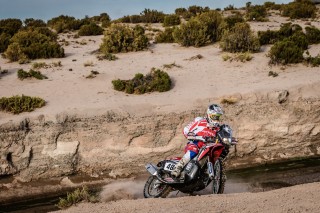 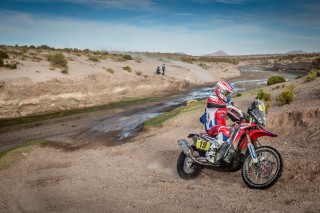 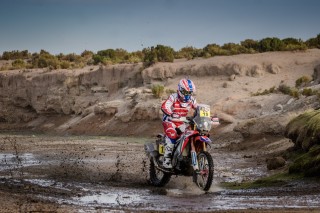 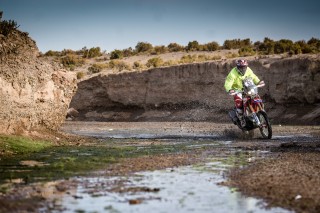 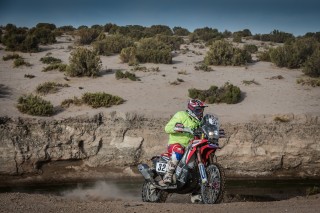 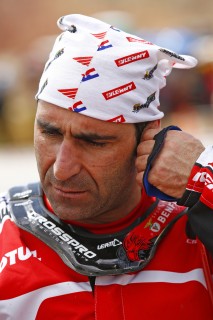 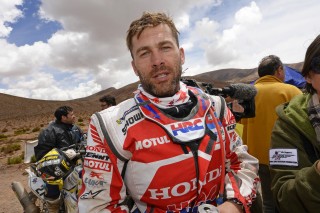 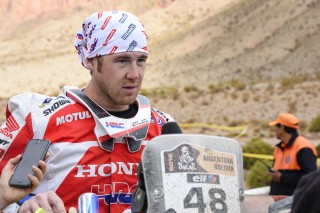 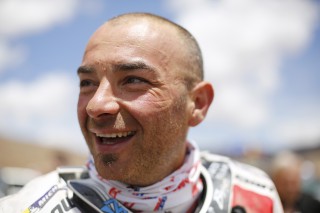 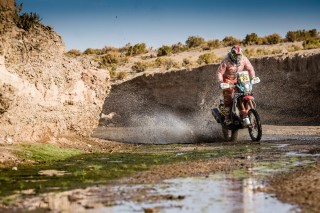 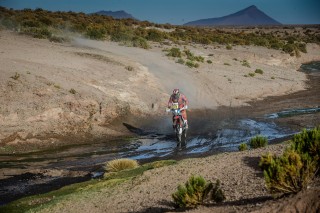 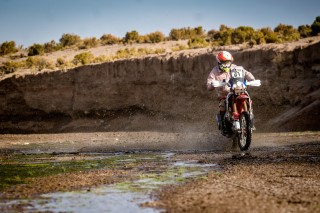 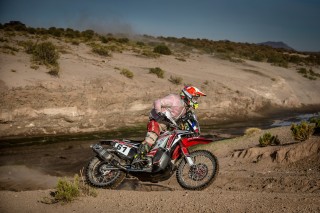 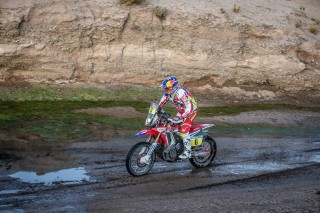 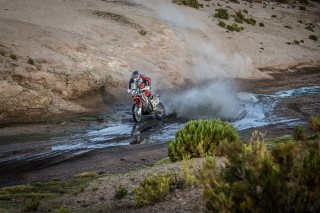 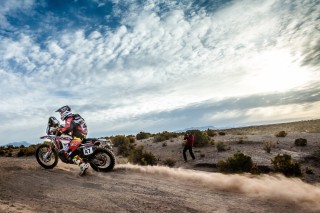 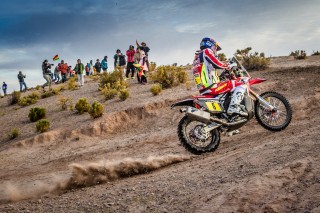 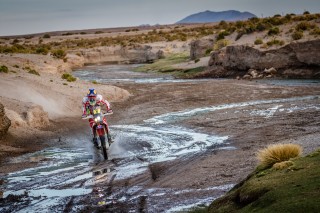 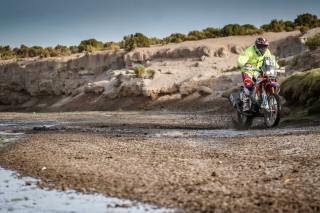 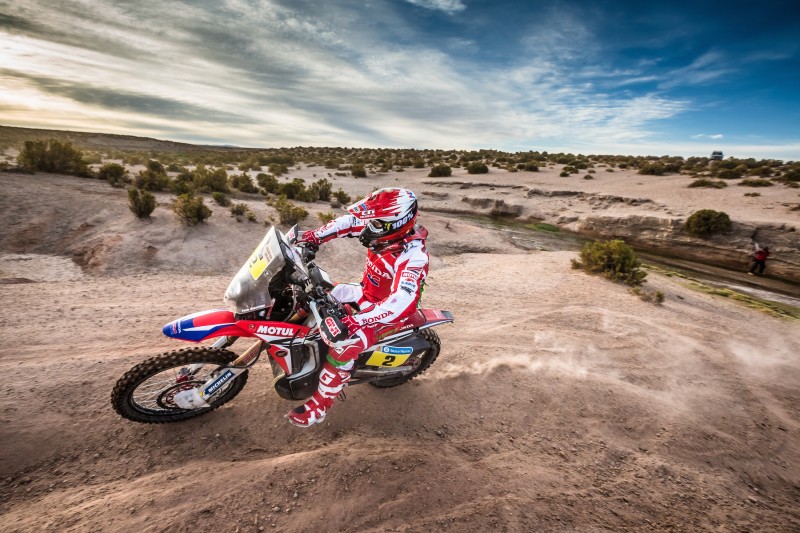