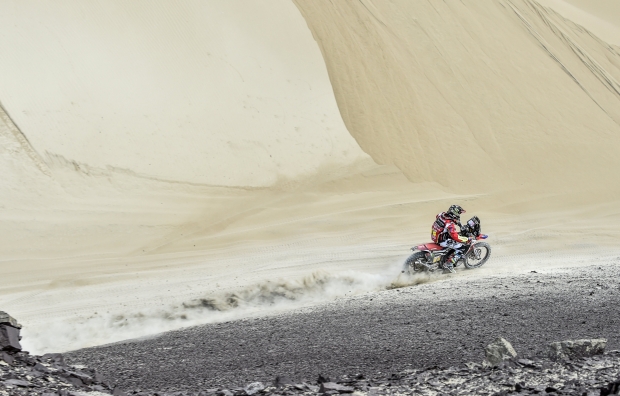 Blistering performances from Monster Energy Honda Team with the stage victory for Joan Barreda, plus fourth and fifth spots for Michael Metge and Kevin Benavides as the race moves on from Pisco.

A rough offroad ride and sand dunes were the order of the day for stage two of the 2018 Dakar Rally. The course featured a total of 279 kilometres with 95% of the distance against the clock. The stage was something of an anomaly given that the cars got to start out before the bikes, leaving riders to deal with heavily churned up sand after their four-wheeled counter parts had roared through.

The initial section of the 277-kilometre stage around the outskirts of Ica and Paracas, required some skilful navigation in soft yet physically demanding dunes, complicated further by the altitude.

Joan Barreda gave a master class in speed with a commanding performance in the special stage. The Spaniard completed the course in 2 h 56’ 44” nearly three minutes less than the stage runner-up. Barreda thus moves to the head of the overall leader board.

Likewise, Michael Metge bounced back from yesterday’s delayed time to post a noteworthy result. The Frenchman looked at ease on the bike and scored fourth spot on the day and now holds ninth in the overall standings.

Meanwhile, Kevin Benavides also turned out a fine, almost effortless performance that stands him in good stead for tomorrow. The Argentine rider now lies in seventh overall position and will be able to attack from a strong starting position in a stage with very similar characteristics to those of today’s.

Ricky Brabec finished the stage in twelfth spot and moves up one place in the general rankings to eleventh. The American rider got slowed up among some of the lost cars going in circles in the desperate search for some of the route’s more elusive waypoints.

Finally, the stage proved to be another positive one for the surprising young Nacho Cornejo who appears to be taking well to the hand-me-down Honda CRF450 of retiree Paulo Goncalves. The Chilean finished in fourteenth and occupies the corresponding place on the overall leader board.

Tomorrow, Monday, sees the third stage of the 2018 Dakar Rally setting out from Pisco with destination San Juan de Marcona, covering a total of 504 kilometres, including 296 km against the clock. The first of the bike category will set off at 05:45 and is scheduled to arrive at the San Juan de Marcona bivouac at approximately 14:00 hrs. 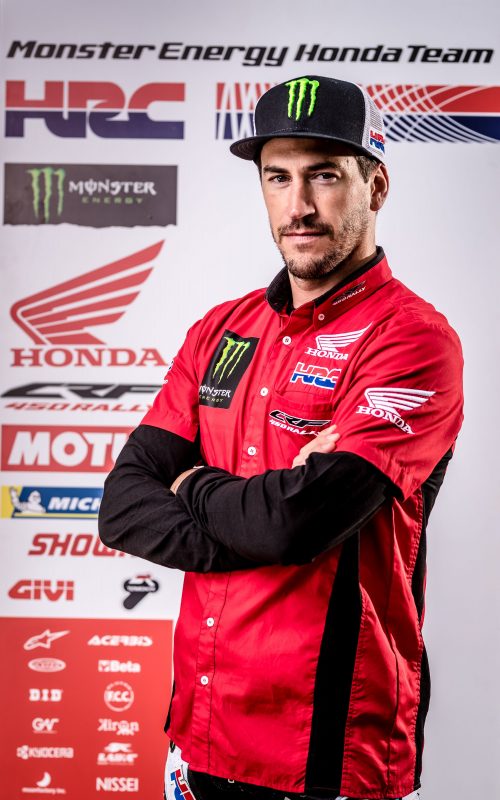 A hard, tough stage with quite a confusing part at the beginning where we had to keep our concentration. I jumped a dune hard and I really felt that in my hand over the next few kilometres. The final part was very fast and I was able to pick up quite a bit of space and in the end it turned out well. Tomorrow we have to open the track and everything changes again, but we always knew that it would be that way and we just have to keep on as best we can.

Pretty good today, right? In front of us the cars had marked out many ruts and it was difficult to climb the big dunes. I think I took it quite easy and I tried to make sure I was on the right track. This is a great result after yesterday’s one, but we must be aware that the Dakar is long and anything can still happen.

It was very good today. We had some great dunes, but the big difference is that we had the cars ahead of us. I kept finding people circling around, lost, looking for the right track, but for me it was a good day, and I think that it was a fine result for the team too. We arrived at the bivouac well and I saw that Joan had won and is now leader, so congratulations to him. We will try to continue like this until the end.

Today we rode behind the cars and we ran into the dust of the vehicles that complicated the riding quite a bit for us. You had to be very careful with some of the manoeuvres of the cars. I kept calm, I think I rode a good stage and we’ll see how it goes tomorrow, because today the idea was to get a good position to be able to push in the third stage.

Today was a very difficult special for navigating the dunes, there were many tracks left by the cars that had gone ahead. Tomorrow we will also get to see who has the best pace, as the race really shapes up. In general we are happy, especially with Joan’s victory and the fourth and fifth positions today of Metge and Benavides. We’re also pleased with the fourteenth spot of Cornejo which means all the Honda CRF450 RALLY riders of the Monster Energy Honda Team are in the 'top fifteen’ which is a great result. We hope it continues the way it did today. 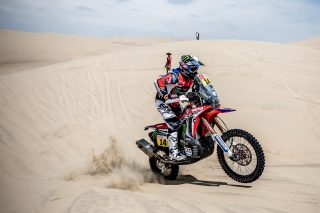 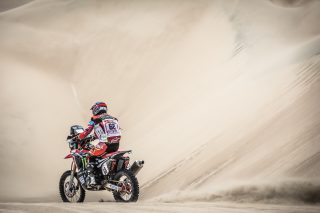 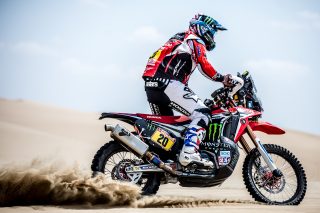 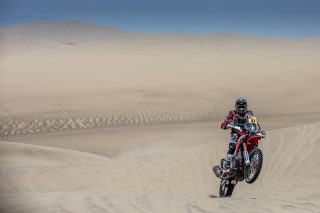 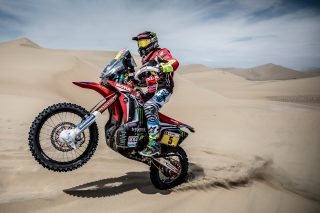 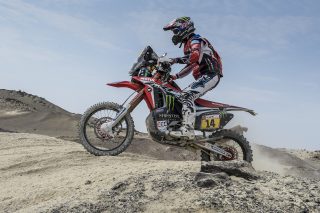 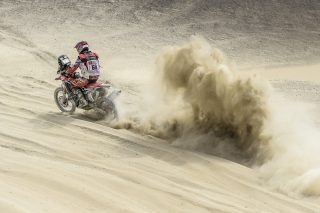 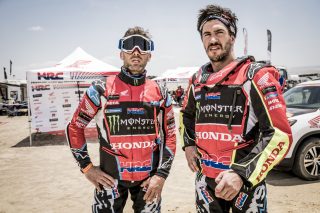 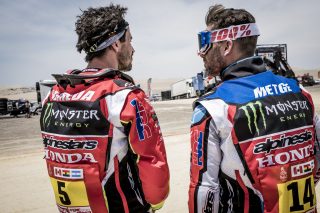 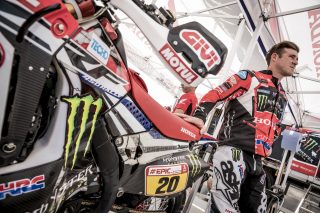