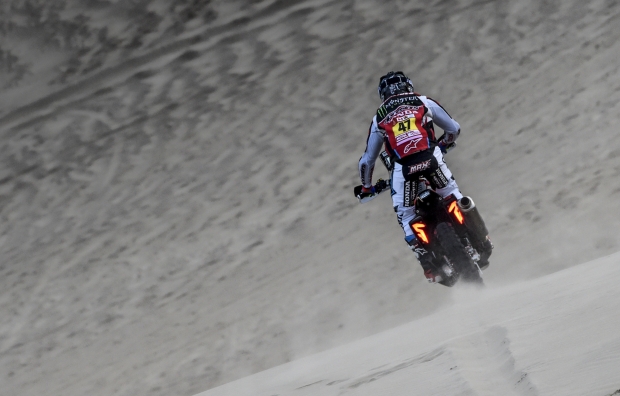 Mission accomplished for Kevin Benavides in the third stage of the 2018 Dakar Rally. The Argentinean rider, who posted second on the day, ascends the general rankings to second spot just three minutes adrift of the current leader. Likewise, Ricky Brabec performed well to finish fourth as Barreda concedes his leadership.

The third stage of the Dakar Rally proved to be another sand and dune-filled affair. The route consisted of a 296-kilometre special stage plus some 208 kilometres of liaison sections before reaching the bivouac located at San Juan de Marcona. Once again held in the Ica area, riders had to tackle fast offroad sections, some barely visible track and an abundance of navigation and dunes. The bivouac will remain camped at the same location for the two next days.

Monster Energy Honda Team had a day of varied fortunes. On the plus side, Kevin Benavides stormed into the battle for the overall podium, after a day filled with skilful, aggressive riding. Runner-up spot on the day moves the Argentinean talent up to second in the general rankings. Benavides picked off his adversaries and ended up opening the field over the final stretches of the special stage. Ricky Brabec likewise rode a splendid stage to take fourth place on a day of complicated, yet virtually error-free navigation.

José Ignacio Cornejo moved up into the stage’s top ten. The Chilean rider’s ninth place signals just how well the youngster has taken to the Honda CRF450 RALLY and is reflected in his current thirteenth overall position. ‘Nacho’ was pleased with the result after a prudent performance and hopes to continue the positive spell over the forthcoming stages.

Joan Barreda’s fortunes fared less well. After setting out first and opening the track, by the time the day was done the Spanish rider had finished the special in thirtieth place. Joan conceded twenty-seven minutes after taken a mistaken path that led him ever further from the scheduled route. Michael Metge was similarly short of luck. The Frenchman set off at a fine pace only to find his navigational equipment breakdown, leaving the rider without reference points. Metge was forced to run the rest of the race alongside other riders until the close of the special where he took eleventh position.

The fourth stage tomorrow, will be a loop with departure and arrival in San Juan de Marcona. The stage starts out on the beach and, on the occasion of the 40th anniversary, will be a reminder of the old days of the Dakar, with the first fifteen motorcycles taking the start-line together. Dunes will dominate the landscape on the 330-kilometre route that sets off from the sands of the Pacific Ocean before arriving at over 2000 metres above sea level.

I'm a little disappointed today because I was going at good pace, opening the track almost all the way through. When I reached kilometre 280 I took the one I thought was the good track, but when I saw that it was not the right one, it was very late and I had lost a lot of time. From now on we will have to work to try to make up this difference.

I was going well, satisfied and happy because of the pace I had kept up until, suddenly, the GPS went off and I stopped getting references. I managed to get to the end, but I had to slow down. A pity, because I am convinced that it could have ended better.

It was a good stage, with very complicated navigation; difficult too, because there were a lot of ruts marked out from yesterday. I think that I didn’t make too many mistakes, or at least I haven’t paid too dearly for them. I am quite happy to finish this difficult whole stage and am pretty satisfied with the position on the day and in the overall race.

I am very happy and satisfied with today's stage, where I ended up opening the track in the final kilometres. It was tough but I got a good result that leaves me in a good position. The special was very hard indeed, very difficult in the dunes, with some very soft parts, where the bike kept getting stuck in the sand. We will continue fighting this Dakar to improve on this second place in the race.

A typical Dakar day, a day of contrasts. Our riders have done well, especially Kevin who finished fourth in a tough stage; Cornejo was ninth and Mika posted eleventh. Joan did very well yesterday, but today suffered the handicap of opening the track and made a small navigation error that proved costly. It's the usual thing around here. But we are still happy because we are second overall with Kevin and the Hondas have shown that they have the power to be ahead; It is a good reason to be proud. There are still many days left and nothing is lost, but everything is still to be done. We are going to work hard so that our riders still have chances of winning the Dakar. 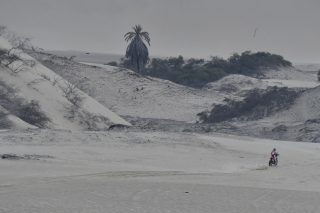 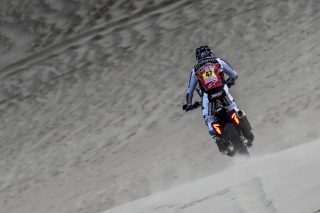 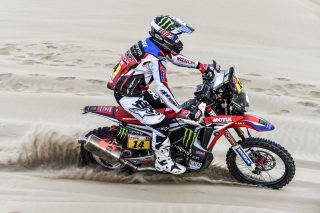 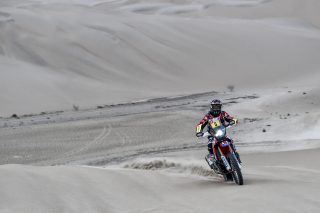 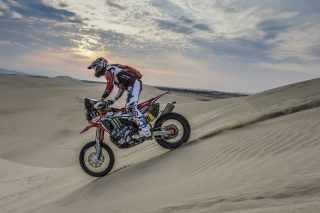 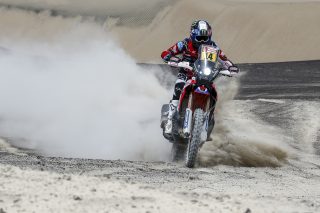 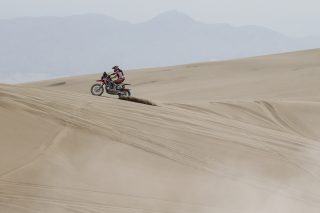 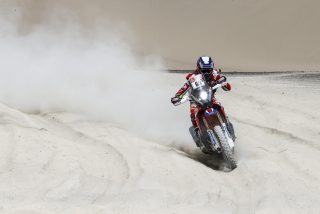 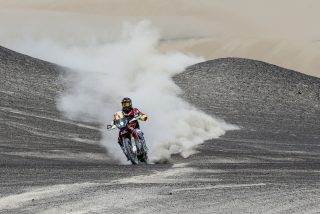 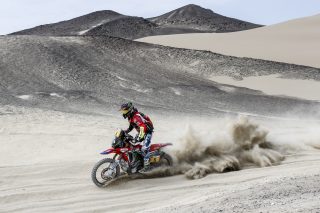 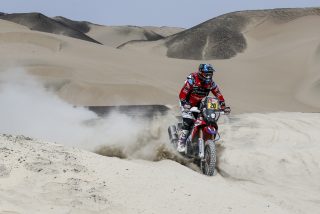 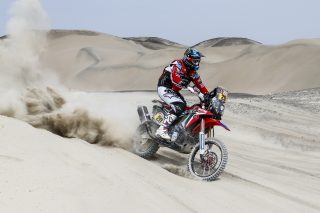 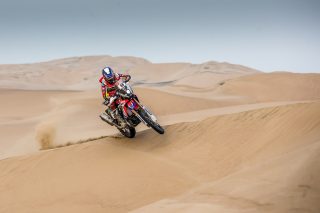 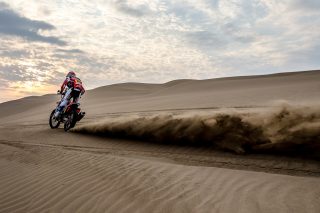 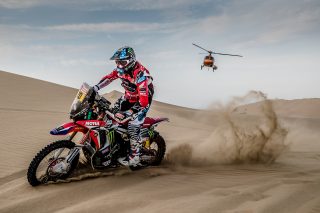 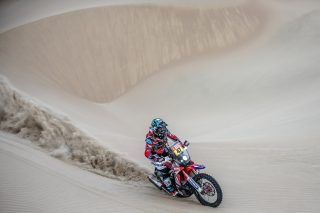 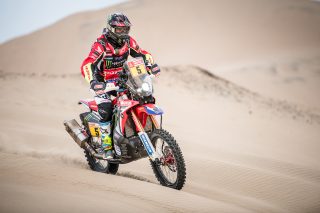 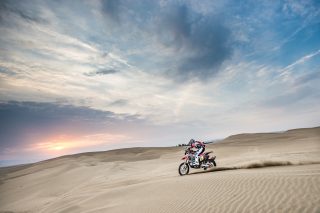 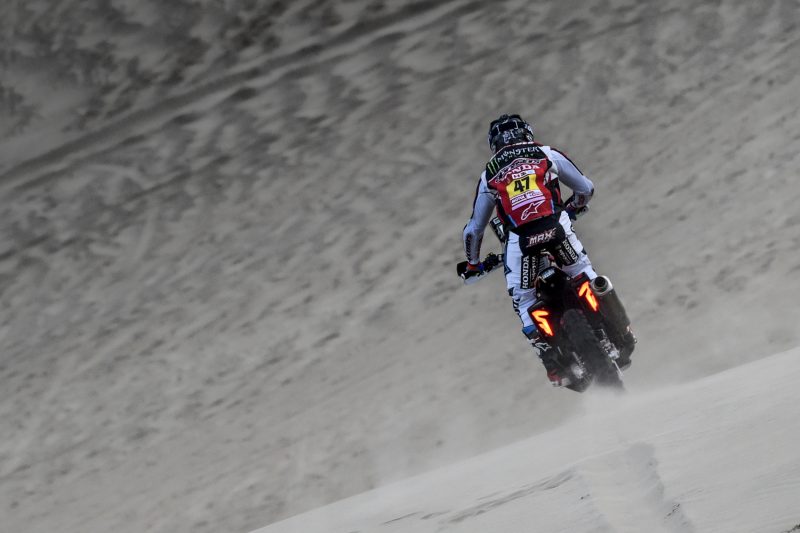