The Monster Energy Honda Team is going all out in the battle for the Rally Dakar 2017 as the squad posts their best podium finish to date. Today, Ricky Brabec picked up top honours for the first time in the rally, with team-mate Paulo Gonçalves taking second spot.

After an opening week where the Monster Energy Honda Team put on a fine display of quality, the team once again got straight down to business in the first stage of week two, climbing the overall leaderboard in the process.

Although yesterday’s re-routing of the timed sections did little to favour the Monster Energy Honda Team, today’s modified stage nevertheless saw the team in an especially gung-ho spirit, going flat out to achieve their goal. The result was all four of the team placing amid the top six finishers. The best of the day was Ricky Brabec, clinching his first Dakar stage win in just his second year of participation. A noteworthy achievement for the American who was able to really let rip on the Honda CRF45O RALLY, chalking up the day’s fastest time and making up positions in the general rankings. Portuguese team-mate Paulo Gonçalves was on fire today too and made short work of catching up with the rider ahead, before going on to clinch the runner-up spot.

Joan Barreda, like his team-mates, came out guns blazing in a bid to win the stage. However, a minor error saw him take a parallel route that required more caution and more time. The fourth place on the stage does, however, allow the Spaniard to move two positions up the overall rankings. Michael Metge was again showing form with sixth place on the day.

Recent heavy rain continues to wreak havoc with the Bolivian road system and subsequently the scheduled Dakar route. Not only did this force the complete cancellation of the sixth stage but it also saw the seventh stage suffer heavy modifications. The stage was, in the end, raced over half of the originally planned course with a total of 160 kilometres against the clock, rather than the 322 of the programme. Part of today’s stage, between La Paz and Uyuni, featured dune-filled routes that had been scheduled for stage six together with other slippery, mud-soaked stretches.

The rally leaves Bolivia tomorrow and re-enters Argentina. The stage concludes in Salta, home of injured Monster Energy Honda Team rider Kevin Benavides, who will be reunited with his team-mates at the end of the two-day marathon stage. Riders, of course, are not permitted to receive any kind of outside mechanical assistance, although they can work on the bikes themselves. Riders are camped in Uyuni and the assistance in Tupiza.

SMOOTH AND COLOURFUL DESCENT
The Dakar will leave the Altiplano for an off-road special stage in its first half, where the crossing of fords will follow the dune sectors. The race has often set up camp in Salta, but never has a special stage been contested in the region where the battle for the general classification will be played out in new canyons to be admired with a marriage of spectacular colours.

You can see the Stage 8 maps, here.

It was a very physical stage. Together with Walkner we had a slight deviation on the CAP and we ended up in a very slow off-piste area and lost a bit of time on a route there. Apart from this minor error, the navigation went fairly well. It was a good stage. Now let’s see how the bike holds up, which appears to be going really well. Maybe we will change the tyre as tomorrow is the second part of the marathon stage.

Today the stage worked out quite well. I started out behind Sunderland and pushed hard in the beginning without making any navigation mistakes. I did it well and I caught him up at kilometre 60. We rode together at a good pace. Today is the first day of the marathon and I have the bike ready for tomorrow without having to touch anything. This proves that the HRC engineers are doing an excellent job. We will keep battling on to try and make up the one hour sanction that we received. There is still a long way to go.

Today was good. It was the first day of the marathon after the rest day. The track was good and the navigating went well. There was more off-road than on-road, which is more my style. I’m happy to be here at the finish-line in spite of my slide out in the grass where I went swimming. These bikes are pretty slippery in the mud. I’m happy to come away in one piece, healthy and ready to go tomorrow.

The special was cut short but it didn’t go badly at all considering how physical it was. There were some areas of camel grass that was very tough. The sand in that section was very soft and although I didn’t fall, I came very close to it. I made a couple of navigation errors and I dropped a bit of time, but on the whole, it wasn’t a bad day for me.

Today the guys had a great stage in this first part of the marathon stage. I like his fighting spirit that is getting them good results. I am particularly pleased with Ricky Brabec, very fast and very careful; he’s a great rider. Obviously Paulo Gonçalves has been provisionally holding first place and finally came second, but that doesn’t mean that he rode any less well: starting out second and finishing second, is highly commendable. Joan has had a little slip up today, but still has the same will to win as he did on the first day. Mika didn’t have a bad stage either. We have to try and keep it up like this until the end. 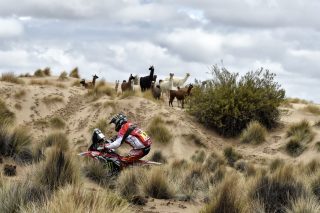 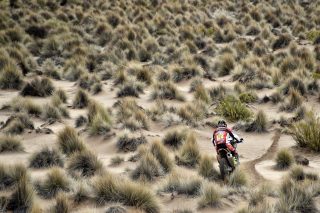 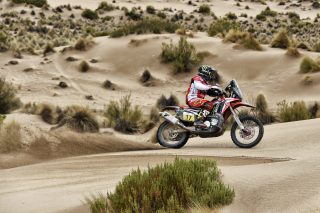 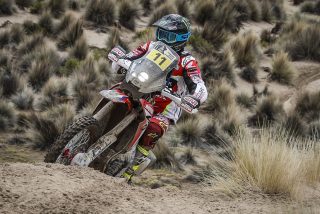 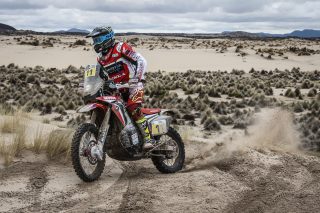 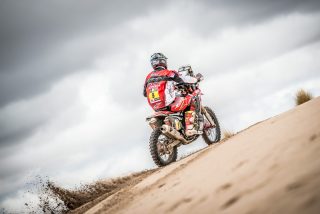 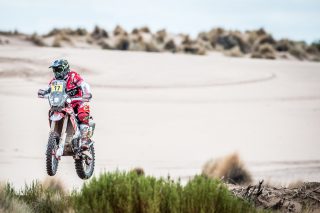 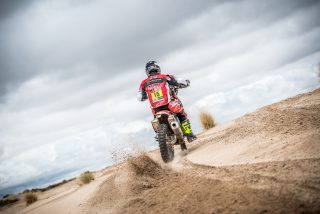 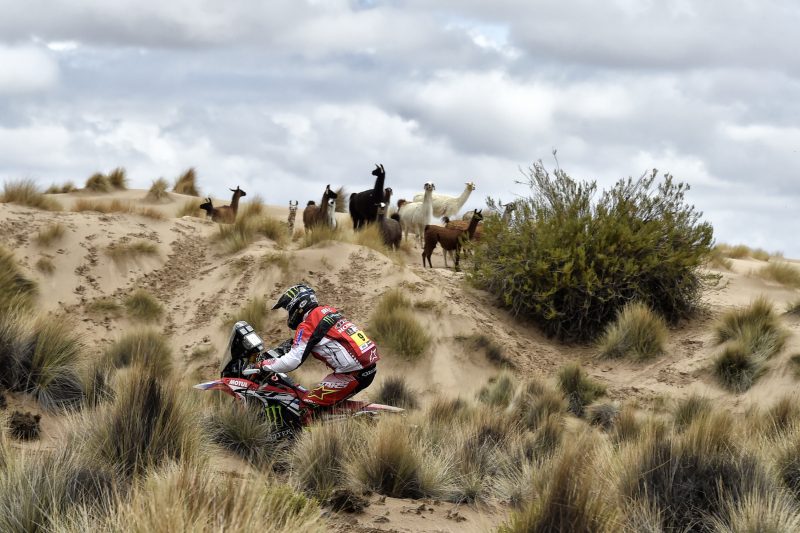