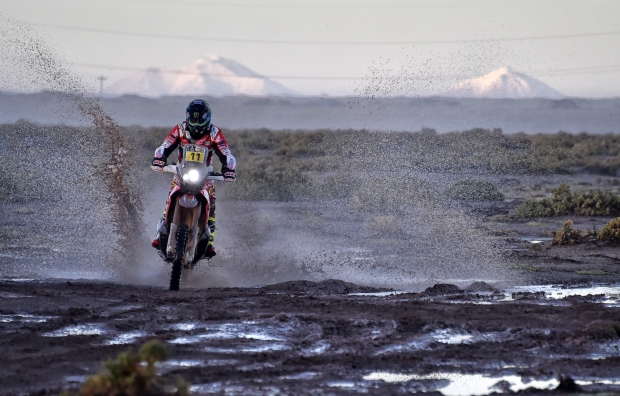 A second stage triumph for Joan Barreda who commanded from start to finish in both specials of the Rally Dakar 2017 eighth stage. The Monster Energy Honda Team once again gave a master class in a race hampered by the weather.

Stage eight of the Rally Dakar 2017, the second leg of the two-day marathon stage which set off yesterday from La Paz bound for Uyuni, was shortened by 72 kilometres due to a flooded river crossing in Bolivia. The day was split into two timed-sections, one covering 174 km on Bolivian soil, before crossing the border into Argentina for another, 246 km long.

Joan Barreda went full-throttle right off the bat, determined to take the stage victory. The Spaniard clocked the fastest time of the 110 bike category entrees who left the bivouac from Uyuni this morning. The bikers were faced with innumerable hazards in the Bolivian mud. Once onto Argentine terrain the Monster Energy Honda Team rider really let loose, not letting up until the final flag where he sealed victory. The win marks the second triumph for Barreda and the third for the team after the Ricky Brabec’s win yesterday.

On-form team-mate Michael Metge had another enjoyable romp behind the bars, posting fourth spot amid the chaos. In fact, as yet, none of the riders or assistance crew have been able to arrive at the bivouac in Salta. The entourage is held up some 200 km away from the destination after a landslide blocked the access route to the city.

Monster Energy Honda Team’s Portuguese rider Paulo Gonçalves performed well in a bid to claw back lost time. Ricky Brabec had it tough today, having to open the track after yesterday’s win. The American was overtaken by Paulo Gonçalves and followed his team-mates trail to conclude the special without any serious loss of time.

Tomorrow, the ninth stage, has finally been cancelled due to the poor meteorological conditions that affected all the Dakar logistics.

THE SUPER-BELÉN
Nearly 1,000 kilometres to cover during the day, including a small half in the special stage with 98% off-road for this timed section. This will be the toughest test for the navigators, who will play a decisive role. The verdict of this day could mark a turning point in the conquest for the titles.

You can see the Stage 9 maps, here.

There were a lot dangers out there at the start of the special. A lot of water, a lot of mud and mist to make the visibility more complicated. But I got to enjoy the final 300 kilometres and I was able to open the throttle a bit more. By the end, the tyres had taken a fair beating from the marathon stage and were skidding a lot. But it was great fun to finish at the front and with the best time too.

I think that it went quite well and the most important thing is that I didn’t make any navigation mistakes, which was very important. In the second part of the special I tried to make up a bit of time and I don’t think that it went too badly. The bike has worked really well in this long marathon stage and has performed perfectly. I will continue to push hard like in the previous stages.

Today was long and this morning was rough. The fog was so bad that you couldn’t see more than two metres ahead of you. That played a big part in trying to open the stage. The rain over the last few days had completely washed away the tracks. It was difficult for sure. I went down in the sand trying to clean my goggles. You’ve got to clean your goggles every thirty seconds to get vision. Paulo was next to me and we rode together and had fun. It was a long day.

The stage was really difficult today at the start with a lot of water. The road was completely full of water after only ten metres. After ten or fifteen kilometres I had to take off my goggles. Without the goggles it was difficult. The second special was good on a gravel road and we went at a fast pace. 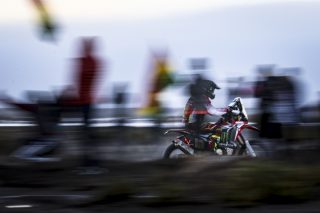 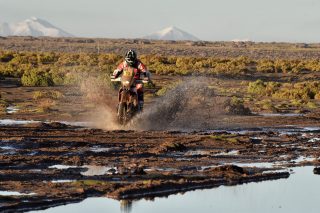 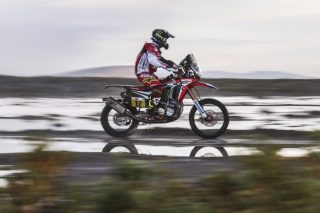 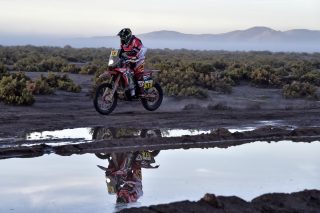 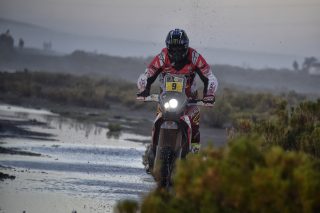 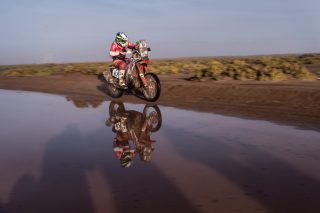 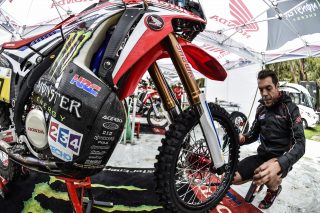 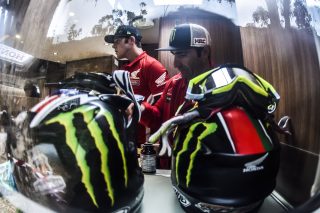 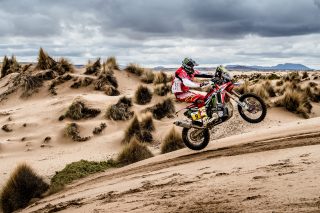 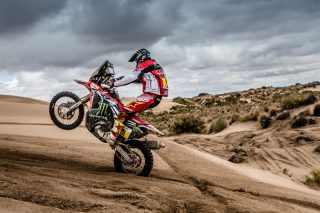 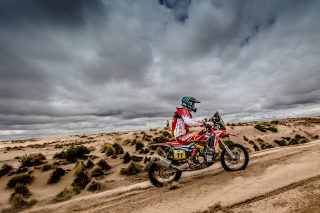