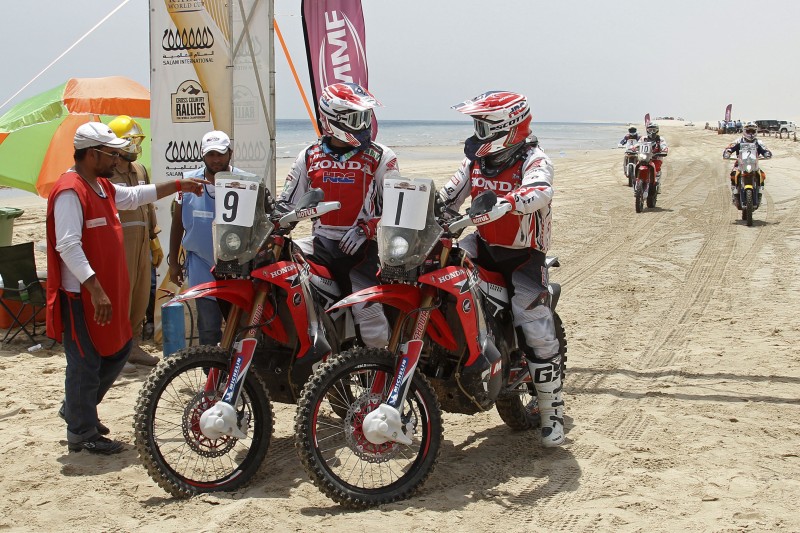 Joan ‘Bang Bang’ Barreda takes the title at the Sealine Cross-Country Rally in Qatar. This is his first triumph in a world championship race with the Honda CRF450 RALLY, and in doing so becomes the championship’s new leader.

The fifth and final stage of Qatar’s Sealine Cross-Country Rally, once again saw Team HRC in winning mood. This is now the team’s third consecutive win in the World Rally Raids, since the debut of the new Honda CRF450 RALLY in the Morocco Rally. In addition, it is the season’s second win after the race in Abu Dhabi a fortnight ago.

Joan ‘Bang Bang’ Barreda was clearly man of the day, as he picked up his second World Rally Raids win, the first on a Honda. The rider who hails from Castellón, set out with a win in the first stage of the Sealine Cross-Country Rallies, at a cracking pace, and imposed himself once more in the third race. In the final special, he rode an intelligent ride, catching his main rival and then keeping him in check until the finish-line.

It was Hélder Rodrigues who took the final stage victory, earning himself a place on the final podium too, after a string of steady daily performances.

Fellow-countryman Paulo Gonçalves was left regreting an error on the competition’s first day which left him without better options for the final classification. Today’s sixth place finish leaves him with a fifth overall final place in this edition of the Sealine. Team HRC riders thus have won 4 of the 5 stages, with all the team’s machines finishing without a single mechanical fault.

The final result of the second championship race leaves Joan Barreda in command of the championship replacing team-mate and reigning world champion Paulo Gonçalves at the head of the leader-board, with a one point advantage over Marc Coma in second place in the World Rally Raids table.

Team HRC’s next port of call will be in Europe with the Sardinia Rally Race, the fourth in the World Championship calendar, to be held on the picturesque Italian island from 7 to 12 June.

"I'm really pleased. Finally, after a whole week of really hard work, I've made it. I'm really happy for the victory, for the team, and for Honda. We have won here in Qatar, and we are leading the world championship too. This is a just reward for all the hard work that the team has done."

"Last race day in Qatar. It has been a very positive one for us all. Joan has won the race. I finished third and I'm happy, and above all, for the team result. Paulo had been ahead as well, and I think that we've done a great job together. Honda has done really well to win the second race of the championship. Thanks to everybody."

"After three consecutive wins in the world championship, I wasn't able to finish on the podium here. But I'm very happy with the job. The final result may not be so good but I've got speed, a great bike, a terrific team, and I'm fighting for victory in every rally... We've had a very tough race here with some complicated tracks and some difficult navigation. If I forget about the error in the first stage, I would have been in the running for another victory. We've got to stay on this course, and keep working towards the goal in the next race."

"Second race in the 2014 World Championship and a second win for Team HRC. And another podium double too. It's been a great start to the season, a big motivation, and a reward for all the team's hard work. It's our team's fourth consecutive win in the world championship. We've got to keep looking ahead towards the job at hand. Thanks to HRC and the whole team for a great effort. Congratulations."

"This is a really important victory for Team HRC and especially for Joan Barreda. It's his second in the world championship after the win he picked up in the Pharaons Rally in 2012, and the first on the Honda CRF450 RALLY for Team HRC.
It's a really important result for us with two consecutive victories (Qatar and Abu Dhabi) and all of our riders have managed to finish in great positions. Hélder was third at the end of the rally and Paulo, fifth. We have won four of the five stages, and that's why I'd like to offer my thanks to the team, the riders, the mechanics and to Wolfgang Fischer for his work as Team Manager. It's been a successful start for Team HRC." 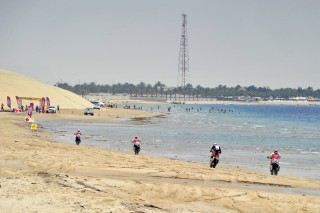 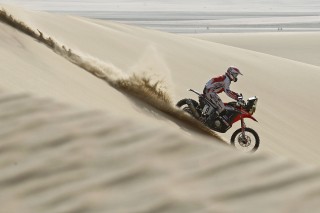 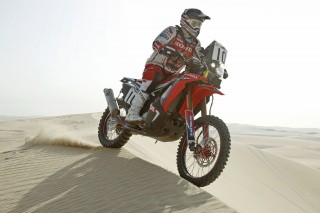 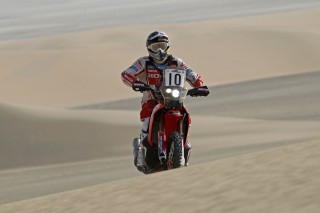 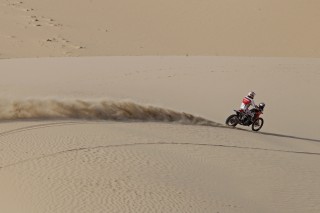 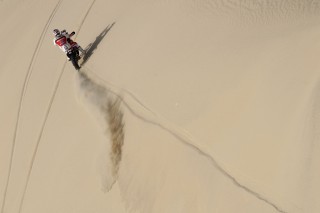