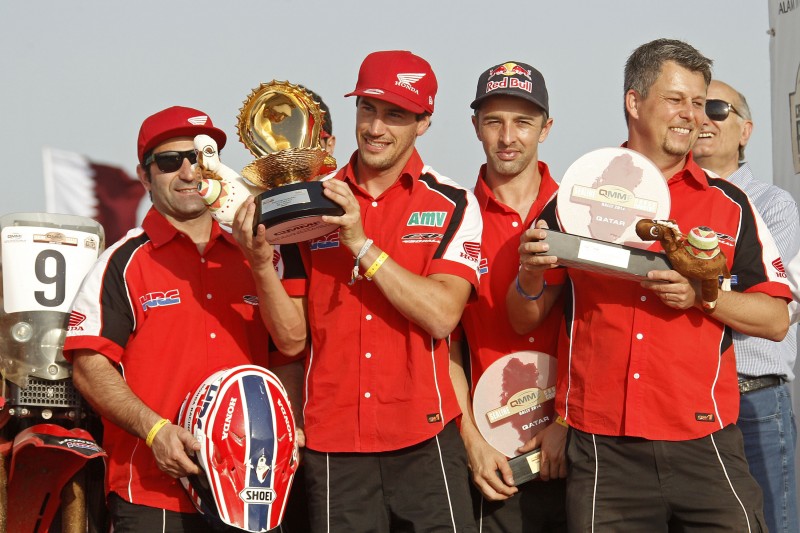 Joan Barreda took the title at the Sealine Cross-Country Rally in Qatar, and in doing so becomes the overall leader in the FIM Cross-Country Rallies Championship, switching places with Team HRC team-mate, Paulo Gonçalves.

Joan Barreda has continued to grow since he first joined Team HRC, with the rider now having won a total of eight specials in different world championship rallies: Morocco, Abu Dhabi and Qatar, not to mention five stages from the most recent Dakar. Finally, the fastest rider on a CRF450 RALLY has achieved what previously eluded him: winning his first full rally for Honda.

-Congratulations Joan. How does it feel to have won the Sealine, your second win in a world rally, and your first for Honda?

-I’m really pleased. The victory in the Rallye de Pharaons in 2012 was very important to me. The first win! Besides, that win featured the same team-members ,where we began together from zero. We are now on a very positive trajectory. Winning leaves a nice flavour in your mouth, especially in a team context, just like if I’m helping Paulo; it’s the team goal that counts.

– It’s the first victory with Honda and the second in the World Rally Raids. You have won a lot of stages of different rallies, but the race victory has evaded you a bit. You were close in Morocco, and at the beginning of the 2014 Championship in Abu Dhabi, you missed the chance on the opening day of the race.

-Yes. Last year I wasn’t able to compete in many races. In Morocco the team objective was the priority. The aim from day one was to help Paulo to win the title. But I’m really happy to be here, and in spite of beginning the championship with a few minor problems on the first day, I’m now the leader, and this means that we are both fast and consistent. We have been really good on all fronts; navigation, speed, pace, and teamwork. This means that we are not only fast but ambitious too.

-Yes. It didn’t do me any favours starting out as I did. It was more to Marc or Paulo’s advantage to start out from behind. But I knew that the biggest chance of winning this rally lay in the opening stage. A short stage of just 160 kilometres, where I was able to navigate well, in fact, perfectly, and I was able to get away. In the final days with 400 km stages, breaking away was practically impossible because the group would always catch you up. In the first, shorter stage, I knew that I’d have to try and break away to make the difference, and then change the strategy that had been set in Abu Dhabi.

-This type of rally with a lot of sand and dunes, and complicated navigation… does it make it easy to throw away everything that you’ve achieved the day before?

-That’s the way it is. In a rally like the Dakar, it happens a lot, but here with such an intense rally with such difficult navigation, you can’t make a break because you’ve got to always be reading the roadbook. You’ve got to be constantly looking at it, and whoever is behind sees your tracks, follows you, and finally catches you up. I think that what I did here in Qatar on the first day is the first time that it has happened; that a rider crosses the finish-line alone. It’s something really unusual. I think it made a a real difference what I did on the first day.

-You’re first in the World Championship. Your rival Marc Coma is second.

-Marc has been the reference point these last few years. He’s a rider with a lot of experience and a lot of speed. He gives his all. That’s why the win feels that much better.

-The Honda CRF450 RALLY has once again shown its reliability.

-I think that they followed the same line as in Dakar. These races serve as a way of putting in more mileage. We have reached a very high level with a very reliable bike. If we can continue to work in this way, we should be able to keep going forward, especially in view of the next Dakar.

-This race wasn’t planned. Seeing how it went so well, will you now change the plan or carry on with the one established in the Dakar?

-We will continue as planned. It is a plan thought up for the Dakar 2015, to prepare us properly, and includes some extra rallies. But we’re not just thinking about the World Championship, but about the next Dakar, so that we arrive there at the highest possible level. 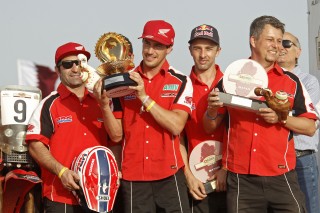 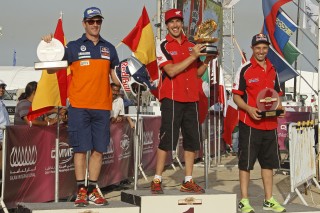 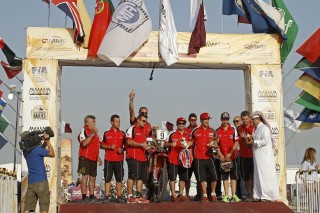 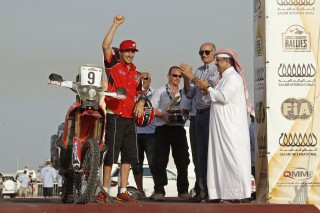 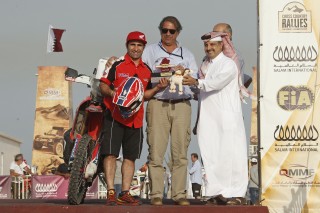 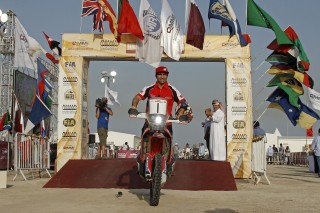