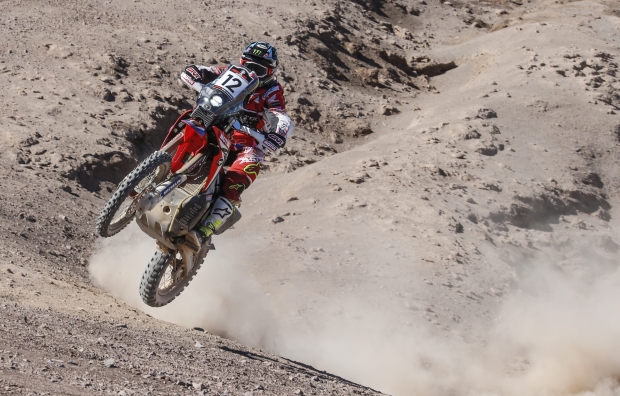 Monster Energy Honda Team set out to keep all options open and succeeded in the longest stage of the Atacama Rally. Kevin Benavides took the stage victory and overall leadership while Paulo Gonçalves will go into the final stage well-positioned to fight for a spot on the rostrum.

Monster Energy Honda Team’s Argentinean rider Kevin Benavides took top honours for the second time in the 2017 Atacama Rally. The fastest stage was, once again, a white knuckle, hazard-filled ride at full gas. Kevin was head and shoulders above the rest of the field, storming to the top of the leader board in the overall rankings with just a day’s racing left.

Team-mate Paulo Gonçalves set out from the camp in Mejillones this morning in second starting position. The Portuguese rider held a storming pace over the 375 kilometre trek to Iquique although he dropped precious time validating a waypoint in the latter stretches of the race. Paulo lies in fourth place overall.

Kevin and Paulo will both be looking for podium finishes when the race wraps up tomorrow. The end results will be battled out in the final stage held entirely in the dunes of Iquique.

Today we had a long 375 kilometre special. The first 330 km were very fast and very dangerous tracks full of lots of potholes, loads of stones, but I think I did quite well. Pity that the last 50 kilometres were sand and dunes, because I made a navigation error that cost me some time. In the end, I was able to sort it out and I ended up in a good position in spite of what had happened. Tomorrow will be the last day and I will try to finish as best I can.

I won this fourth stage and it is my second victory so far in this Atacama Rally. Of the 375 kilometres of special, 300 were very, very dangerous but in the final 70 km we went into the dunes in Iquique, before ending up in this beautiful city. I felt great on the bike; I think I did things very well despite a slight navigation error on the final waypoint in the dunes, where I lost a bit of time. I am happy, because I am leader of the general standings with just a day to go. We will have to fight to the very end. 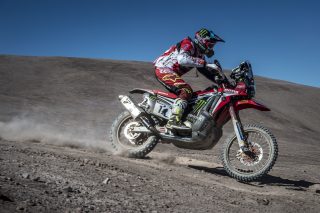 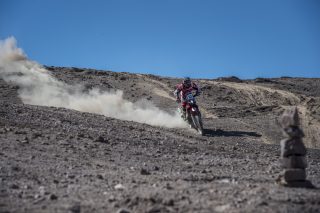 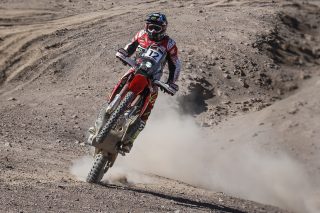 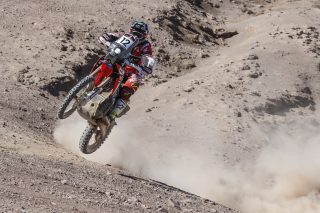 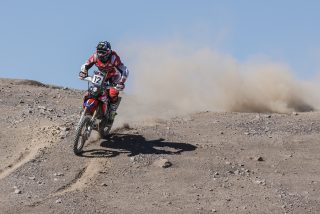 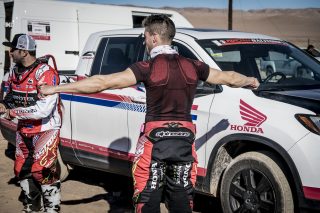 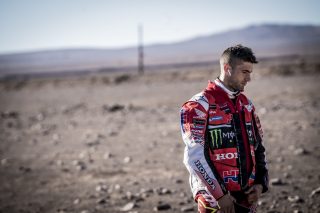 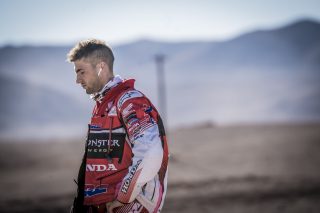 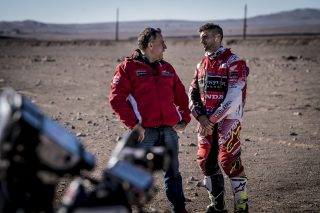 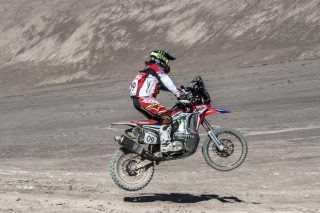 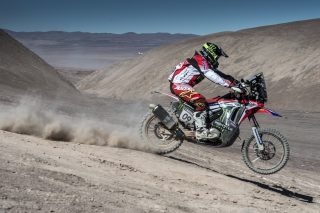 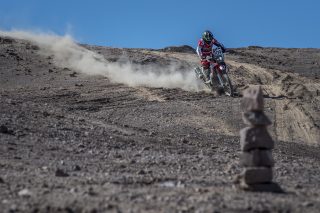 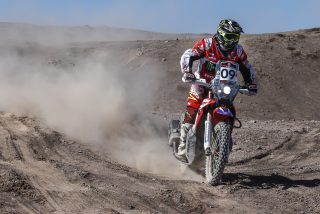 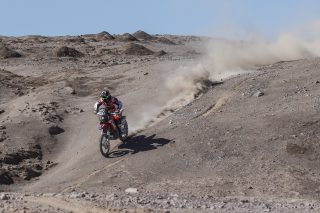 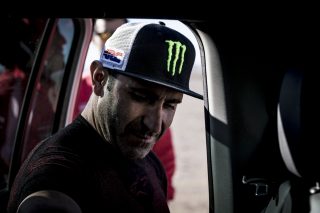 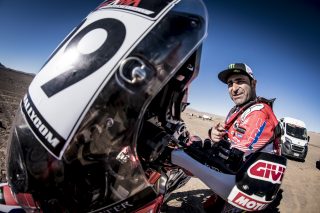 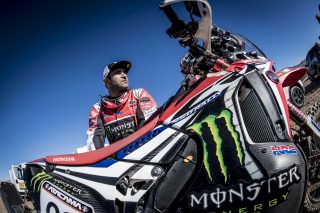 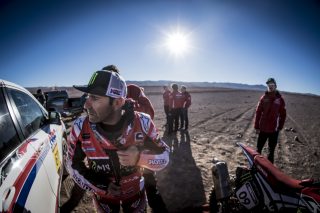 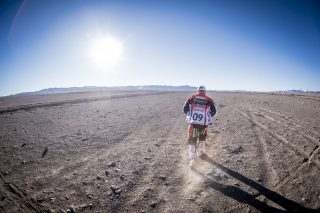 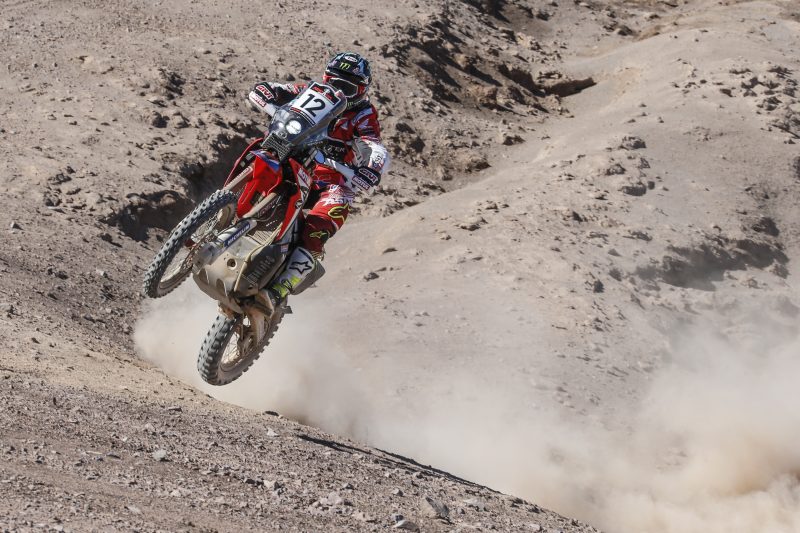