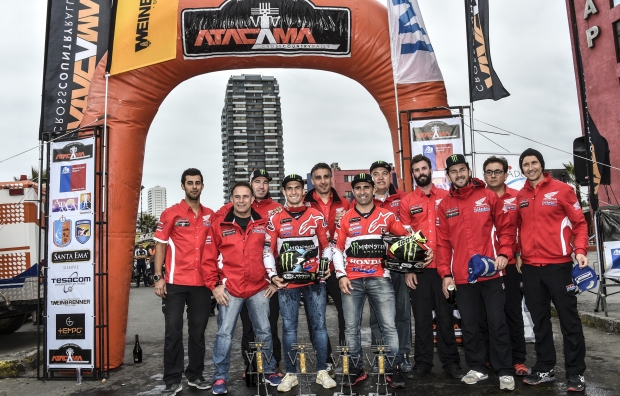 Monster Energy Honda Team succeeded in placing both of their duo of riders onto the podium at the end of the Atacama Rally – the third round of the FIM Cross-Country Rallies World Championship. Kevin Benavides took runner-up spot overall and Paulo Gonçalves third.

In spite of a tricky starting position for the final day’s racing, Monster Energy Honda Team nevertheless finished the event with a notable all-round team effort and result. The riders had to head off in front as the race got underway this morning, with the adversaries starting immediately behind, who were able to take advantage and follow the tracks already marked out ahead. In spite of this, Kevin Benavides set a scorching rhythm with Chilean Pablo Quintanilla – the eventual overall winner – in hot pursuit. Kevin, who at one point made a minor navigation error, finished behind the current world champion.

Meanwhile, Paulo Gonçalves performed valiantly in the dunes given that his disadvantageous starting position was a mere three seconds ahead of Sam Sunderland. The Portuguese Monster Energy Honda Team rider was able to fend off and beat the winner of the last Dakar, a feat rewarded with a place on the final rostrum.

With the participation in the Atacama Rally out of the way, Paulo Gonçalves and Kevin Benavides will next take part – along with the rest of the team – in the following round of the FIM Cross-Country Rallies World Championship: the Desafío Ruta 40 (North) in Argentina.

Today, the stage was shorter, with lots of sand and dunes. I had a chance to make it onto the podium and I think I took advantage of it well, finishing third in the Atacama Rally, despite the six-minute penalty on the first day. I am quite happy because I had a very competitive level in this race. The Monster Energy Honda Team has worked really well every day and the bike too has performed very well. I am also happy with the hand injury, which didn’t cause me much pain. In a few days we will compete again, but now we just have to enjoy this podium. Thanks for your support.

I’m happy with my performance in this Atacama Rally. Even if today didn’t go according to plan with the navigation error 30 kilometres into the special where Quintanilla overtook me. I pushed hard and passed him but he was unable to catch me to make up all the time that had been lost. We knew that starting from the front would be complicated in this final stage, and being obliged to win it, but in spite of this, I’m happy for the pace that I’ve shown and the teamwork. The bike has run like a dream all week. I’ve re-found my confidence and the hand is not giving me any more pain. The next race is on home soil - the Ruta 40 - and we will fight hard to win it.

I am very happy and proud of how this Atacama Rally has gone, especially after some slight changes in the team. Everything went very well, with good team coordination. I think you can’t ask for more, getting both Hondas onto the podium, battling with a local rider, two seconds ahead in the final stage. We knew that Quintanilla would be very strong at home and it would be very difficult to beat him. I hope all races go like this one. We are making small steps towards achieving great successes, and this is positive. We still have a lot of work to do and many races ahead of the biggest challenge for the team: the Dakar. Congratulations to the riders who have given everything and also all the members of the team who have worked so hard to achieve these successes. Also, congratulations to Honda and HRC, who supports us from Japan and have done a fantastic job with the bike. We must thank them for their work and it makes us very proud to defend their brand in every race. 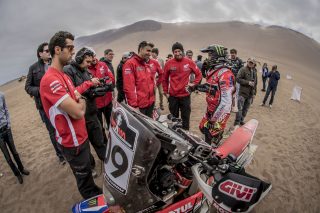 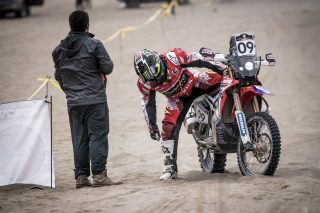 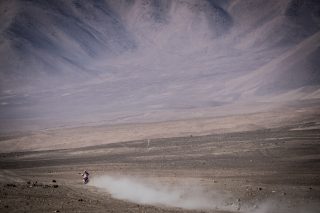 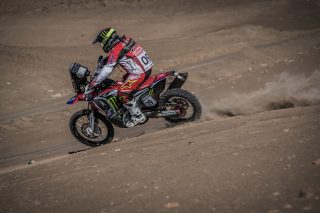 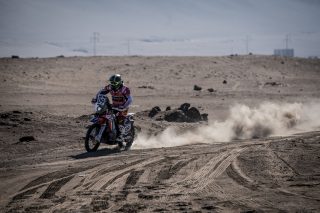 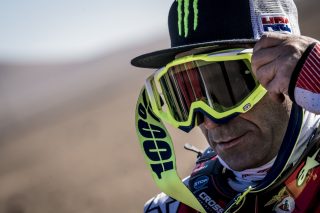 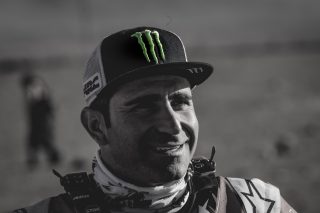 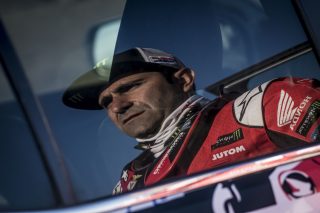 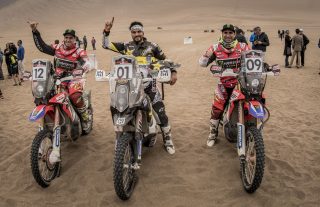 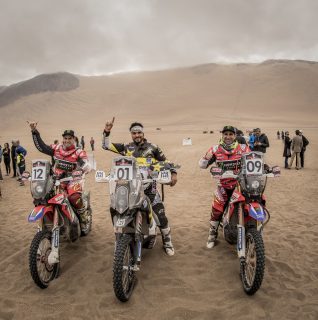 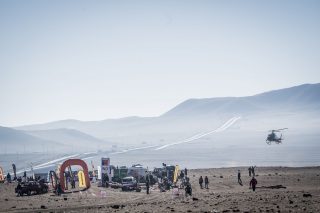 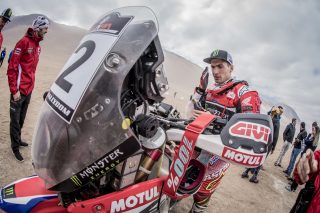 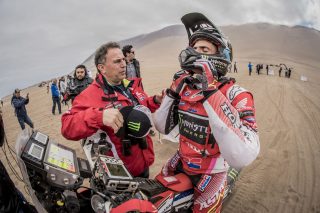 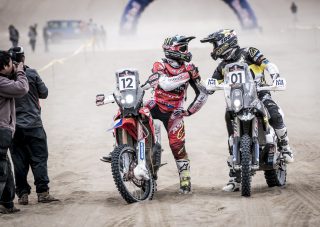 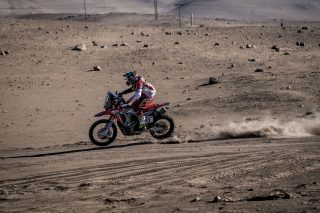 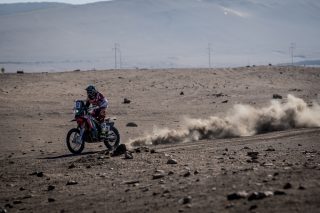 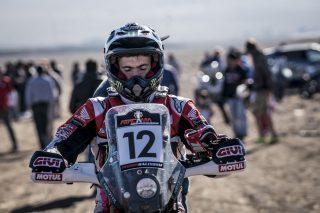 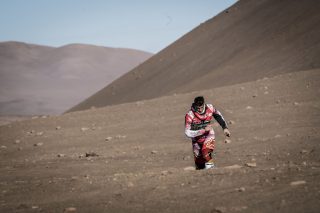 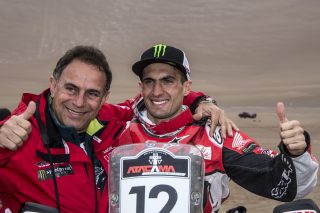 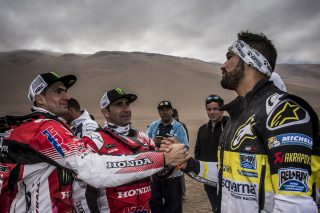 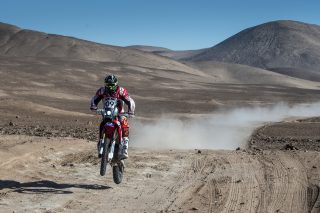 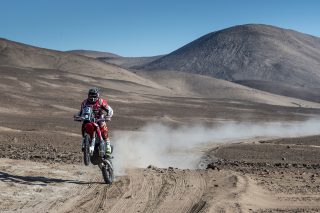 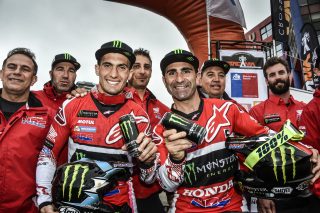 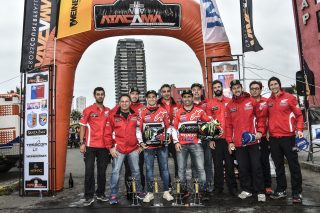 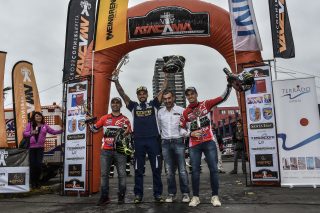 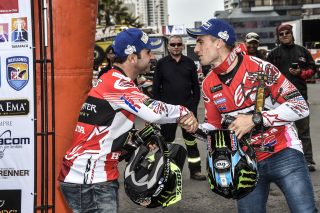 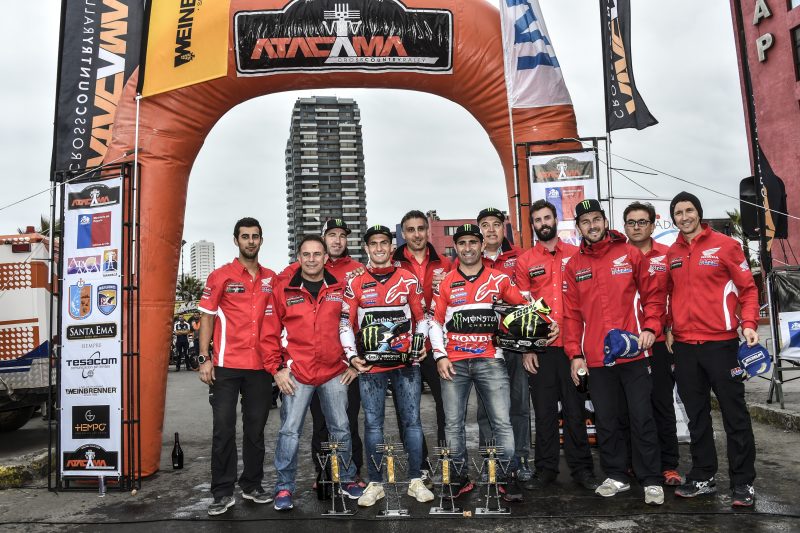