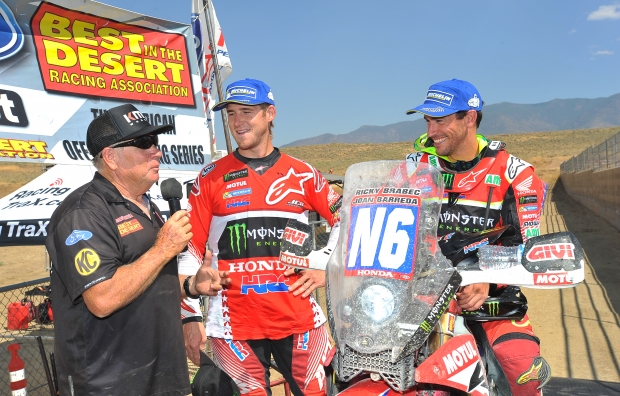 Joan Barreda and Ricky Brabec grabbed top honours in a Monster Energy Honda Team one-two victory in the twenty-first edition of one of the United States’ most prestigious races: the Vegas to Reno.

After triumphing in the 2017 Baja Aragon in July, Joan Barreda once again turned on the winning style, this time at the V2R held this weekend in the Nevada desert. Alongside fellow Monster Energy Honda Team member Ricky Brabec (USA), the Honda CRF450 RALLYs dominated throughout the longest off-road race in the United States.

Barreda and Brabec were outstanding in the 539-miles race (864 kilometres). Setting a blistering pace from the very start in Las Vegas, the duo were soon in the lead and it was pedal-to-the-metal all the way to the finish-line in Reno, where the pair arrived with a lengthy advantage over rivals. All this despite a spill for Ricky Brabec just after the race’s halfway point. The team had been supported throughout by Johnny Campbell with assistance from JCR-Honda.

Both riders came through the tough test with flying colours, as they once again add their names to the honours list. Joan Barreda was victorious last year while Brabec won the 2014 edition. The Spanish rider finished with a total time of 8:56′.

quote raulIt’s been a weekend of intense activity for the Monster Energy Honda Team, with participation in the Atacama Rally and in the Vegas-Reno which has concluded with more great news; this time with the victory in the most important race held in the United States with Joan Barreda and Ricky Brabec. For the team it is fundamental to participate, at this time of year, in all the races put us to the test, not only the riders and bikes, but also the teamwork, which in this case they have done splendidly alongside Johnny Campbell. Congrats to all Team! 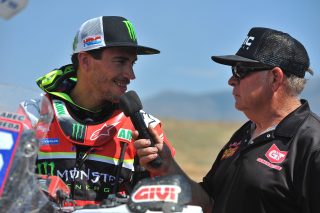 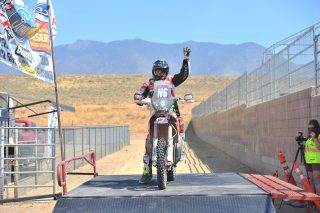 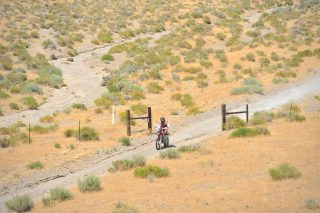 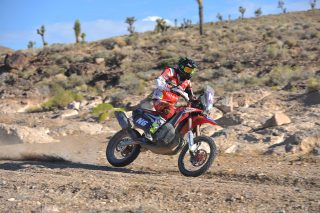 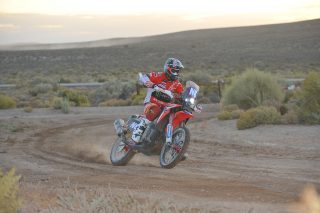 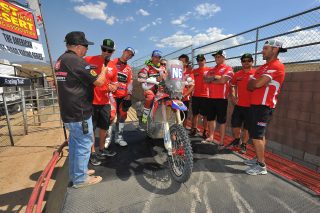 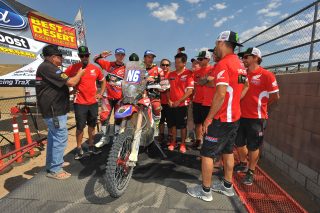 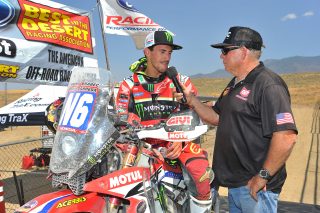 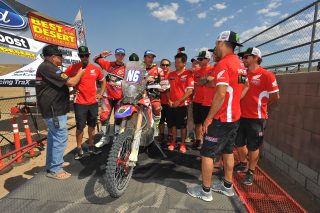 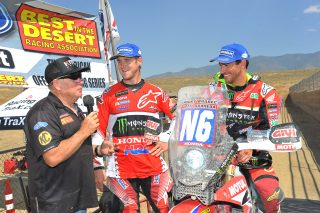 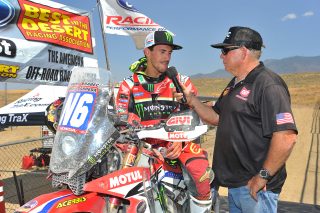 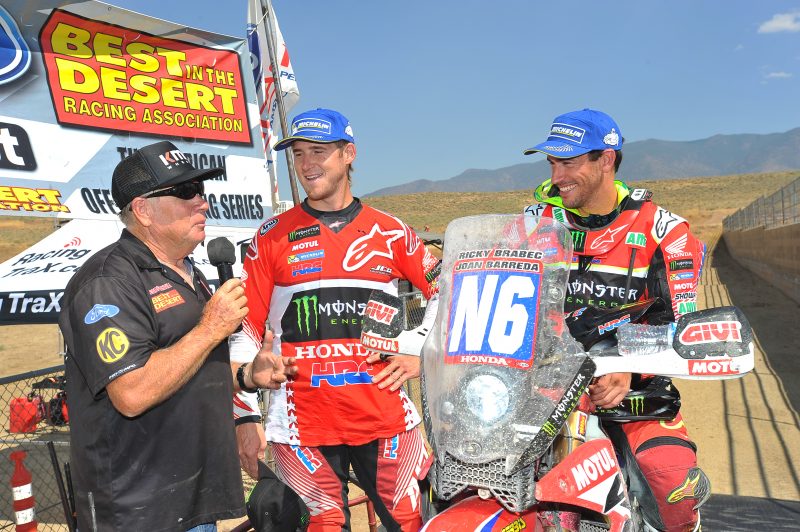