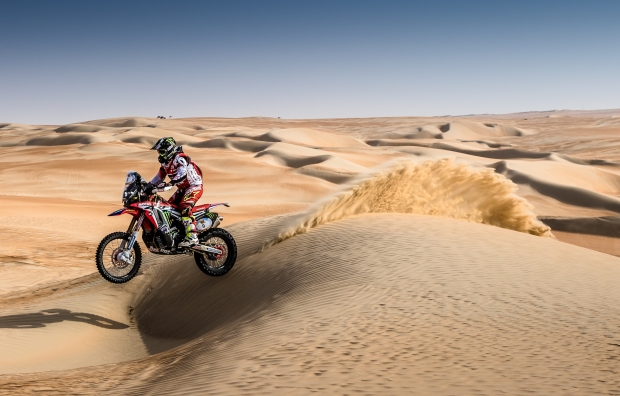 The Abu Dhabi Desert Challenge moves into the heart of the Liwa desert with a dune-filled and navigationally tricky second stage. Paulo Gonçalves battles back from a fall to post second on the day. A penalty to Matthias Walkner for speeding has given the Portuguese the lead of the provisional. Kevin Benavides continues to make progress and sees a physical improvement in his bid to overcome a hand injury.

It was a gruelling 290 kilometres against the clock for the Monster Energy Honda Team in the second stage of the Abu Dhabi Desert Challenge in the Liwa dunes where the riders had plenty of tough navigation and continual direction changes to deal with.

Portuguese rider Paulo Gonçalves set off in hot pursuit of the front-runners, managing to catch up the leading pack before the first control point at kilometre 70. From then on, the five riders heading the field formed a group that stayed together until the finish-line. A few kilometres from the goal Paulo fell whilst taking a low dune and had to check both the bike and himself for damage. Luckily, the inspection proved to be negative and in little time the rider was back in the fray aboard the Honda CRF450 RALLY to take the day’s second fastest time and move up in the overall ranking to second place. After reviewing the riders’ tracking, organization have penalized Mathias Walkner with one minute for speeding, with which Gonçalves has become new leader of the race.

Meanwhile Gonçalves’ team-mate in the Monster Energy Honda Team, Kevin Benavides, continues to make a successful comeback to rallying after injury. Apart from minor pains in the wrist area near the race-start, the Argentinean was racing at near full pace in the latter stretches of the race before taking fifth fastest time on the day. The Argentinean rider now lies in sixth overall.

The third stage will, likewise, be played out tomorrow in the Liwa Desert with 288.73 kilometres of timed special stage.

We have finished the second day with a fairly long stage. It was 100% off track – all dunes. I did well and before arriving at CP 1, I had already reached the riders in front. I was up with the main group until kilometre 70 where a dune ‘swallowed’ me. I had to stay there for a minute to get my breath back before continuing. Luckily it was nothing and I was able to continue. Tomorrow I will try and attack again, although I have seen that the rivals are really strong. The bike is going really well in such difficult conditions. We have to keep going.

Today we had a better stage than yesterday and I’m starting to feel more at ease with the bike. In the beginning I had a lot of pain in my hand but it gradually went away and from the halfway point I was able to concentrate on riding as I like to do. I’m enjoying myself a lot in such a beautiful desert. 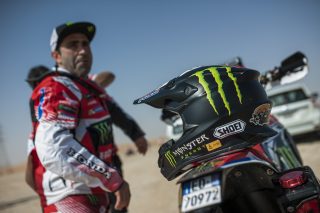 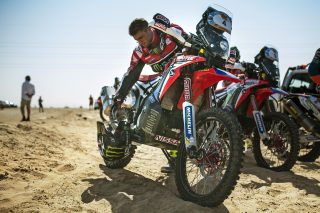 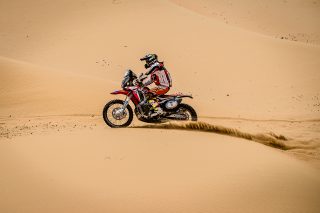 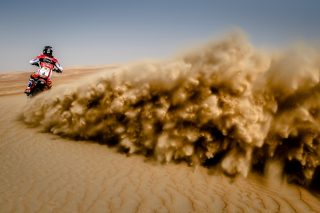 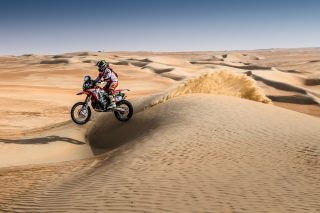 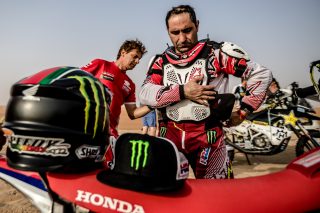 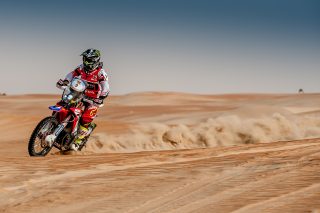 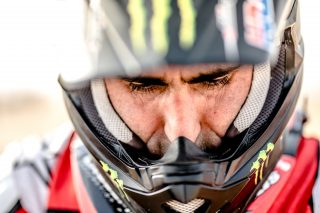 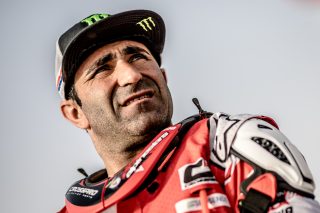 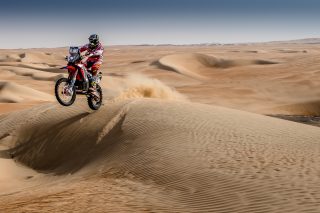 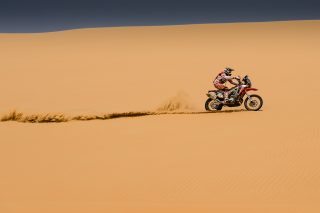 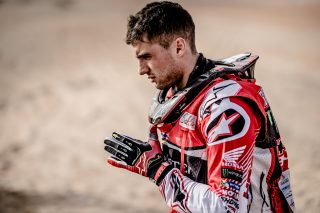 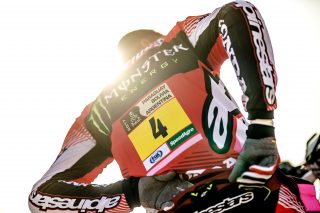 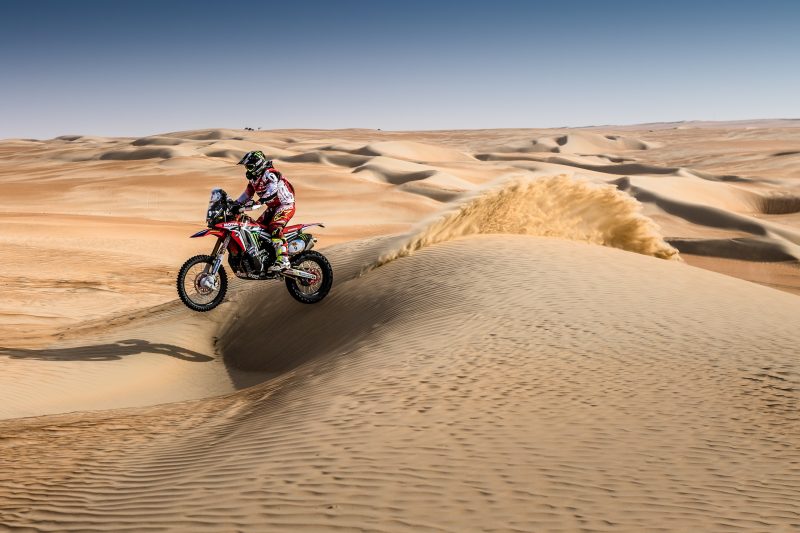