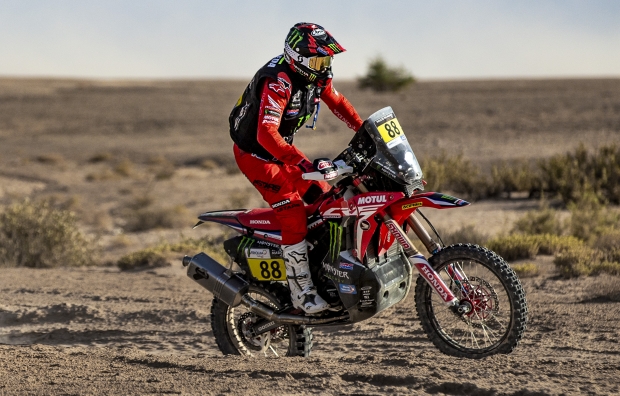 Monster Energy Honda Team occupied the entire podium today after the first stage of the Rallye du Maroc. Joan Barreda saw off the other riders to snatch the overall race lead. Ricky Brabec and Pablo Quintanilla were hot on his trail in the day’s standings.

The first ‘real’ stage of the Rallye du Maroc and the first joint triumph for the Monster Energy Honda Team. Although the rally had barely begun, the first day’s result turned out to be a very upbeat one for the Honda CRF450 RALLY riders at the finish-line in Zagora.

A total of 288 kilometres of special stage were covered on the day, divided into three different segments, with the opening kilometres raced over fast, dusty tracks before moving on to some thirty kilometres of dunes in the heart of the Erg Chegaga. The riders also encountered a very difficult navigational section with off-piste tracks, further hindered by the harsh weather conditions, where a mammoth sandstorm made for some fairly treacherous riding. The final part of the route played out on stony tracks.

Joan Barreda set a break-neck pace today and was soon leading the provisional timesheets. Team-mate Ricky Brabec followed in hot pursuit, with the pair completing the rest of the lengthy stage together. At the finish-line in Zagora, Barreda crossed 1’10 ahead of second-placed Brabec and almost three minutes clear of team-mate Pablo Quintanilla, who proved to be very nippy over the dusty tracks of the Chegaga. Pablo now holds third spot in the general standings of the Rallye du Maroc. José Ignacio Cornejo, who looked set to make the podium on the day, made a navigation error before refuelling and dropped several minutes to his rivals, eventually posting seventh of the day.

Tomorrow’s stage looks likely to be a tricky affair for the Monster Energy Honda Team riders who will be forced to open the track for the 330-kilometres special stage, by now familiar to the riders, as the route will be in the opposite area to today’s stage. By the end of the day, the riders will have completed a trek of over 600 kilometres.

Stage one was a really long one. Really windy out there. I was thinking at one point they were going to cancel the stage. As a racer you couldn’t see very far in front of you. Once Joan caught me, we rode together all day. He did a really good job opening, but we also had some lines to look at. Unfortunately some of the other guys lost time today. It’s only the first day. We have four more days. We are going to stay focused and make it to the end.

I think the strategy we decided to take yesterday was not bad, the four of us were leading almost the whole race, but I made a mistake by not following the tracks and following my own line. It was a wrong decision that took me some time to get back on track. I dropped a few minutes, but even though it wasn't the perfect day, it's not too bad and I think I'm in a good starting position for tomorrow's stage.

Today was the real start to the race. It wasn't an easy first stage, there was a lot of dust, poor visibility, fast tracks and also parallel tracks with some complicated off-piste tracks. I felt good, with a very good pace. It's very important to start the race well, on the right foot, and the truth is that I'm very happy with the way I rode the bike, very comfortably, and I’m also pleased with the result.

I'm really happy with today. At the beginning it was complicated because there was a lot of dust from the riders who had gone out in front. Then, in the dunes, I pushed hard and the bike responded perfectly with a good pace, I felt really good. After the dunes I saw that some riders were having trouble finding the right direction with difficult visibility due to a sandstorm. I kept a cool head and I think it was the best decision. Then the navigation got better and I was able to finish a good stage.

The strategy we followed yesterday paid off today. We thought that in this first stage it would be good to start a little bit behind because there has been no tourism in Morocco for a long time and I thought that there would be no visible tracks, that it would be difficult to navigate. The last time we came through the Erg Chegaga was long time ago and we thought, that it would be good to start a bit further back. Tomorrow will be the opposite and we'll have to see how the day goes, which we hope we can finish without any complications. 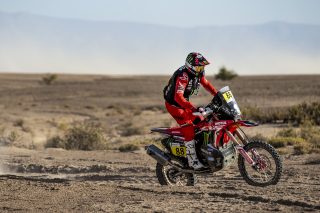 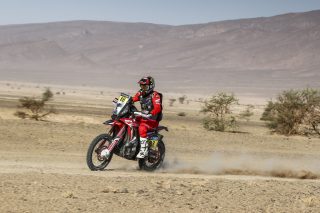 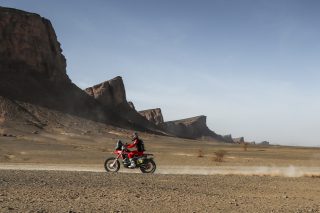 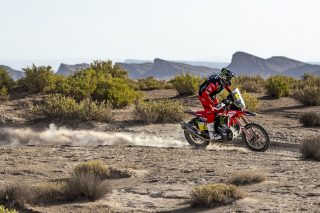 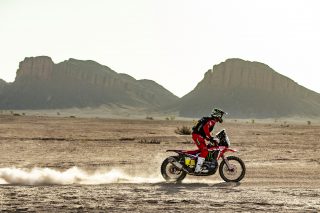 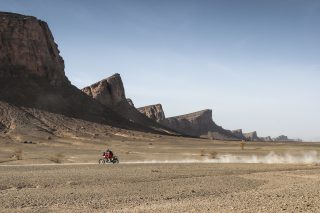 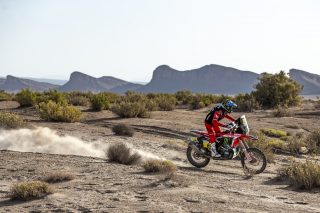 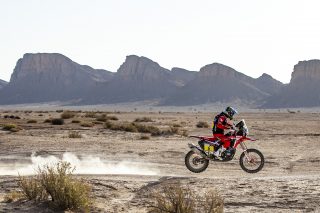 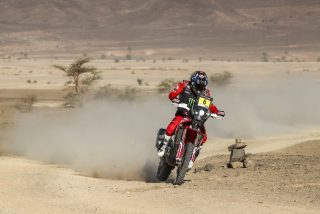 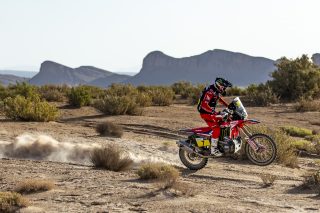 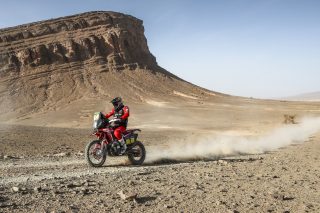 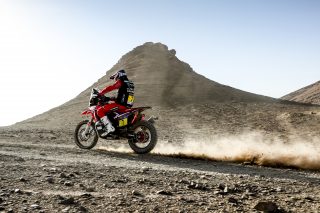 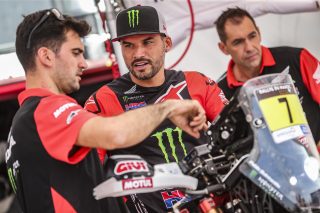 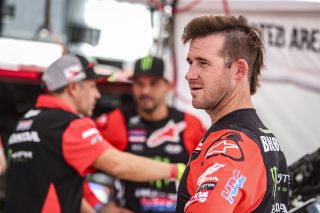 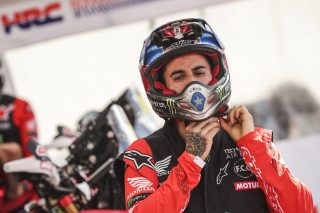 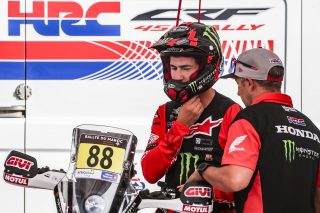 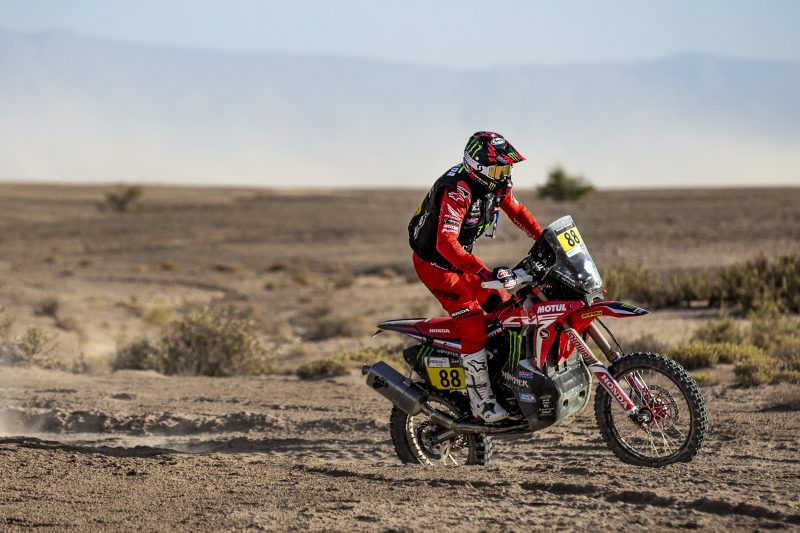