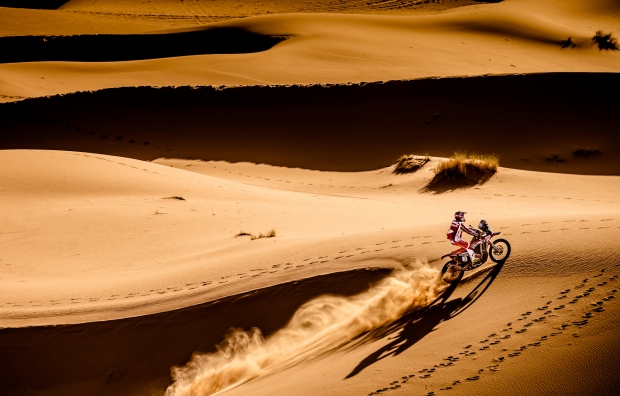 The penultimate stage of the Morocco Rally has been an ill-fated one for the riders of Team HRC who had been in the running for top positions.

A hazard not marked out in the roadbook put an end to chances for the top-placed Team HRC rider in the Moroccan Rally. Argentine Kevin Benavides set out from first place this morning with distinct podium prospects on the 319 kilometre looping special stage which started and finished in Erfoud.

Benavides opened the track in the first half of the special with a fine display of navigational skills. Unfortunately, a hard fall in the second section left the rider unconscious on the track in an area that had recently been modified and hadn’t been indicated in the roadbook. Australian Toby Price – who the team wish to thank for the gesture – was on hand to help bring the young Argentinean rider around to consciousness. Kevin was eventually able to get back onto the track and finish the special stage at a somewhat slower pace. The rider underwent a medical check-up to make sure he is in good shape.

Paulo Gonçalves lost all chances of an overall victory in Morocco in yesterday’s stage. The rider had started out race leader but twisted a knee while putting his foot down to support the bike in a slower zone. Subsequently he suffered a mechanical setback that the mechanics are still looking into. Today the plucky Portuguese rider braved the start before the knee pain became so intense that it forced him to return to the bivouac. Goncalves has every faith that the recuperation process will be brief and hopes to be able to continue soon with the scheduled training programme.

It was a bad day in the office for Californian Ricky Brabec who was unable to finish the day due to an electrical problem. However, he will start tomorrow’s stage to finish the rally and gain more experience.

Yesterday I wasn’t going to concede any time, but the day didn’t start well and I twisted my knee when I put my foot down for a support. I kept going but at kilometre 140 the bike cut out. After visiting the physio yesterday afternoon, today I set out to clock up some kilometres but I saw I was going to be unable to endure the whole stage because of the pain. It is a shame but that’s the way the races are with many difficult situations. And as we have done on previous occasions, we will return more motivated than ever.

Today was a really hard stage. I fell after the refuelling. I had been opening the track and was comfortably ahead. The navigation was difficult and I was doing a good job. I don’t remember where or how I fell. I only know that I got up and continued to the end without knowing how. I would like to thank Toby Price who stopped to help me and also to the race organization which reacted well. Well, these are things that happen and one has to learn from them. I’m sure that I will be back stronger than ever.

Yesterday I was unlucky at the start. I finished the stage quick although I arrived back at the bivouac later than I had expected. Today was no better and I wasn’t able to finish the special either. These have been two unlucky days after having got a good result. I hope that the bad days are over and that I can make it through the rest of the race without any problems.

It wasn’t an easy day for team HRC. We are happy that Kevin didn’t have any major problems. He had a bad crash that wasn’t marked out in the roadbook. It was an important hazard. Talking to Price and Sunderland, they too have stated that the danger hadn’t been correctly indicated. It is a shame because Kevin was having a great race and until CP2 he was in a great position. But that’s racing and we just have to accept it. We’ll have to content ourselves with a very untimely situation that could affect the rider’s health. It was unfortunate also for Ricky Brabec who had mechanical problems. But all of this is good experience that will help him to grow with the team and the bike towards the main aim which is, of course, the Dakar. 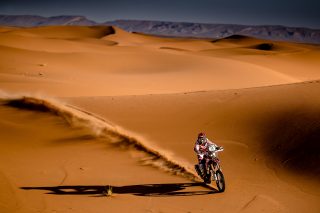 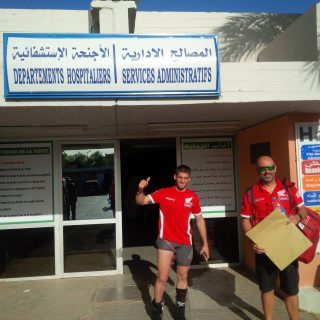 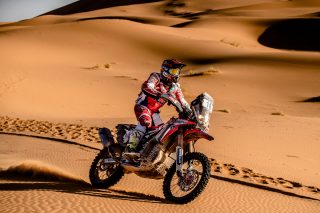 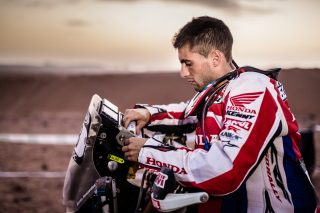 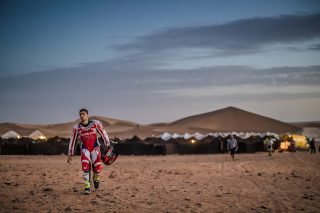 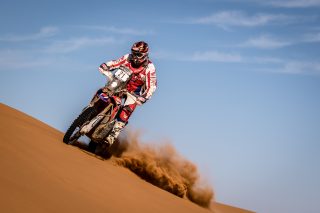 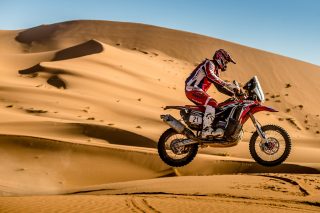 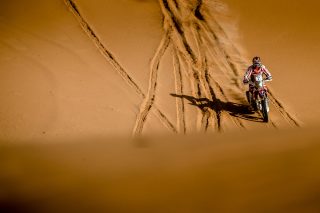 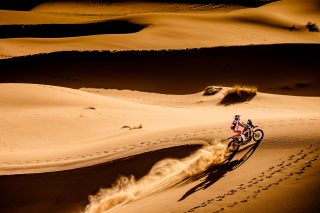 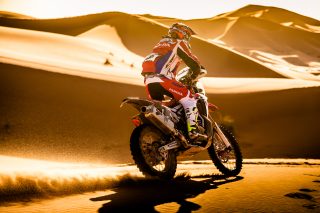 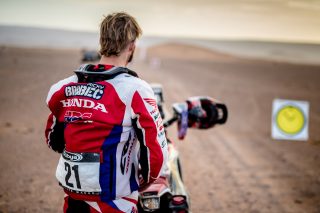 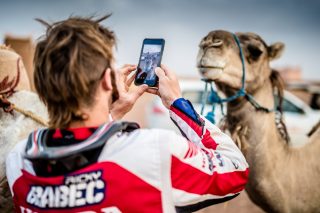 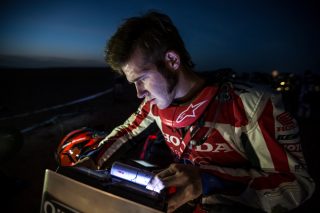 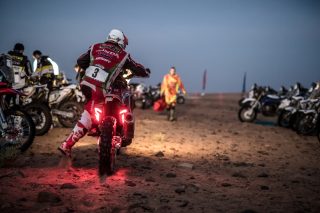 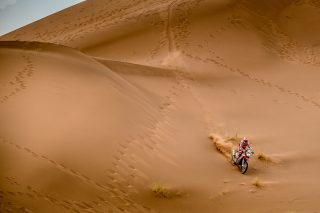 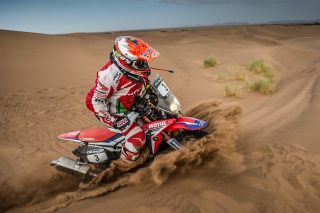 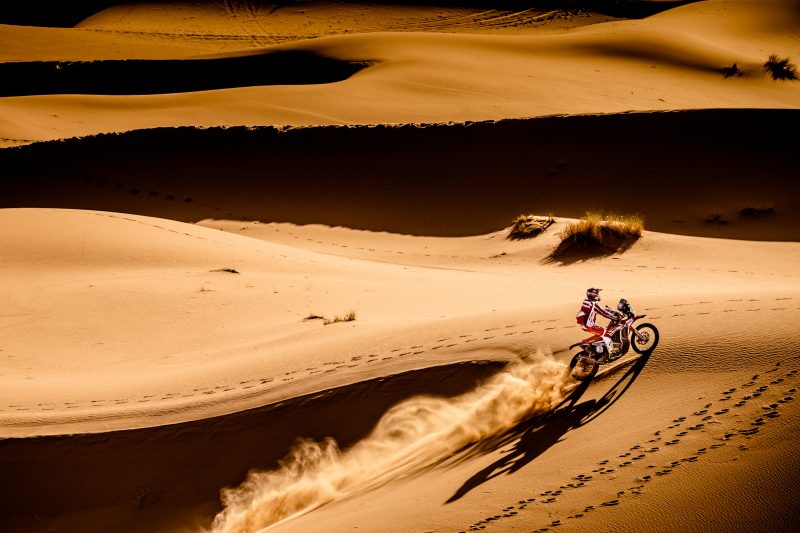