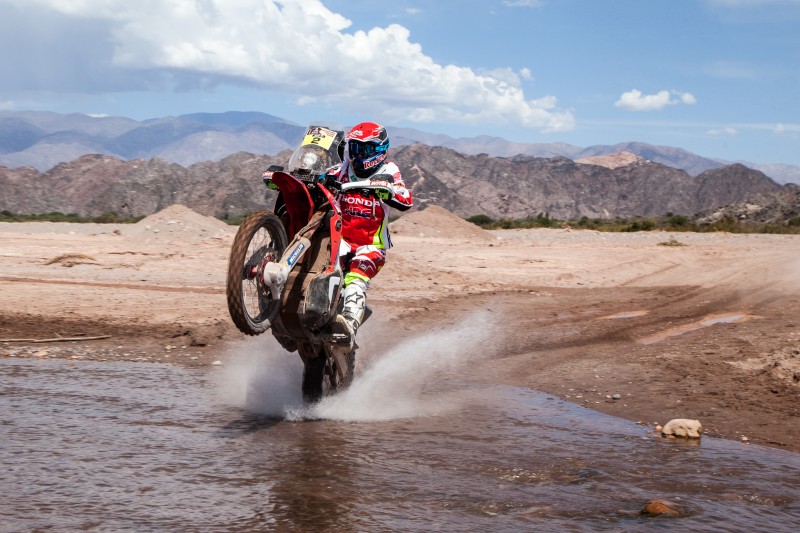 Joan Barreda widens the gap at the head of the overall standings on clinching the fourth stage at Dakar 2015. A notable 6th place for Javier Pizzolito of HSA Rally Team, and 8th for Laia Sanz as the rally crosses into Chile.

The Dakar took to the mountains today, the lofty San Francisco pass, at an altitude of 4,800 metres, bearing witness as the riders rode into Chile for the first time. It was also the most extreme stretch of the course encountered so far, with the longest liaison, at 594 kilometres, and temperatures which oscillated from below zero to over 35º. The weary warriors finally earned some rest back at camp in the outskirts of the mining city of Copiapó.

Joan Barreda dictated the pace from metre one. By CP1 he was already ahead, having made short work of yesterday’s winner Mathias Walkner, and closing the gap with arch-rival Marc Coma. The duel was fought nail and tooth throughout the length of the 315 kilometre timed special.

Barreda thus puts yet more distance between himself and the nearest challengers, with a 12’49’’ advantage overall. Laia Sanz shone as second of the Team HRC finishers. Relishing the Honda CRF450 RALLY, the Spanish rider stormed to a magnificent 8th place which lifts her to 12th overall.

After a complicated opening, and a slight navigational boo-boo, Paulo Gonçalves managed to claw back a bit of lost time to finish in 12th, but still remains among the leading group. Hélder Rodrigues, was third in the first part of the stage, but finished 17th after a few setbacks.

Jeremías Israel, didn’t get the type of welcome home that he had hoped for. The Chilean suffered a heavy fall at the start of the special, and lost valuable time. Nevertheless, he bravely picked himself up, and even managed to make the finish-line in the top thirty.

Honda South America Rally Team had a splendid day out today with Javier Pizzolito amid the front-runners, taking 6th place. Chilean Daniel Gouet came home in 13th, and now situates himself as the leader of the HSA Rally Team, in 21st on the overall leaderboard.

Creating the surprise
This is the first of the rare special stages in which all categories will compete. At the start of the race, the most confident drivers will be able to take advantage of the fast tracks to try to move up in the overall standings. But the temptation to do so may be risky, particularly in the hard-to-handle fesh-fesh areas where absolute self-control is the only guarantee of success. Overtaking here requires precision handling to the extreme. I’m really pleased with today. It was a really fast special and we had to really concentrate hard. I looked up ahead and when I saw it was Marc and not Walker, I really floored it to not let him get away. Everything has worked out really well up until now. To keep up with Marc’s pace and even to take time off him is not easy. But we will continue to try and stay comfortably ahead and not take any chances.

What a great day! It was a really fast stage. But it went very well, especially the part in the sand, which I like. There were a couple of waypoints that were difficult to find, but I managed to. Also, I’m feeling good physically after the really tough second stage. Today I was on form in spite of the difficulties of altitude at the San Francisco pass.

Today was a really hard day for me. I got lost at kilometre 11, and then, after I had found my way back, I made another mistake at kilometre 124. I dropped a lot of time. When I arrived at refuelling, I realized that I was twenty minutes behind. After that I pushed hard and made up a bit of lost time. I managed to keep in the top group in the rally. Tomorrow I’ll try and get a better result.

Today was a tricky one, with some track where you could really open it up. I attacked hard from the beginning, and I was going great until I got to refuelling, where the bike wouldn’t start for a wire that the mechanics had forgotten to connect. I managed to fix it and make it through to the end of the stage, in spite of the lost time. It was a shame to have been stopped for so long. 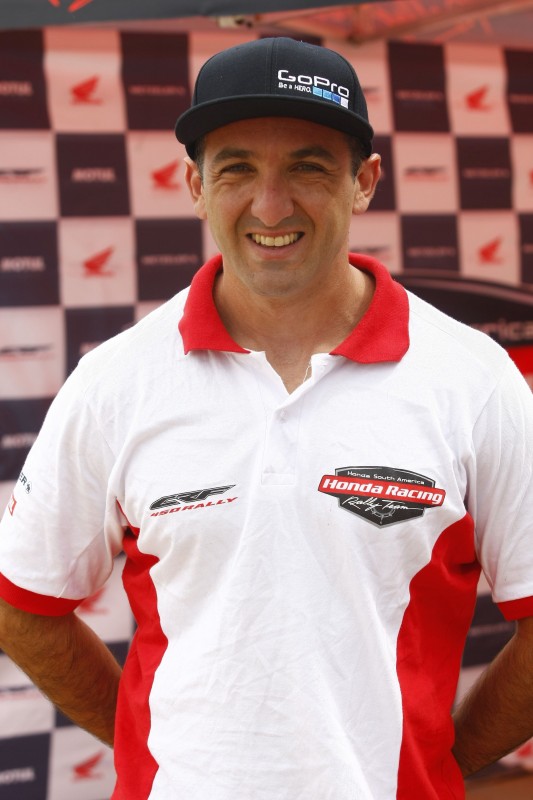 Today was a nice day for me. At the start there was a lot of dust hanging in the air, but it cleared up after refuelling. After, I caught up with Hélder and we rode together through the dunes until the finish. I’m very satisfied. 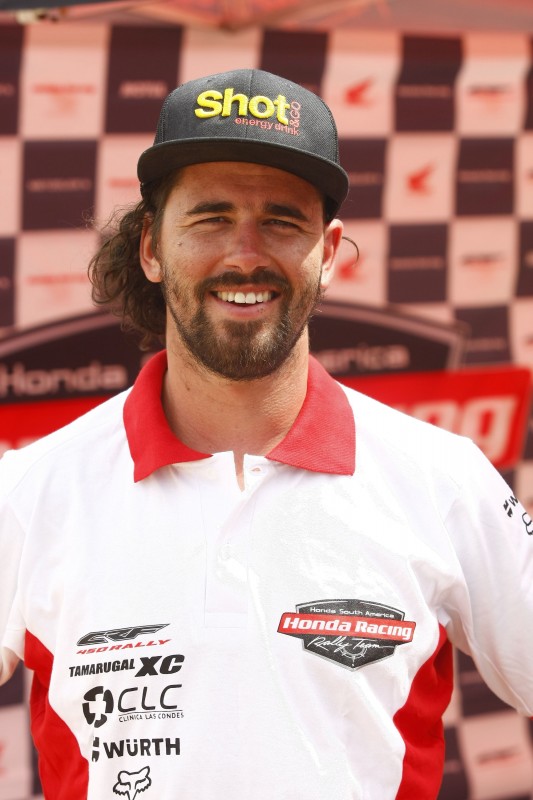 A very long stage, and I felt at home, not just because it was in Chile. There was a lot of rocks and a lot of fast track…. I took advantage of that, and also felt very comfortable with the navigation and the dunes. You have to try and make steady progress in the overall standings. Now it’s time to enjoy the four days here in Chile. 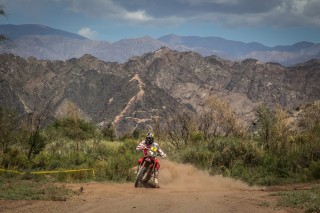 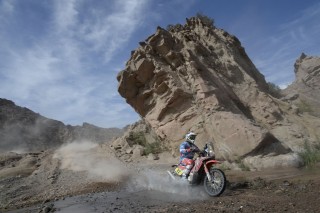 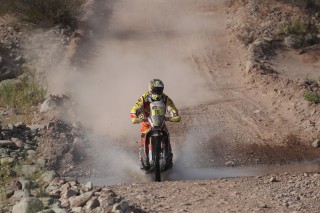 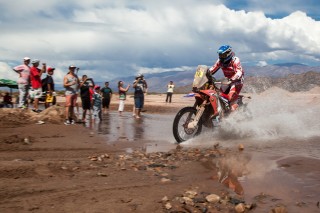 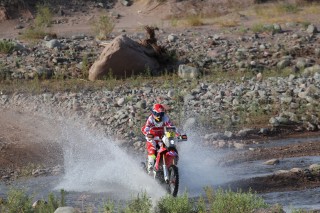 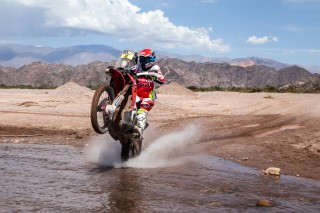 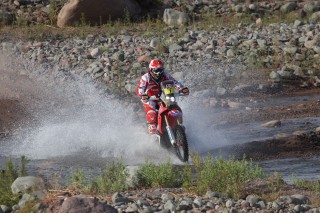 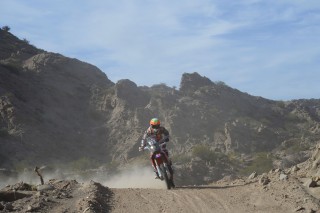 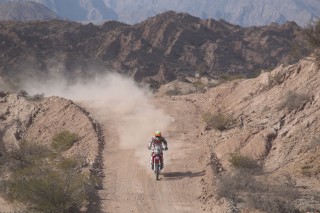 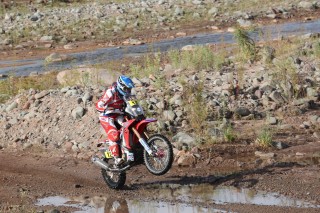 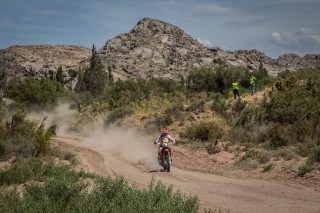 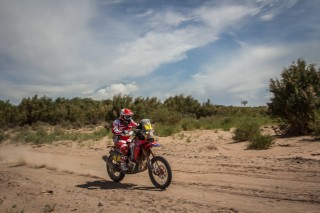 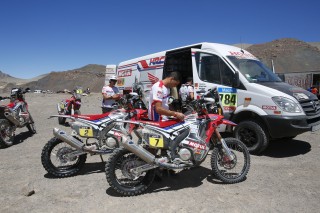 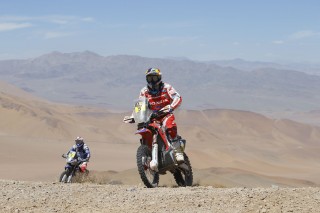 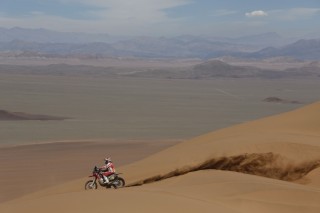 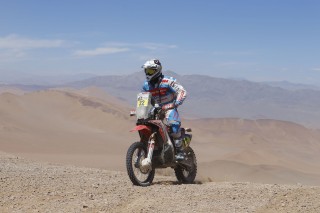 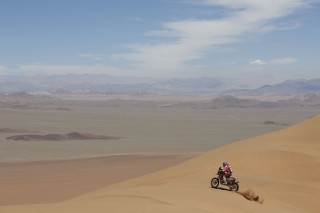 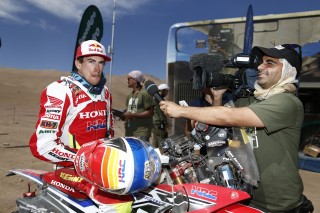 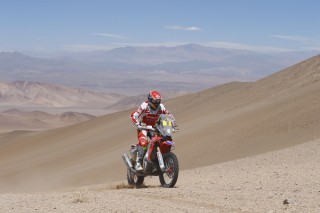 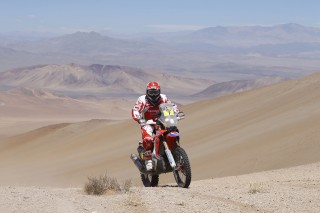 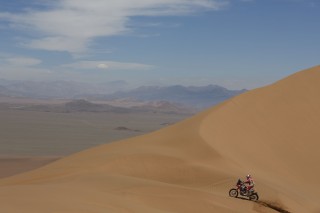 Dakar Rally 2015 Behind the Scene Stage 4