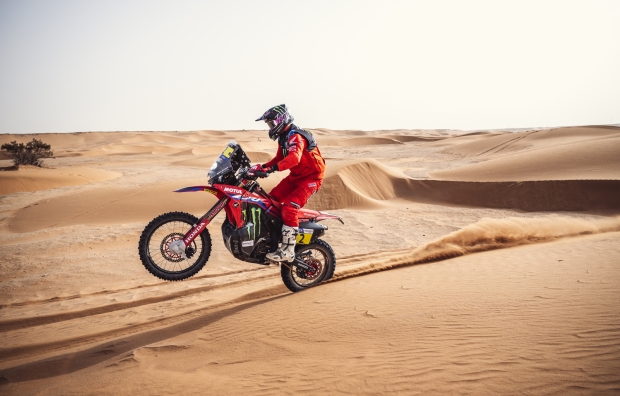 The wide desert landscapes from the south of Morocco has finally arrived! In the third day of Rallye Du Maroc the convoy left Tan Tan in the direction of Laayoune. Riders had to face a total of 437 kilometres  122 km in laiason followed by 315 kilometres of special stage in this second stage. It was time to embrace the great plateaus, with rocky tracks and much longer dune sections – the famous ergs. Bivouac has been set up in middle of the oued and the temperatures raised to 37ºC!

Adrien Van Beveren was the winner of today’s stage, signing the first success of his career with Monster Energy Honda Team. 2020 Dakar winner Ricky Brabec was third, José Ignacio Cornejo 7th and Pablo Quintanilla – who struggled with pain due to yesterdays crash – was 10th.

Tomorrow’s stage of Rallye Du Maroc consists on a circuit with departure and arrival in Laayoune. There will be a total 323 kilometres  to cover, 23 km in laiason followed by 299 kilometres of special stage. More sand and dunes are already in the riders minds!

“It’s a great feeling to win a stage and this comes when I am just starting my collaboration with Honda – this is my first race with the team. I had a great day and I was able to navigate the best possible way. That was where I made the difference. This is very good news not only for me – sure it counts to my motivation - but also for the all team. ”

“Today I felt pretty strong, but at the begging I lost some time. I was off piste and I couldn’t find a way point control, so I guess I lost here around six minutes. Then my team mate Adrien Van Beveren arrived and we continue together. In the end it was not a bad stage. I have a delay of around 4 minutes and tomorrow everything can change. I believe we are still on contention for a podium position. ”

“Today I felt much better than yesterday. I was quite comfortable in the bike and that made the difference. I have made a little mistake in the navigation when I was off piste in the bush, so I lost some minutes. In one word I can say I had a solid day. ”

“This was a tough stage for me, because I was struggling with a lot of pain in my shoulder due to yesterday’s crash. I did my best to keep the focus on the riding but it was not an easy job, specially in the off piste sections. Now priority is keep doing a good race for the team trying to avoid mistakes. I am happy to be here in Morocco! ” 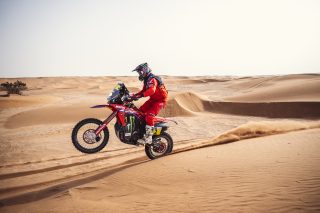 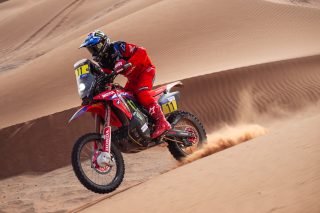 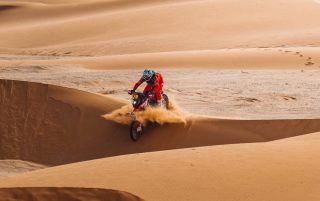 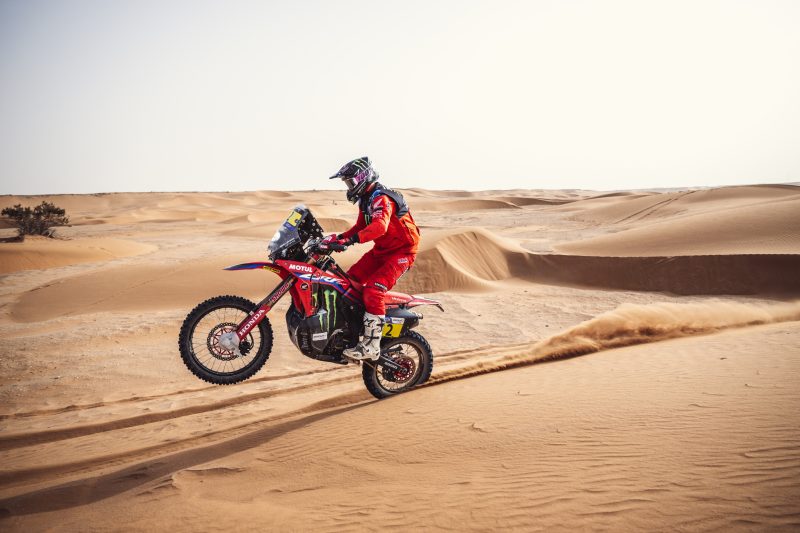