Barreda, Brabec and Benavides occupied the top three places in the tenth stage of the 2020 Dakar Rally to confirm Monster Energy Honda Team’s intentions for the overall victory. The second sector of the marathon stage was cancelled due to safety reasons.

Monster Energy Honda Team riders Joan Barreda, Ricky Brabec and Kevin Benavides all made it onto the podium at the end of the day’s stage which was cut short due to inclement weather. The tenth stage of the Dakar Rally – initially scheduled to cover 534 kilometres over two timed sectors – was shortened to just a single special when strong winds were forecast in the second stretch. Riders were directly diverted to the bivouac at Shubaytah to avoid the winds which could potentially have put the participants’ safety into jeopardy.

Barreda, Brabec and Benavides finished the short 222-kilometre special stage after imposing a white-knuckle pace. In spite of the speed, the squad riders were careful to keep their Honda CRF450 RALLY machinery in optimum conditions, given that today is the first part of the marathon stage which will see the riders accommodated in a separate camp. Today – as will be the case tomorrow – riders received the roadbook 25 minutes ahead of the start of the special. Once back at the Shubaytah bivouac, with no external mechanical assistance permitted, it was left to the riders themselves to attend to any servicing that might be necessary, as rally rules stipulate that no tyres can be exchanged with other riders, but only mechanical elements, if need be.

The general standings continue to be dominated by Ricky Brabec, who increases the lead over his immediate rivals: more than 25 minutes over Pablo Quintanilla and 27 over his Monster Energy Honda Team stable-mate Joan Barreda, who, with today’s win leapfrogs a place in the general rankings. José Ignacio Cornejo, who posted the day’s tenth fastest time, still holds fifth spot overall.

Tomorrow sees the penultimate stage of this edition of the Dakar, the second leg of the marathon stage, with riders returning to the bivouac in Haradh. The opening kilometres will have a heavy dose of dunes before the stage finishes with sandy track and some solid ground.

Keep your eyes peeled as the day begins with a spectacle that lasts for 80 kilometres: the finest dunes of the country. Over such a distance, the risk of lingering too long on a mound of sand to take in the sights is real. The competitors will then follow in the footsteps of the first black gold prospectors who explored the region. The marathon stage comes to a close.

Today was a short stage, very fast at the beginning, with very dangerous cut dunes. I took it easy at first, as a precaution, and then I began to push a bit harder. In the end, at the refuelling we were told that the second part had been cancelled for security reasons, which seems right to me. I'm happy for us, it's been a good day for the Honda guys, with a full podium. The bikes have done few kilometres, so they are fine and do not need much attention!

We are in the bivouac of the marathon stage and we have only two stages left. Today it was very windy, and with the sand that was rising it was hard to see well, so they decided to cancel the last part. Well, we have to go every day, there is no other plan or strategy to complete. The goal is to get to the finish line every day with the motorcycle.

In the first part of today's special there were many falls produced by strong gusts of wind and the helicopters have had a lot of work, so, for safety reasons, they cancelled the second part. There was a sandstorm and there was no visibility. Today I made a small navigational error that cost me about some minutes, but I am glad to get back to the bivouac in one piece. Ricky is riding the race really well. 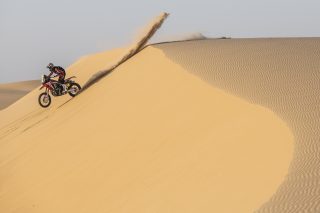 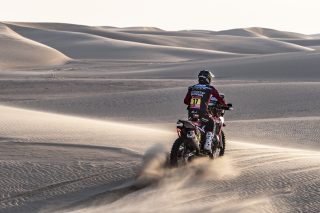 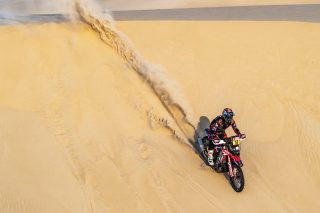 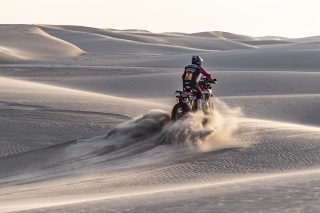 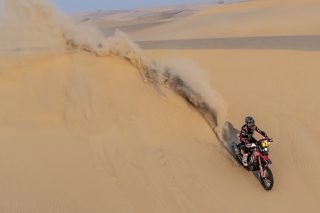 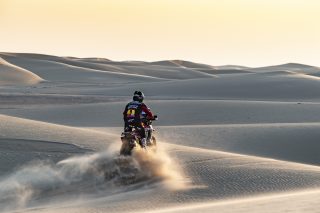 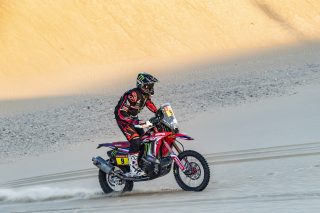 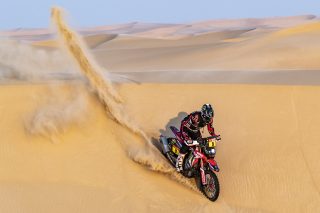 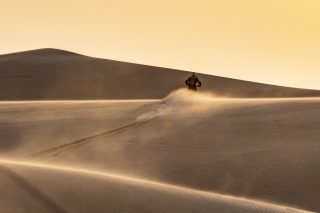 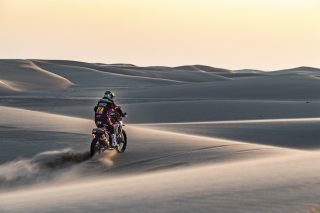 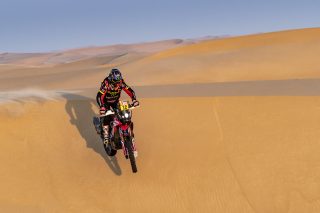 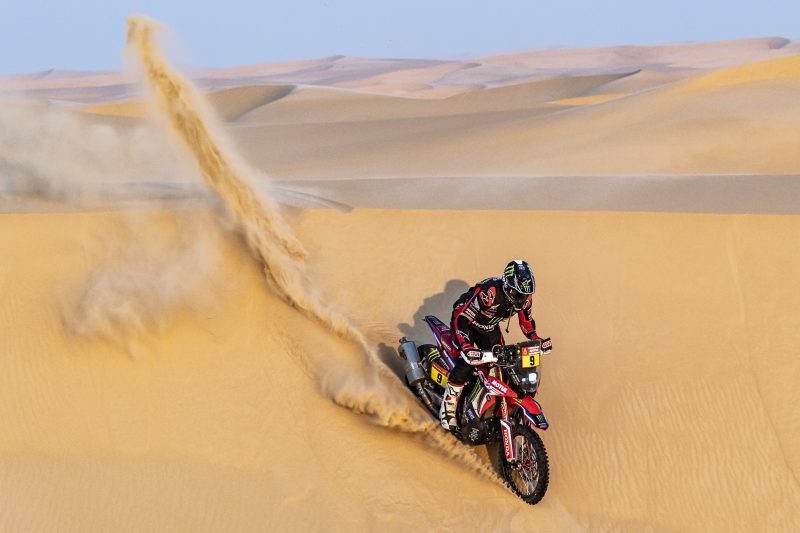