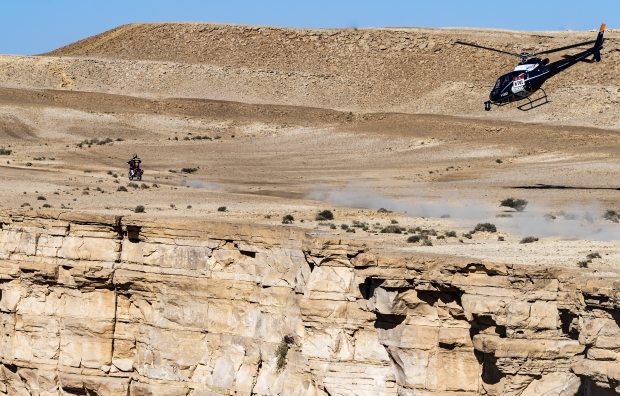 The Dakar heads into its final stretch – expected to be the toughest of all – with the riders of Monster Energy Honda Team well-positioned for the final assault. Brabec, the current leader, keeps his distance over rivals, while Barreda goes in search of an overall podium place.

The Dakar Rally continues to head towards the east of the Arabian peninsula with the camp for the ninth stage situated in Haradh. The assistants will remain at this point for the coming three days – the final bivouac before the rally concludes in Qiddiyah. Riders were out bright and early from the Wadi Al-Dawasir camp to complete the 376-kilometre liaison section which took them to the start of the 410-kilometre timed special. In store today were very hard track and tough navigating up until the refuelling point, followed by sand tracks and even some dunes. A final link section of 100 kilometres brought the riders back to the bivouac at Haradh.

On today’s stage the top contenders for the victory registered very close times. Joan Barreda, who caught up with Benavides in the final kilometres, clocked the day’s third fastest time, with a very narrow gap from the riders ahead in the general standings. The Spaniard, who moves up into fourth spot, will be heavily involved in the battle for the Dakar 2020 podium.

Ricky Brabec managed the gaps at the head of the field extremely well. On the day, the American Monster Energy Honda Team rider finished fourth, which rewards him with a favourable starting position tomorrow, having conceded very little time in the stage today.

Argentinean rider Kevin Benavides, winner of the previous stage, having been lumbered with having to open the track for a greater part of the day, did however, manage to set a swift pace to finish in sixth place just six minutes off the eventual winner.

An ideal starting position for José Ignacio Cornejo, sixth rider away, should have resulted in a better finish in Haradh than the one posted by the Chilean who was ill at ease in the opening stretches of the special, dropping time which he later recovered once the race moved out onto open ground.

Tomorrow, Wednesday, sees another marathon stage. This time, however, the riders in the bivouac at Shubaytah will be able receive mechanical assistance, but only from other riders, given that the Monster Energy Honda Team mechanics, like the rest of the teams, will be housed in Haradh.

The marathon stage demands the ultimate quality in rally racing: endurance. The special in the first part sends the drivers and crews out into the vast off-road expanses of the Empty Quarter. It’s not a place where you should linger, as the route for the last 30 kilometres goes right through the dunes. And night falls in a flash! On arrival, only assistance between competitors is authorised.

Today it was hard to restart the race. I thought a lot about Paulo at the beginning of the stage, I know he would have wanted us to continue, he always transmitted that strength to get ahead. I have done so and I concentrated a lot. Today the stage was difficult at a navigational level and quite dangerous with river routes and a lot of stones. Then it began to open out into the desert and began to speed up. For 360 kilometres I opened the track and then Joan arrived and we rode together the remaining 40 kilometres. It was a great stage, with good team work together, so I’m very happy.

We feel pretty good. We are here at a windy bivouac. We are another day closer to the American dream of winning the Dakar. There’s three days left and tomorrow is the marathon. We have a lot of racing to do. The main goal now is to focus and stay positive after the incident that happened a few days ago. Right now we are going to rest and make sure our bikes are 100%, get some food, pack our bags for the marathon and try to stay positive. There’s a 21-minute gap in the general. So tomorrow Quintanilla and Toby start in front of me so the plan is to maybe catch them or maybe keep them in my sights. That way they will start in front of me for the next few days. I’m not really sure what is going to happen so we are just going to stay focused and not lose the twenty-one minutes. The marathon stage is really cool and is very relaxing. You don’t have to see the team and it’s only the riders in the bivouac. You can really soak in the camp life, because by now it’s stage ten or eleven and it’s nearly time to go home. It’ll be nice.

Today was difficult to enter the race and focus on the stage, not just me, for everyone. Over the first kilometres I have made several mistakes that cost me time, but then I was able to regain my concentration and pace. I’m glad to be able to catch up with the race again. There are only three days left and we are still in the fight for the podium. We will do our best to get as far as we can in general. 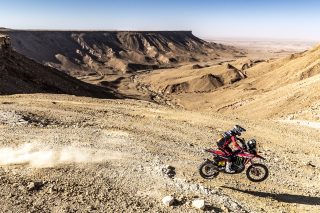 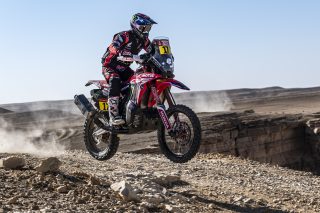 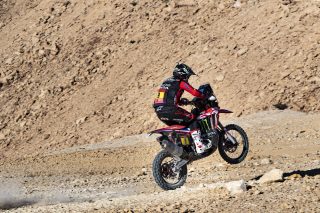 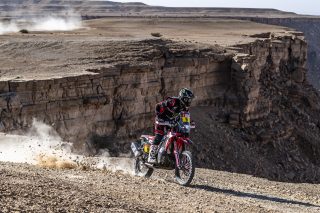 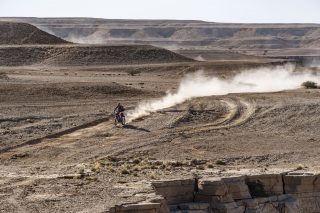 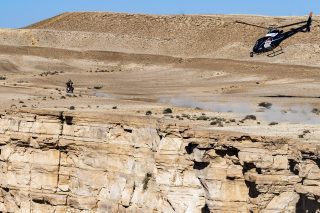 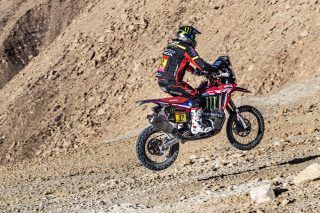 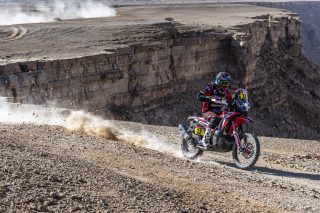 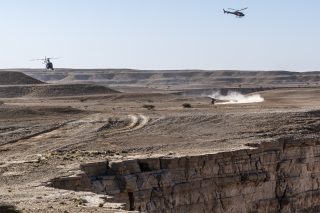 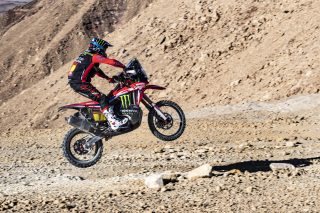 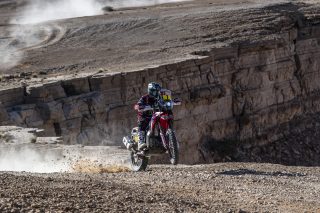 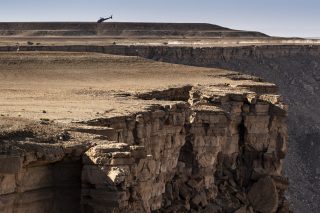 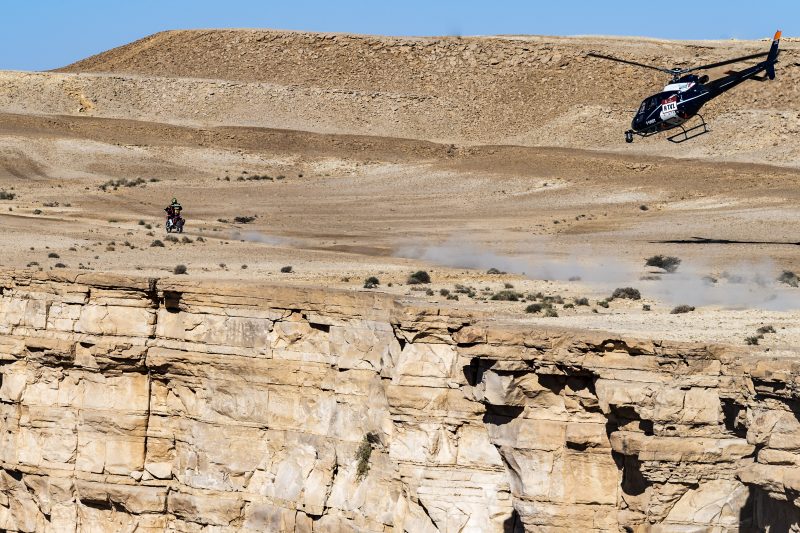