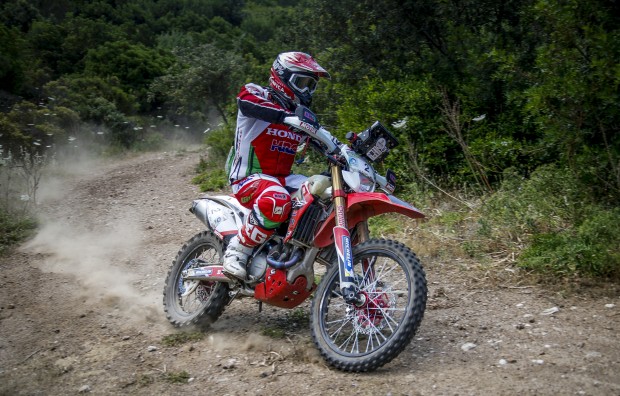 The second stage of the Sardinia Rally wasn’t a particularly favourable one for Paulo Goncalves who set out from first starting position following yesterday’s win. After maintaining a good pace throughout the first half of the day, the Team HRC dropped valuable minutes in the second special, hindered by bad weather and confusion over the roadbook.

Paulo Gonçalves began the second stage of the Sardinia Rally Race opening the track and imposing a cracking rhythm at the head of the field where he remained unreachable over the first 100 km of special stage. Team HRC’s sole representative arrived at Porto Paglia’s assistance point having conceded little time to the pursuing adversaries.
If the first part had proved to be a relatively hassle-free affair, the riders were to be met with an unexpected shock in the second part of the day: a huge storm blew up from the south of the island accompanied by a torrential downpour in the rocky area of the day’s second special stage. Paulo, attempted to keep pushing hard in spite of the limited visibility, which result in missing one of the indications on the roadbook which led the Portuguese rider some four kilometres down a mistaken route. The Team HRC rider tried to get back on the right track, but conditions were treacherous. By the time the episode was through the rider had dropped some twenty minutes.

Elsewhere, Italian Jacopo Cerrutti scored a seventh-place finish in the first special, and a fourth-place in the second. The young Honda novice now rides third in the overall standings just three and a half minutes off the rally leader.

The third stage of the Sardinia Rally will play out between Fordongianus and the bivouac at Sa Itria. Riders can expect a first special of 105 km followed by a second one of 108.3 km. Home for the night will be a tent as part of the race’s marathon stage where no help from mechanics will be allowed and any repairing or checking bikes will have to be carried out alone.

The first timed stage was 100 km and I started from first position, held a good pace and finished without being passed by anyone. I think I did quite well as I didn’t really lose any time to rivals. I started the second part from the front as well and everything was going great until kilometre 40 of the special when the torrential rain began. I wasn’t able to see but I didn’t take the goggles off and missed a note in the roadbook and ended up getting lost for four kilometres. I lost a lot of time, but I was able to make it through to the end without further problems. There are three days left and I’ll have to try and recover and improve everyday.

Today was the longest stage of the whole rally. It started quite well for Paulo, he was opening after his stage win yesterday and did a very good part in the first 100 km until the assistance point, losing only about one minute to Coma. He was also very focused on the second part. Unluckily then, after about 40 km a big thunderstorm started with really hard rain in the mountains and he was distracted checking his goggles and getting rid of the rain. Then he missed a note on the roadbook and got on the wrong path in a really difficult trial area in the mountains. It took a few kilometres before he realized that it was not the right path and eventually needed to turn back and lost a lot of time. It’s really a shame for the overall standings, but there’s still a few days to go and we’ll keep fighting and doing our best to finish the race well. 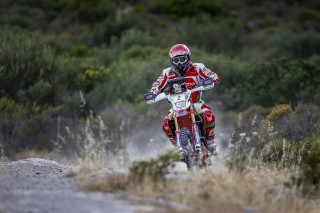 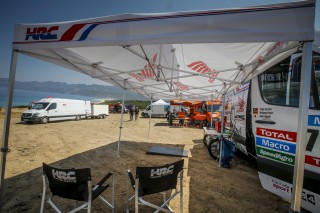 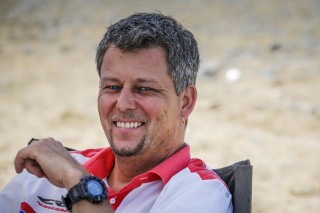 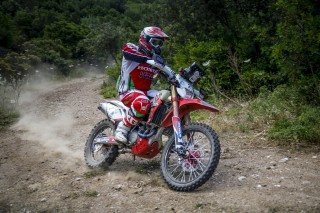