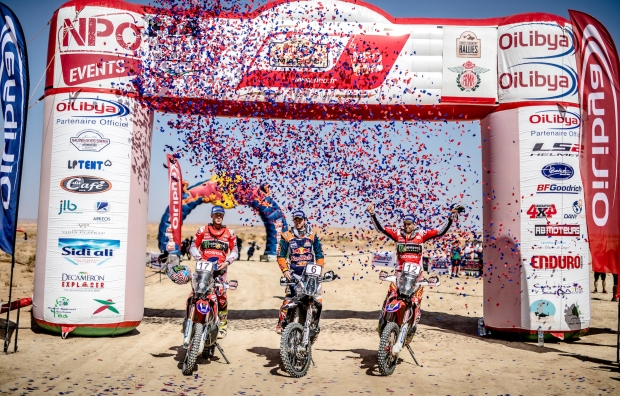 The final stage of the Morocco Rally wrapped up today with another double for the Monster Energy Honda Team on the final podium. Kevin Benavides and Ricky Brabec, who had been in the running for overall victory, settled for second and third spots in the final round of the FIM Cross-Country Rallies World Championship.

This morning the Monster Energy Honda Team duo started out with the conviction that they could get a result in the dunes of the Erg Chebbi on a route which ran northbound towards the dunes of Merzouga. The stage featured 163 kilometres of timed section plus an additional 8.65 kilometres, before the competition concluded in the small dunes in the north of Erfoud next to the Hotel Xaluca complex.

Kevin Benavides went in search of victory throughout the race, aware that in doing so, he could also snatch the world title. However, a minor error was enough to miss out on the chance of winning the special. The second position in the OiLibya Morocco Rally means that the Argentinean rider seals runner-up spot in the overall world championship standings.

Benavides’ team-mate in the Monster Energy Honda Team, Ricky Brabec, shone once again today, after having clinched a first ever world championship win in the rally. The American finished second on the day, triumphing in the second special after having finished the first one in runner-up position. Brabec thus finished in third in the rally’s general rankings, gaining him a first-time podium place in a race whose points count towards the world championship.

Monster Energy Honda Team has fought very hard throughout this Morocco Rally to grab the overall victory in the rally. Of their initial formation of four riders, Frenchman Michael Metge had been unable to take the start after a viral infection that saw him forced to return home on the first day of racing. Meanwhile, Paulo Gonçalves also returned to his home in Esposende ahead of schedule. The Portuguese, who had arrived in Fez as a potential contender just five points behind the leader of the overall championship, suffered a fall during the second stage injuring his right hand. The pain forced him to retire after finishing the third day of racing.

Monster Energy Honda Team will participate tomorrow in a private testing session before finally leaving the motorcycles all set up and ready to embark for South America at the end of next November.

This Moroccan Rally has been a good rally for me. I did the best I could, thinking that I might reach fourth position in the World Championship and in the end I finished runner-up, after a bad start to the season, as I was still carrying the hand injury. That's why I'm happy because I’ve had a great end to the season. Today I gave it the maximum, but I made a small roadbook error when I was going at a fast speed, but I’m happy nevertheless. Of the last four races, I was always on the podium: a win, two seconds and a third, and the most important thing is the consistency that we’ve been having lately. We will continue working because there are three months left before the Dakar, and although the bike has not given any type of problem, we will continue with some testing the next few days. I also want to thank the whole team for their great work in these races and especially my team-mates Paulo Gonçalves, who I hope will recover soon, and also Ricky Brabec, for his first podium in a word championship race.

I started off with a cold and sweating and getting hot for no reason; stuffy nose, sore throat. It’s been tough. It was tough for the first few days but I was able to get my stuff together. Eventually I made it happen and got my first podium in a professional world championship rally. That’s pretty big for me. It’s gonna make the plane ride home a little bit better, knowing that I did pretty well. So I’m happy. For this we’ve had a very good experience going towards the Dakar. We have a very strong team despite some problems. The whole team wasn’t here, but I think that Honda can take some Dakar podiums. The bike ran perfectly and we didn’t have to change anything except the tyres. Thanks to my mechanic Hide. He’s amazing. Thanks to the whole team for setting up a good spec for me and now we’ll push forwards towards the Dakar.

Our race preparation for the Dakar has concluded after the Rally of Morocco. We are happy and we want to congratulate the riders for the results. It is clear that without them this could not happen. Kevin and Ricky got a double on the podium. It's a shame that Paulo had to go home from a hand injury and we also hope he can soon get back on the bike. Michael Metge had to go home early after he got flu. Everything has worked out very well. We fought until the end for the world championship, which wasn’t to be, although it was not really our goal, which is the Dakar. Now we are going to prepare this race, after seeing that everything is working well. We are doing things well and we must congratulate the team and Honda Japan and HRC, because thanks to their great support, the bike is getting better every day. I also want to mention also all the sponsors who have supported us so well: Monster Energy, Motul, Showa, Michelin, Alpinestars, Givi, Termignoni, Acerbis, ARC, Beta, Garmin, DID, GAT, Kenny, Kiron, Kyocera, Lacomed Sports, MoonFactory, Nissei, Noguchi, PIAA, RPM Films, Scout, Shindengen, Supersprox, Twin Air, University of Kent, Vibran and Wings ... Finally, congratulations to Pablo Quintanilla for having made a good championship and for getting the word title. Congratulations to him and his team. 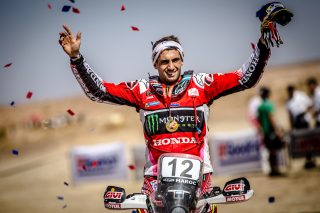 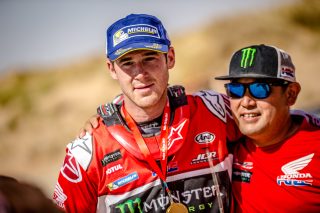 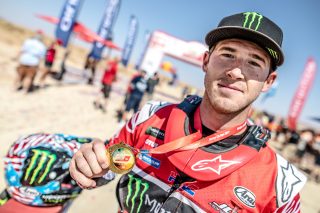 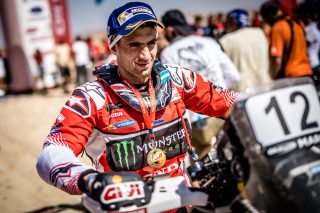 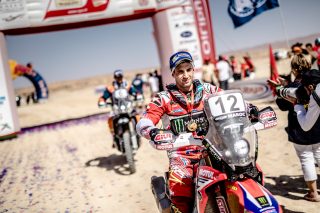 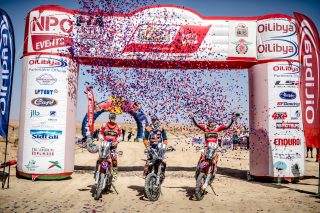 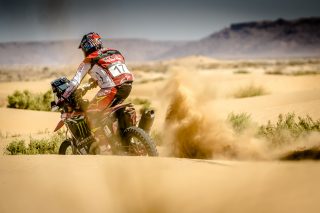 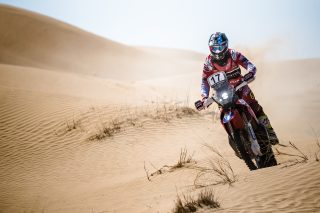 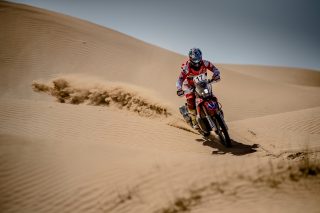 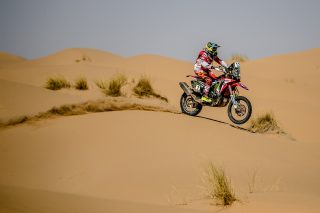 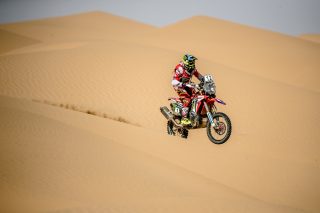 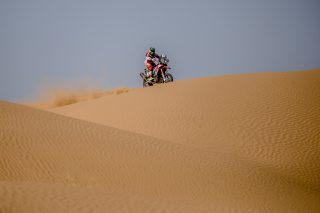 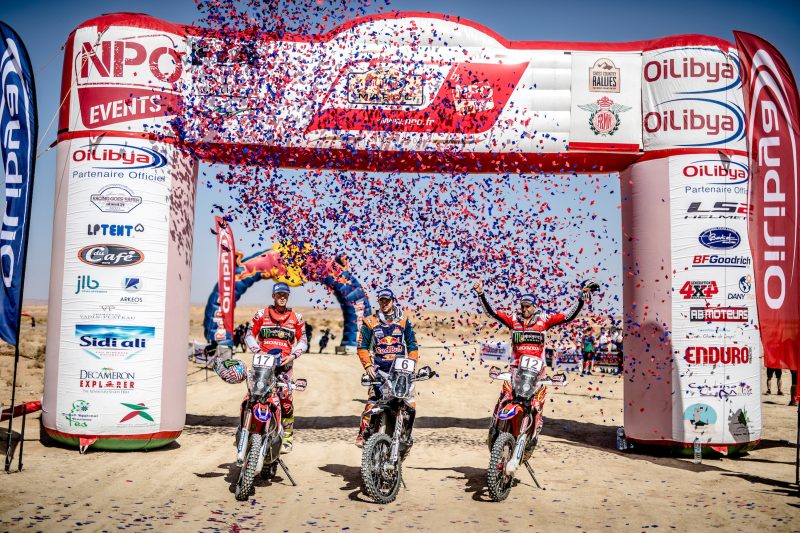