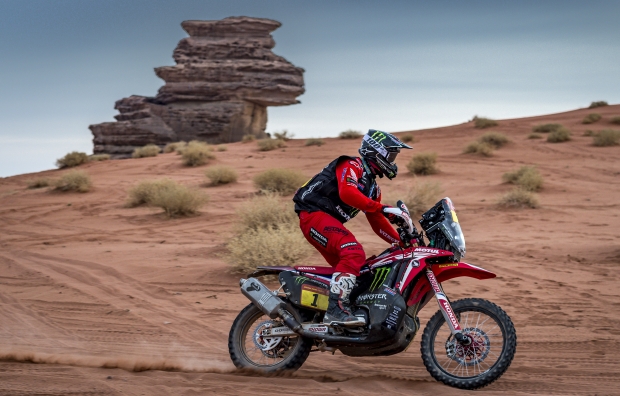 The 2021 Dakar Rally is now entering into its final phase, with the battle hotting up as the rally heads towards its final showdown in Jeddah. Today saw mixed fortunes for the Monster Energy Honda Team who, in spite of a 1-2-3 finish at the end of the tenth stage, had to endure the withdrawal of Nacho Cornejo who had been in the battle for the overall Dakar win.

Riders set out this morning from the Neom bivouac for the tenth stage of Dakar 2021, heading southeast towards Al-Ula. They faced a total stage of 583 kilometres including 342 kilometres against the clock. The dunes are over, but the tough agenda nevertheless served up gravel and rock-filled tracks, with the route running through canyons and sandy sections, in equal measures. The difficulty level showed few signs of easing up.

It turned out to be a bittersweet finish for the team. On the one hand, the Monster Energy Honda Team was once again celebrating with a podium lock-out at the arrival in Al-Ula, with Ricky Brabec claiming a third 2021 Dakar, second place going to Barreda with Kevin Benavides in third. However, the team also saw José Ignacio Cornejo fall at kilometre 252, bringing significant consequences for the Chilean rider. After making it the finish-line of the special stage in bad shape and after medical advice, Nacho decided to retire from the race and undergo a thorough medical examination. Fortunately, after the complete examination at the Tabuk hospital, the rider has no after-effects from the crash. Cornejo won a stage win and had led the race for three days.

Victory on the day went to Ricky Brabec, who had headed out from second position this morning, opening the track for much of the day. The American was looking far more at ease on terrain well-suited to his style and reached the end of the special three minutes ahead of team-mate Joan Barreda. Brabec now lies second in the overall standings, 51” behind the leader.

Barreda, who started seventh, showed fine pace, making up some of the time he had dropped yesterday. The Spaniard finished second and is currently fourth in the rally.

Kevin Benavides has taken advantage of today. After starting out from the front this morning at Neom, the rider managed to set a swift pace before eventually posting third place. The aggregate moves him to the head of the overall rankings with two stages left to run.

Tomorrow, Thursday, sees the longest scheduled special of the 2021 Dakar. The stage will include some 511 kilometres against the clock and barely 50 kilometres of link stage. The new bivouac will be situated in Yanbu.

Today definitely was a good day, but it was unfortunate for our team-mate Nacho Cornejo. We heard that he crashed, but finished the stage and they ended up taking him to the hospital. It’s unfortunate for him, but he’s OK and he made it to the finish-line. That’s always a plus. Today was fast with some traces from yesterday and some from last year. My team Kevin at kilometre 75 went off the roadbook a bit and got confused, so I took over from there opening the whole way until the end. I was thinking all day about a strategy, to try and sit back a little and set myself up for tomorrow, but the other guys were a little bit off the pace and too far behind. I didn’t want to sit back and wait for six minutes, so I decided to bite the bullet and push all day. Tomorrow I will open the stage. I’m very lucky to have my team-mate Joan and Kevin behind me. Unfortunately, if they catch me, I’m going to lose time tomorrow, but it is what it is. We’ve put in one hundred percent and have given it everything. Hopefully in the end everyone will be happy. Anything less than winning will be unacceptable. We’ll do our best and try and make it to the end on top. It would be great to get all the Hondas on the box, but if we get on top, that will be the ultimate. But the situation I’m in for stage eleven is not bad, but it’s not going to be easy. They’ve made it tough this year and the boys have made it tough too. I’ll try and do my best.

I’ve failed in my mission. Today I had a very heavy fall that left me unconscious for a few minutes, I was able to get back onto the bike, but very slowly and with the bike all bent up. I made the stage 10 finish-line, but for safety reasons I have to get such a heavy blow to the head checked out properly. I feel like I’ve been hit by a train. I have nothing left to do but thank my team, my family, my trainers and all the fans for their tremendous support and encouragement. We were so close to the big dream… it will remain unfinished business.

Today's stage was very complicated, I started opening the track and I was very focused until kilometre 80 where I made a navigation error and I dropped a couple of minutes until I found the WP. Ricky had just arrived there and he overtook me so I followed behind. There was a lot of dust and there were also a lot of rocks and dry rivers, so I stayed a little further back during the whole stage. I have heard the news about Nacho's withdrawal; it's a shame because he really did an incredible job day after day. I wish to send my best wishes to Nacho, and hope he gets well as soon as possible and I know that he will be back stronger than ever to continue the fight. For our part, we will continue giving everything as a team and personally I will fighting for what is also my dream. I am very aware that anything can happen so I will try to keep working as I have done until now. Tomorrow, we will have a very long stage, we’ll have to be smart and navigate well.

Today was a good stage for me. The truth is that it was very important to get into the groove again after yesterday, where I had a fairly heavy fall. Today it was important to make progress. The first kilometres were difficult as there was a lot of dust and it was difficult to overtake other riders. It went well and now there are two stages until the end. I'm a bit sad for Nacho, he had done a great job throughout the Dakar. Now, the most important thing is that he is fine, and can recover and that he can continue working like before. Tomorrow is going to be one of the longest stages so we will have to be very focused so as to not to make any mistakes. If we can do a good job over these two days and get the three Honda riders onto the podium, it would be incredible. But if it doesn't happen, we'll also be super satisfied with the great job we've done so far. 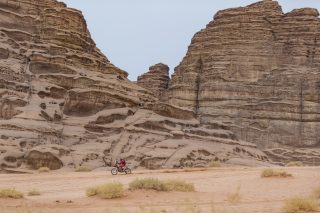 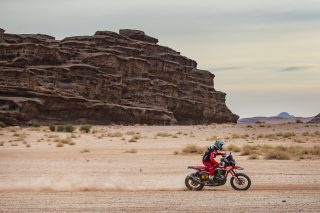 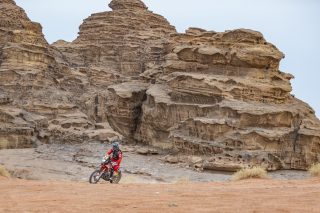 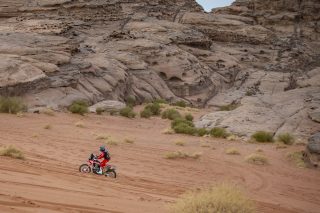 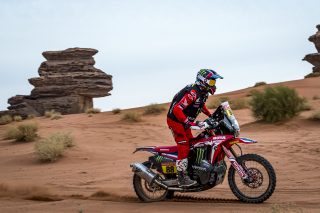 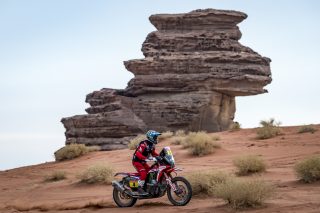 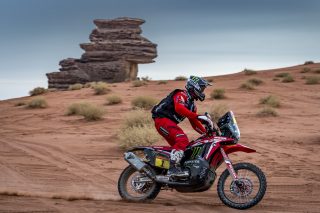 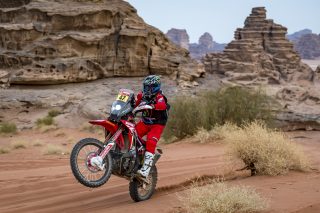 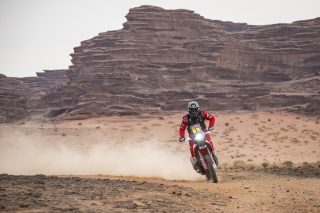 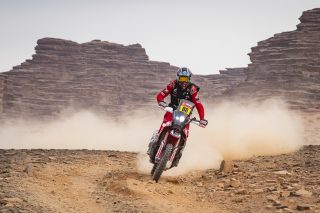 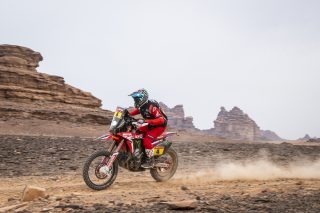 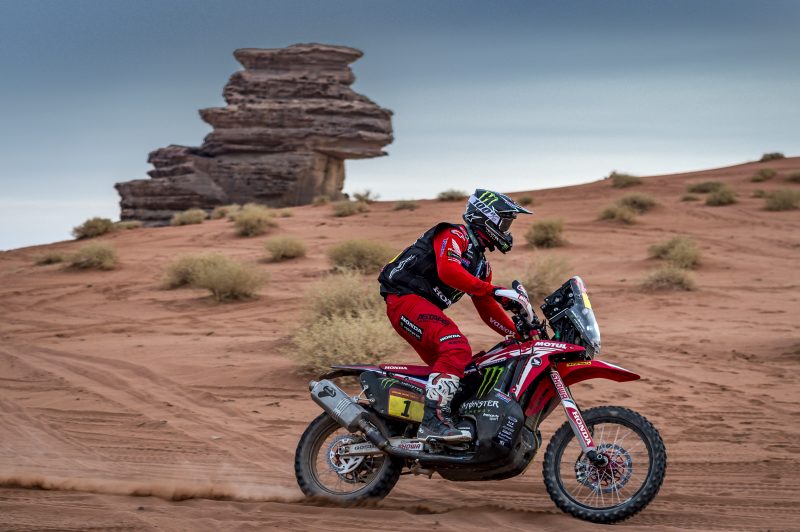