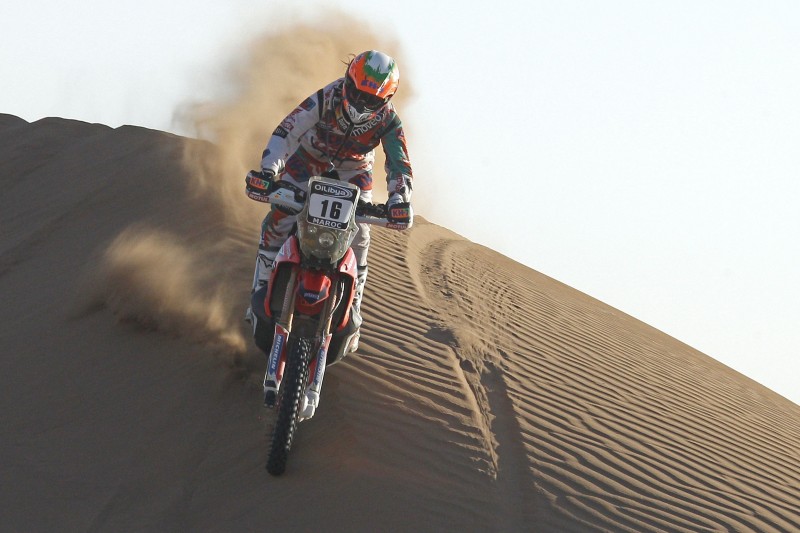 Team HRC were able to salvage something out of what turned out to be the toughest and most complicated day so far in the OiLibya Rally of Morocco, finishing in positions that will leave them poised for attack over the next stages. The best of the bunch were Goncalves and Barreda finishing in fourth and fifth respectively – a significant result considering the day’s unfavourable starting order.

Difficult and complicated are the words that spring to mind when describing the M’Hamid to Cheggaga fourth stage of the OiLibya Rally of Morocco which played out over an abundance of sand dunes and rocky track. It was also a stage demanding a skilful command of navigation, one that left Joan Barreda riding the entire special unaccompanied. As yesterday’s stage winner, the Spaniard was forced to open the track – and there at the front he stayed until the finish line. Nevertheless, his flawless navigation throughout the 226 kilometres of special only served to help guide his adversaries as they went in pursuit of the tracks left by the Honda CRF450 RALLY.

Barreda ended up finishing in fifth place, behind Team HRC buddy, and incumbent world champion Paulo Goncalves in fourth place, who had set off from behind the Spaniard. ‘Speedy’ lies in second overall position, just one and a half minutes behind the leader, and will be well-placed to attack in tomorrow’s stage which winds up in Marrakech.

The stage was a tough one for everybody including Helder Rodrigues, who finished in seventh place on the day and is in fourth on the overall leader-board. Rodrigues will be fighting to get back into a podium position as the rally goes into its final two days.

Jeremías Israel continues to get used to the new machine and today completed the stage in eighth place after a slight navigational error at the start before arriving at the dunes.

The stage gave Laia Sanz the opportunity to keep gaining experience as she clocks up more mileage on the Honda CRF450 RALLY, finishing the stage in fifteenth place and resisting well the physically demanding dunes of Cheggaga. The champion moves up to thirteenth place on the overall leader-board.

A start of leg from just outside of Zagora who takes competitors into a narrow valley between two mountains. The tracks will be fasts but narrow with oueds crossings and magical landscapes. Competitors cross a palm trees then will cross a pass to see the wonderful views of the valley. Trucks will be neutralized a portion of the stage and will join the rally for the final part, which will consist of a very fast and wide track. Pilots can fully let go!

"It was the hardest day so far. I was lucky that Barreda opened the way and at a cracking pace. I managed to finish without losing too much time – my main aim. I’m pleased because team Team HRC is doing a great job. Tomorrow will be difficult – very different with a mountainous track of over 300 km and we will have to be focussed to keep our chances open."

"I think that it has been the hardest stage so far of the whole rally. There were a hundred or so kilometres of dunes and I opened the way for the whole stage. I felt pretty good but I had one doubt about the route that was hard to find. After I kept a fast pace. We knew that it would be difficult and I think we did a good job. A really tough stage where you had to concentrate all the time."

"It has been the most difficult stage – always offroad. There was practically no track from the beginning. A lot of navigation and I’m sure opening the track was not easy. I was behind and had a less complicated job. We’ll keep fighting for the podium."

"In the beginning I got lost with Jordi Viladoms, but we refound the route pretty quickly. I pushed as hard as I could in the sand and had a few problems with the GPS which wasn’t signalling right, but in the end I was able to finish the stage which I’m very happy about."

"A very tough stage with a lot of sand and dunes. It was very hard to get through at the beginning, but I’m very pleased about the way that it went. I felt great, better than before and I hope that it goes on that way. It’s all about getting more experience. To perform well at the Dakar you have to be consistent, not have any problems and keep improving."

"All went well today. It was a very important stage today – the biggest with about 200 km in the south of Zagora. The riders did very well. Joan had the pleasure to open the track and ride out first and take the line. He did an excellent job as usual with a perfect navigation. He managed to not only to ride, but arrive first as well, without losing too much time to the other riders starting behind who had the advantage of being able to catch him up. Paulo pushed hard and rode most of the way with Joan, finishing a few seconds behind. Also for him it was a very important day. He lost the overall lead but not with a big gap. We are now in a good position for the final two days to fight for the victory. All the other riders did a good job too, so the team is ready for the final two days." 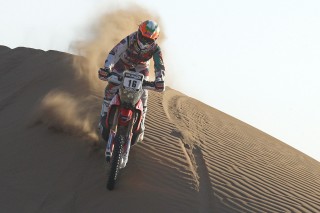 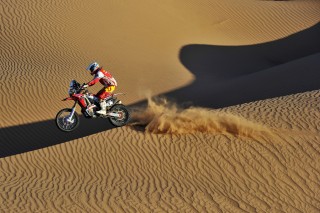 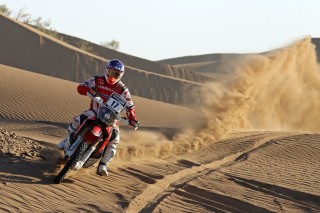 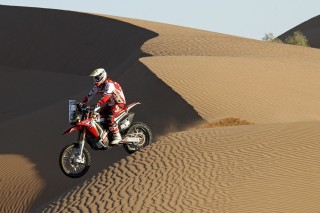