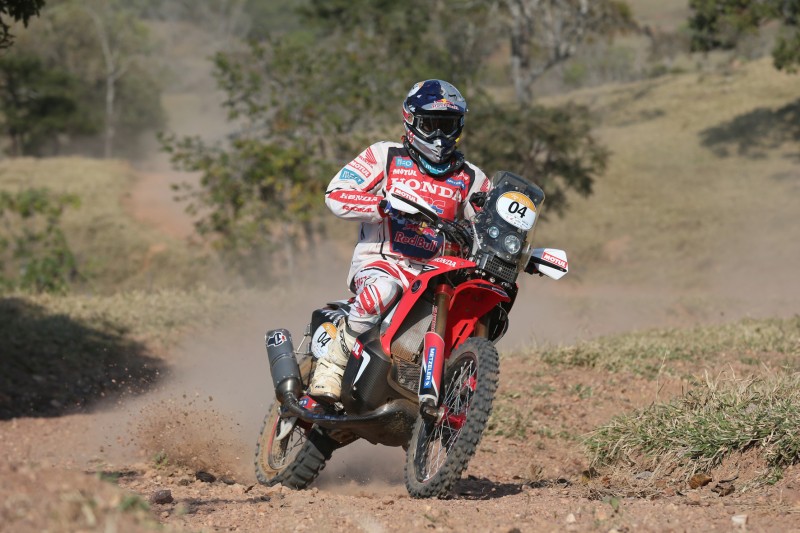 It had been a tricky day at the Rally dos Sertoes for Team HRC, who managed to turn out a positive result, with Paulo Goncalves riding a commendable stage after starting out from the front after yesterday’s victory. The Portuguese rider made it to the half-way point without being reached by his adversaries.

Today’s stage, featuring a timed section of 209.86 kilometres over a mainly rocky course, but also included a lot of loose gravel and stretches of harder surface, which allowed the riders to raise the pace considerably. The ride also took in a lot of navigation as the route wound through rural villages, eucalyptus plantations, and included the speed checks which have become a constant feature in these races.

Paulo Goncalves skilfully handled the Honda CRF450 RALLY, always attentive to not lose precious seconds, and concluded the race with the day’s third best time behind the race winner and Honda Brazil’s Jean Azevedo. ‘Speedy’ is consistent in the second place in the overall. Helder Rodrigues, Goncalves’ sidekick at Team HRC, rode a fine special, finishing in fourth place. ‘Estrelinha’ thus climbs a place on the overall leader-board.

The two will be looking to better themselves in tomorrow’s fourth stage, between Paracatu and Sao Francisco, as the riders prepare to face 363.85 kilometres of timed special – the longest of the whole race- in a stage that totals 585 km.

"Today was a good day’s race. I started out from the front and finished ahead too, opening the track the whole day. I lost a little time, but that’s normal. Tomorrow, I start from third position and have 360 km to make up time. I hope to be able to ride hard without making mistakes to make up some time and get up to the front of the race."

"Today we ran the longest rally so far. It was a very picturesque stage passing through some nice areas, but with a lot of navigation and some difficult track. Finally I managed to do a good job and finished fourth, that keeps me in with a chance in the overall standings. Paulo had a great stage, as did Jean. The three of us together are doing good work in the race, and we have to thank Honda for all its support."

"Today was stage three of the Sertoes Rally. Paulo Goncalves opened the track and also finished ahead of the field. In the end he had a nice third position overall, not losing too much time. Also, Helder got a very good result in fourth, moving up in the overall positions. Now we are coming to the most decisive stages with 330 kilometres tomorrow, and 350 km the following day. We are in a good position to attack, and everything is working well. The bike is running really well so we are happy. We are very motivated too, and have everything in hand to attack over the next few days for the final result." 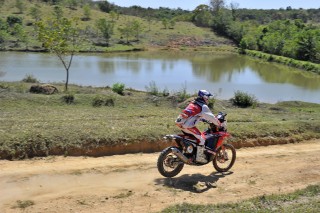 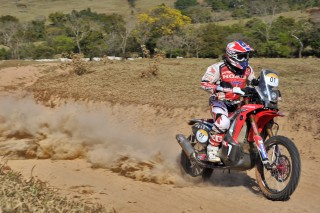 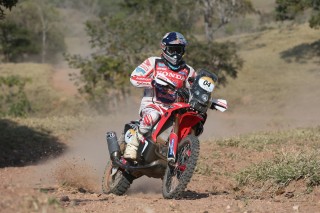 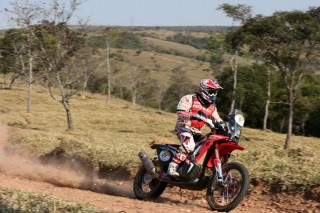