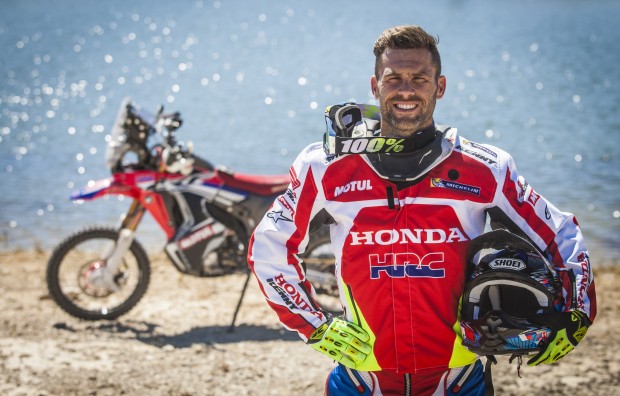 It’s been a mere two months since Michael Metge joined the ranks of Team HRC Rally and preparations for the first race are almost complete. Over recent weeks the French rider has been through a vigorous training regime which will allow him to debut aboard the Honda CRF450 RALLY in Morocco. Now is training with the team in Spain.

Never a day goes by when Michael Metge isn’t – in some way or another – dedicated to Team HRC, aware as he is of the enormity of the task at hand, that of winning the Dakar Rally. What with all the gym workouts, the bike training, the office work and labouring over the finer details of his forthcoming objectives; this year there will be no holidays for Michael. The rider, who hails from Nimes, France, was convened last month by the official Honda team, where he was received by new team-mates Joan Barreda, Paulo Gonçalves and Jeremías Israel who took part in a stage alongside Team HRC’s technical staff.

– Since last June you are the new rider on the Honda CRF450 RALLY. Tell me about your career and how you’ve got this far?
– For me, the bike is everything. Mainly, it’s a way of having fun. I’ve been riding since I was four years old and I am lucky enough to have parents that had a fantastic plot of land where it was easy to train. My brother and I built a cross circuit using my dad’s bulldozer. I started with the motocross championship, where I won the Languedoc-Roussillon, then I moved on to enduro and rode for various teams and combined that with working for the family business. The motorcycle was an amusement and a hobby. Gradually I was heading towards rally, because I think that it’s in the family’s gene. My father rode the Dakar six times and my cousin Réné was heavily involved and ever since I was small I’ve dreamt about it too. From when I was five or six, I wanted to accompany my dad to the Dakar with the PW50.

Three years ago I got to do my first Dakar with Yamaha thanks to a good finish in the Sardinia Rally with a third place on the final day. The following year I was Cyril Despres’ water-carrier. It was an honour because in France and for me personally, Cyril is a great rally rider and to be at his side was a real honour; I learnt a lot. I have never met anyone in the world of motorcycling as professional as he is.

It’s the icing on the cake to be with Honda. I’ve had posters on my wall since I was young of J.M.B., McGrath… We have always had Honda at home which is why it is so incredible to make a step like this. With Joan, the fastest rider, Paulo and Jeremías, I think that I’ve got a lot that I can learn from them; they are really fast riders.

– What does rally mean to you?
– Rally, and the Dakar – which is the highest level of rally – is an adventure race. I started in motocross, but I quickly moved to enduro because I loved the naturalness, the adventure…. The Dakar is a great adventure where you have to be very autonomous and handle yourself. It really is the adventure that attracts me to the Dakar. Also, it’s a team sport which requires a professional environment and that way you are able to enjoy everything to do with the race.

– How do you define yourself?
– I would define myself as….. I don’t know. I don’t want to blow my own trumpet, but…. I think I’m a great worker. I’ve got where I am without ever being given anything. I’ve made it this far by hard work and sheer effort. I’m perseverant and proud of myself. Plus, I try and ask myself every day how it is possible to get better, because there can be no resting on your laurels once you’ve got into a good team. You’ve got to force yourself to be competitive.

– Your younger brother Adrien is an official rider for Honda Brazil!
– Yeah, that’s right. It’s a Honda family! It’s amazing as he competes in enduro and rally and is currently second in the standings behind the champion, his team-mate Azevedo. Adrien came to France a couple of weeks ago and we trained together. I’m very proud of what he’s achieved, because to go to Brazil wasn’t an easy decision to make.

– One of your great qualities is mechanics.
– Before doing rally I worked as a mechanic in Nantes in a workshop. And before that I was in the family business in charge of the mechanics of all the vehicles. This meant that I learnt a great deal. In fact, everything that I did before has come in useful: bike-riding, mechanics, water-carrier…. So, if I have to help my team-mates out, I’m available.

– You’ve put in a bit of mileage on the Honda CRF450 RALLY. How would you define it?
– The initial feeling that I had was that it is easy to ride, very agile, easy to handle, light… Straight away I felt at ease on the bike. Also, I’d have to point out the engine which is very efficient at low revs and is very powerful at the top end too. To sum up: it’s an easy yet very effective bike.

– In the four years that you have been in the world of rally, how has the navigation been going?
– I’m going to keep working at it because I think that in rally there are riders who navigate really well and others who just follow the tracks; I want to be in the first group. My job will be to help Paulo and Joan, both of whom are really good at navigating, so I will do everything to keep learning which is really important. Last year’s Dakar wasn’t very difficult for the navigation but I’ve got to keep pushing in that sense because the Dakar is an adventure and the navigation is super-important. I’m lucky enough to have been given great advice by the rest of the team. Joan has trained me really well in Zaragoza and I will try to keep following Joan’s inspiration.

– Next races will be the Morocco Rally and the Dakar 2016 with Bolivia and Argentina. What do you think that the Dakar 2016 will be like?
– Undoubtedly it will be a very full Dakar, intense from the start. Also, there will be a lot of technical track in the Bolivian heights. It will be very physical as it is every year. I hope that there will be a lot of technical stages which is my cup of tea. I believe that it’s necessary to prepare a lot physically and be as fit as possible. Chile and Peru is not on the route; last year there were some stages in Chile that were very simple and not such fun to ride. I prefer Argentina and the technical tracks rather than the boring straight ones. 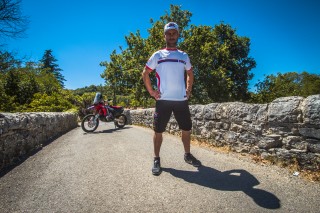 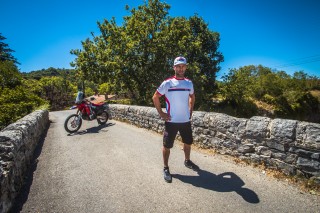 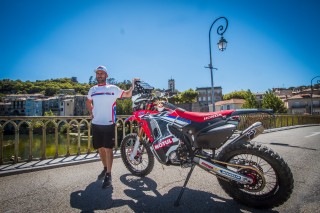 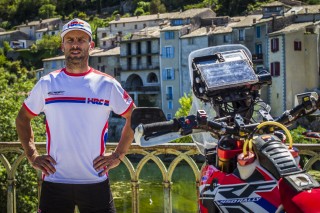 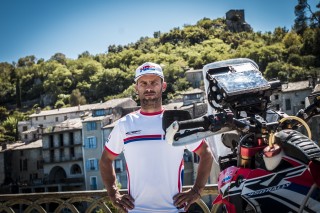 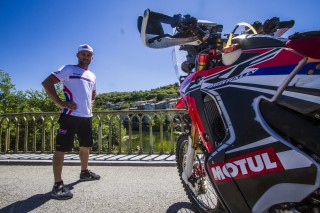 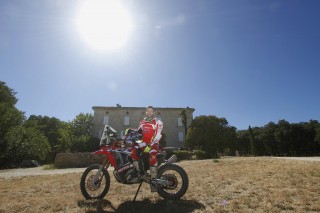 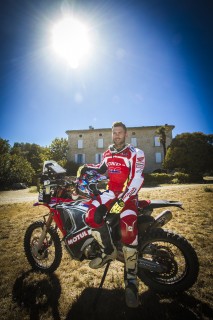 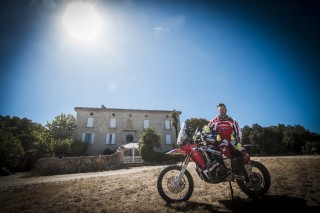 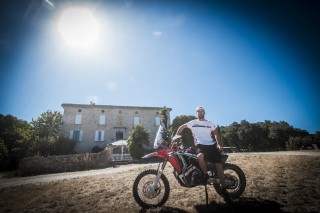 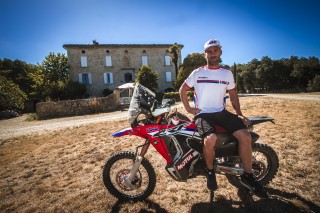 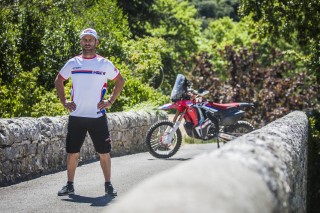 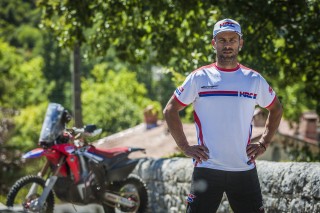 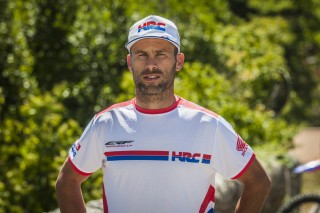 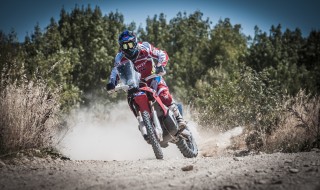 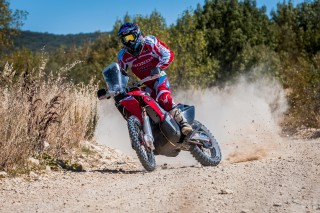 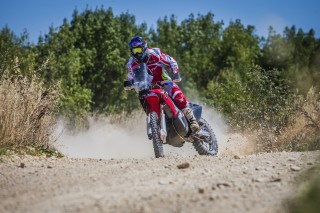 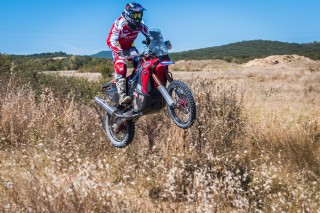 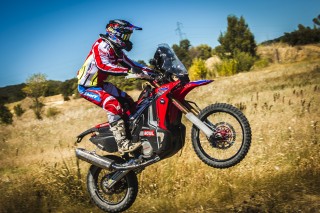 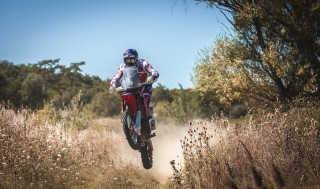 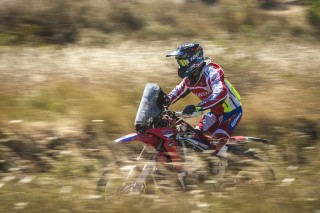 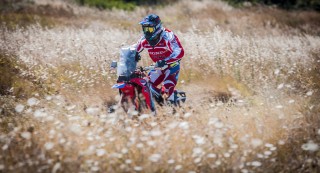 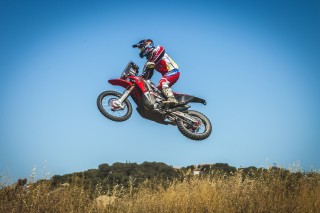 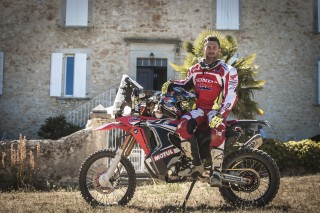 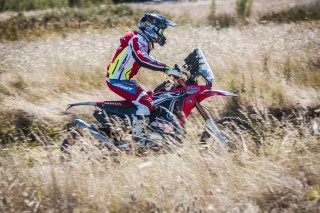 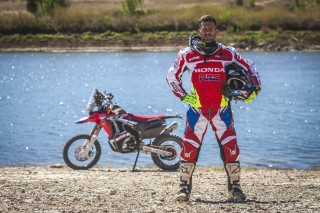 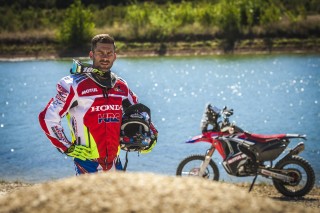 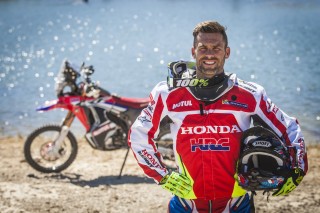